March of the Wooden Soldiers

I've always liked the appearance of the Playmobil figures and have seen some truly amazing armies and displays people have assembled with these. But wow, the cost must be staggering.  I wondered how it would turn out if I tried my hand a making some figures of my own in roughly that style and scale. 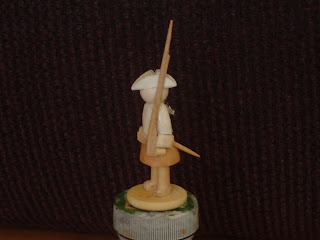 The head and upper body is made from gaming pawns which are some type of wood composite.  The bottom of the coat is an "angel" pawn cut in half, all the rest save for the tricorne and pigtail are various wood bits. I made the brim of the tricorne by cutting a circle of cardstock.  Here is the first figure as painted. 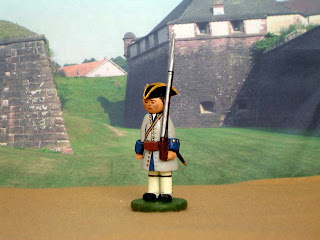 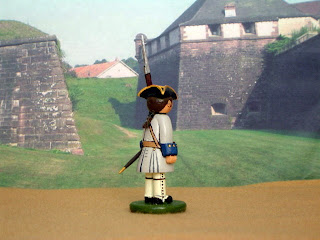 And this is as far as I got with the project: 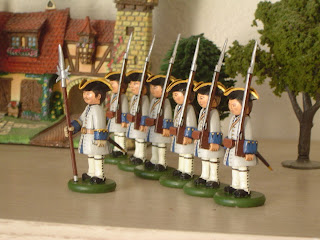 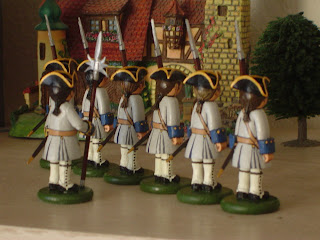 I'm satisfied with the toy soldier look but the way I have built them is quite labor intensive.  After the novelty of building the first few, the construction becomes a rather laborious means to the end to arrive at the fun part, the painting. If I could buy figures like this "as is" or simplify the construction somehow, I can see painting some nice formations of them.  And of course, if no suitable toy horses could be obtained, making the cavalry would present a whole new set of challenges.

Still, haven't entirely given up on the idea yet and it could be something to do during my retirement years - that is if I ever make it to retirement, it feels like a constantly receding mirage at this point.
Posted by Corporal_Trim at 11:06 AM