Here's some examples of the Schmittdiel infantry. First, grenadiers in the Bavarian style. 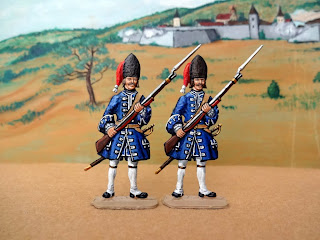 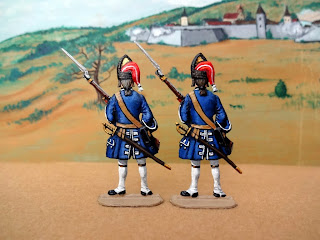 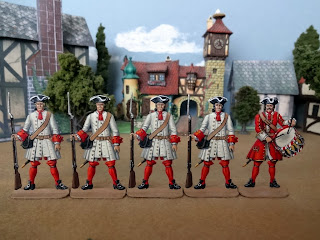 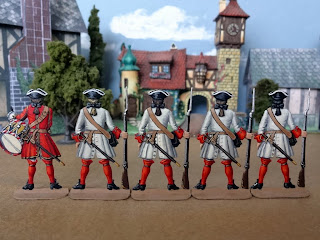 Lastly, despite the long-waisted look, I think Rossner did it better. Same scale, 45mm. 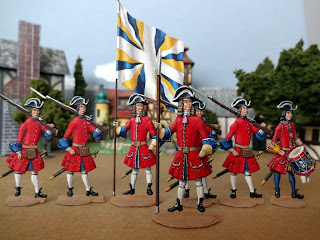 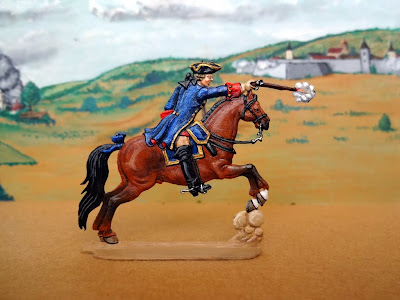 This post will cover some of the 45mm flats edited by Zinnfiguren-Offizen Schmittdiel of Neustadt.
http://www.zinnfiguren-shop.de/Zinnfiguren-Shop/Willkommen.html

Schmittdiel is one of the smaller editors, offering three main categories of figures: Christmas ornaments and holiday-themed flats, erotica (clashing a bit with the Easter bunnies), and what is of interest here: Soldaten des Barock und Rokoko.  The pdf catalog shows what's offered but as the catalog shows only painted figures, a better idea of the castings can be gleaned from Amazon.de which Schmittdiel seems to use more than eBay these days.

The castings show some really good, large 18th Century flats.  As you might expect from "Barock & Rokoko", there's somewhat of a mixture of styles which look right for the WSS era and others (chiefly amongst the cavalry) which look more like 7YW.  Additionally, there's a good supply of musicians and several civilians & aristocrats in sedan chairs. But some irritating design quirks and lack of focus really detract from what could have been a great series of figures.  Issues:

* Cavalry are in profile, infantry in frontal poses.
* Odd scale - 45mm.
* On the expensive side.

It's the first which looms the largest, really a deal-breaker for anyone who'd care to use them all together for wargaming purposes. Why on earth the designer chose to make most of the infantry in frontal poses really boggles the mind. I would really have been down with collecting these had they been cast in conventional poses.  But as it stands, they don't match the cavalry: what can you do here - stage a cavalry review with the infantry lining the parade route ?  The other option would have to make the cavalry in say, 3/4 profile, more consistent with the infantry and then maybe we'd have something.

Further, the mounted generals, the dragoon and what looks like a guards cavalryman are cast in an "eyes right" pose.  This somewhat spoils the utility for anyone who had in mind creating credible battle squadrons and makes them needlessly harder to paint.

As for the latter two issues, they really go together.  The price of 3 euros foot/ 6 euros horse is more than most will care to pay for flats, but they are thick and substantial figures as flats go (with stable bases, no dreaded domino effect in formation) so I don't think the prices are too far out of line for the volume of metal.  As for size, they'll work with Meisterzinn, almost with Prince August. But once again, Schmittdiel missed an opportunity in making these 40mm.  The smaller size would've kept the price down and nice as some of the cavalry are, I'd be down with using them in my semi-flat armies.

Well, enough with the catalog of complaints, let's look at some figures. First the other side of the pistol rider. This figure handily comes with both pistol and sword, cut one or the other away for your weapon of choice. His hairstyle looks more 7YW to me, and overall a pleasing, toylike figure. 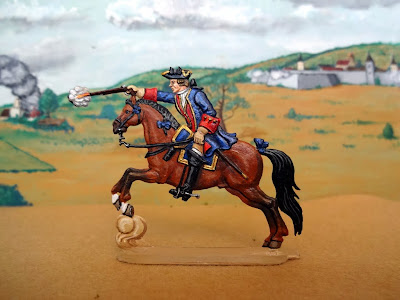 Next we have the dragoon.  You'd think riding around with fixed bayonets could be hazardous for man and beast alike but it's something easily solved with a slice of the x-acto knife.  There's a good standard bearer figure, no dragoon drummer but the kettle drummer probably would stand in well enough. 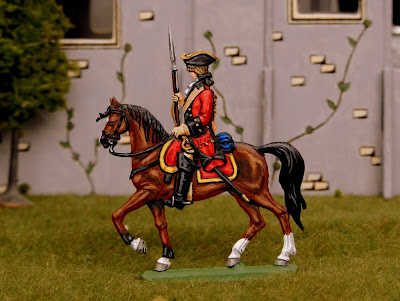 And the lobster-tail helmeted cuirassier, in the Austrian or Bavarian style. A good and useful conventional flat. There's also standard bearer, a flamboyant African trumpeter and on officer (eyes right again, but tolerable), meaning you could assemble a nice, complete cuirassier unit. 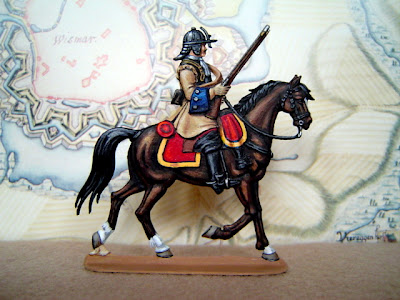 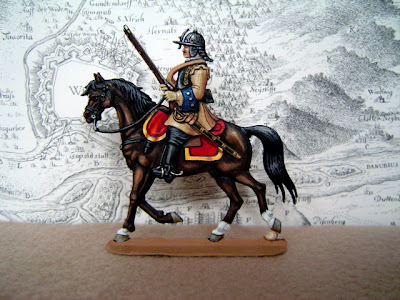 Next up, some of the infantry.
Posted by Corporal_Trim at 9:09 AM 4 comments: 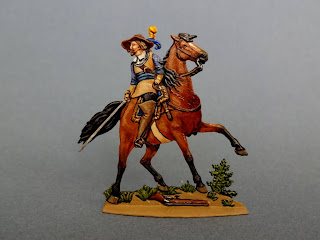 Finshed a few more figures.  In the background is a long lost and somewhat crude backdrop I painted for displaying WSS flats many years ago. My wife just unearthed it last week. Not terrible but pretty arid looking for Flanders, could pass for Spain I guess. In any case, it does blend pretty well with the brown felt in the foreground.

This figure represents the Swedish general Johan Baner, the name strangely reminiscent of a certain well-tanned politician from Ohio. 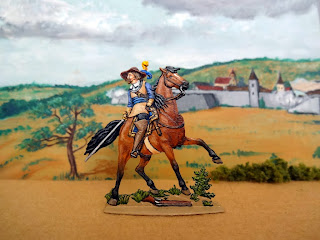 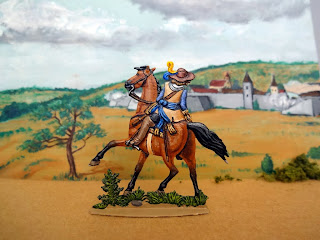 The infantry look a little better in this setting. 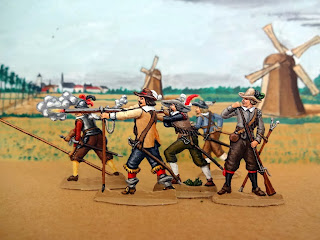 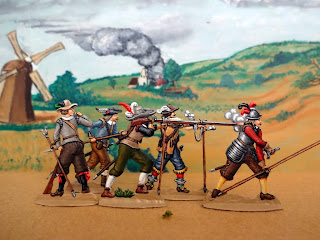 Next up, working on a few Schmittdiel flats I've had in the painting queue for some time now, 45mm figures for the 1700-1750 period.
Posted by Corporal_Trim at 11:05 AM 3 comments: