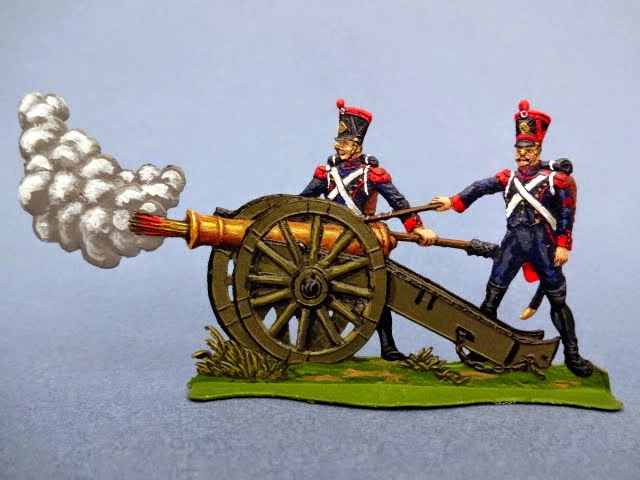 Here's an interesting Heinrichsen flat from set # 4052 - Schlacht an der Katzbach. The set was initially offered in 1888, dating from what I think was the golden age for Heinrichsen, many great 40mm sets being issued in the 1880's.  From the same set, here's another artillery group as yet unpainted, representing the Prussian side. 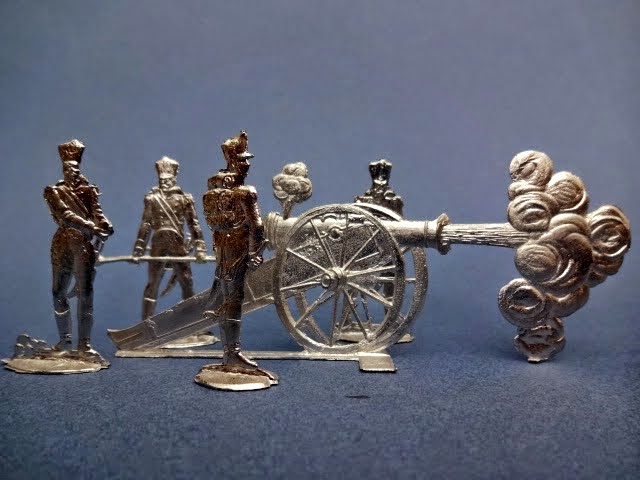 And the reverse of the painted casting.  Heinrichsen was the early master of these one piece figure groups. 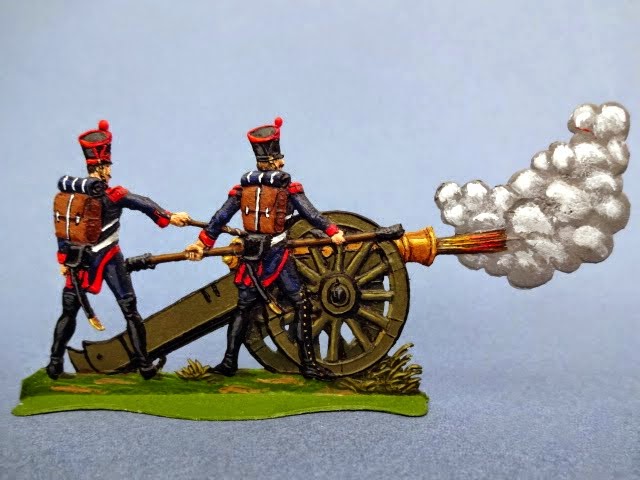 Objectively, not one of my best paint jobs but the casting itself is well animated. In any case, it's good enough to be of service in my 1815-1830 imagi-nations project.  I've also been casting and painting some of the Creartec French and Nowikoff Russians.  These latter figures I haven't shown yet, will post something about them soon.
Posted by Corporal_Trim at 11:11 AM 14 comments: