Over the holidays, I received a few more of the Creartec Napoleonic casting molds. Firstly, # 41 903. This is a companion mold to # 41 904 covered in a previous post. 41 904 will cast the marching French infantryman and drummer, 41 903 makes an identical fantassin and officer.  Creartec missed an opportunity here, the marching figure should have been elite company in one mold and center company in the other.  The masters could have easily been modified to do that.

Next we have # 41 903, Prussian infantry in the same marching pose as the French and another figure in the toylike "running infantry" pose, like the old Britains Highlander. 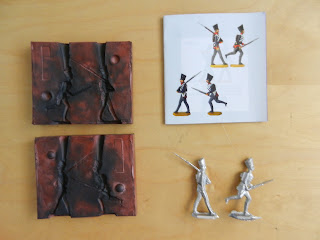 Once again, these are very much in the Schneider bleisoldaten style.  There's a companion mold I don't have which contains an officer and musician (unfortunately not a drummer but a bugler).  All of these basic infantry figures are very easy to cast. 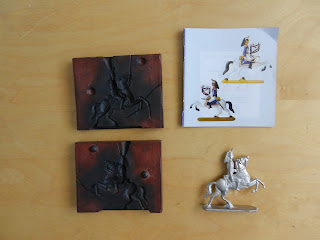 This is an odd one, casting a noticeably smaller figure than the British dragoon of the same series. Further, from the lack of a carbine & cartridge belt and the trim at the bottom of the cuirass, he appears to be originally intended as an officer. Yet there's no corresponding trooper, this is it. There a good and bad points to this mold. Good - the sword held down at the side completely avoids the "guy brandishing a knife" short sword cast problem. Bad - despite the reinforced hooves where they connect to the base (and an awkward bit of painting there no matter how you treat it) the rearing horse pose is subject to breakage. At any rate, this is the painted result: 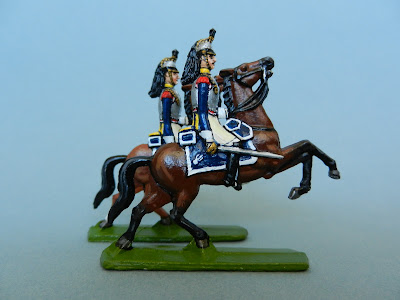 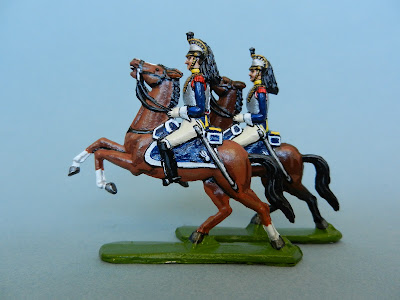 Where do I go from here ?  Not sure.  There are things I like about these, but I feel that Creartec erred in parroting the Schneider style with this series.  I think hobbyists would have been better served without the retro design quirks, by sticking with the semi-round ambiance (and lead savings) but more in the mode of Holger Erikkson's Prince August figures.
Posted by Corporal_Trim at 10:00 AM No comments:

Here's a multimedia kit I built quite a while ago, Revirsco's British gunboat, H.M.S. Terror.  The sailors are 25mm but on the smallish side. The guns and many of the smaller fittings are metal, the rest is cardstock.  The four quick fire guns on the sponsons swivel. 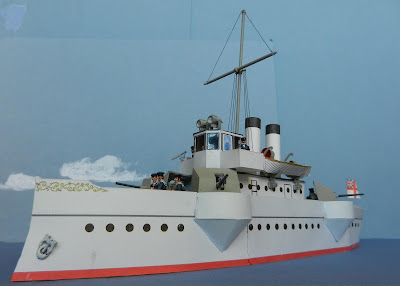 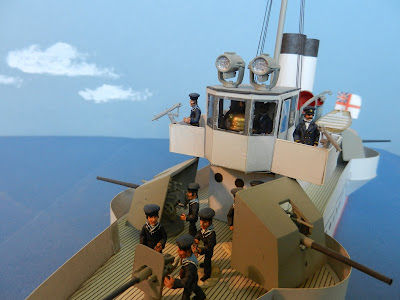 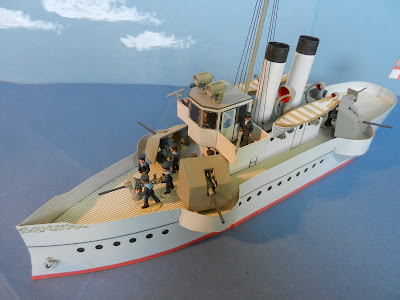 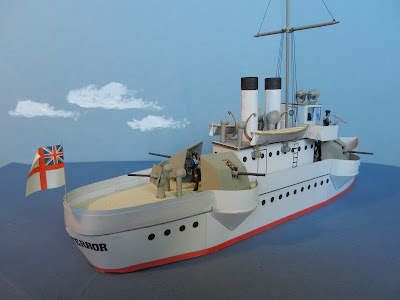 I'm thinking about putting this up on eBay, not sure how to handle the packaging though as the mast is anchored in place and the model is somewhat on the delicate side.
Posted by Corporal_Trim at 10:41 AM No comments:

Here's the first infantry formation painted for the imagi-nation of Celtica, the 15e Ligne.  All cast from Zinnbrigade molds. 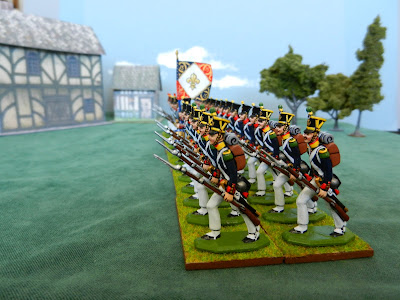 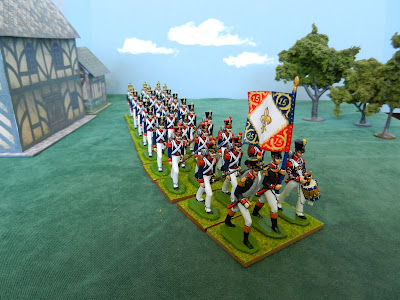 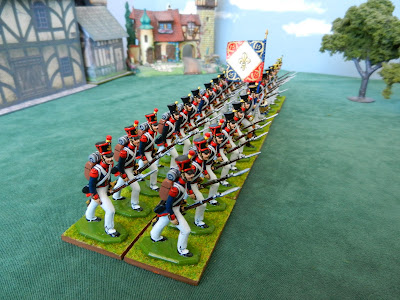 Here's something I experimented with a while back. Some may recall the earlier post here about the Spenkuch toy flats, as seen in the example of the title image above. The problem is the range is limited, or it's probably more accurate to say, limited in what's left of it to be obtained today.

My idea was to try my hand at making my own.  There are a couple of ways to go about it, one is freehand such as I did with this torpedo boat. 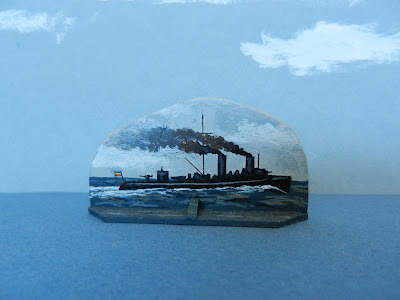 Or, if it's too much work to sketch something, copying an image isn't a bad way to go either. In this case, my inspiration was Jane's 1898.  This first edition of his long running naval annual works nicely as the book features Jane's excellent drawings, soon to be replaced by photos in subsequent editions. However, as all my Jane's are Arco reprints, the drawings actually hold up better than the grainy period photos. 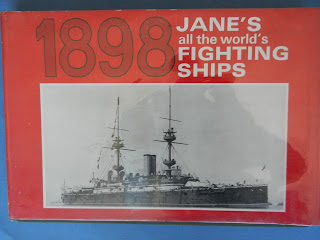 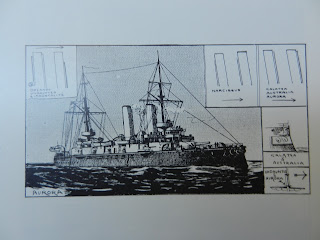 I scanned the French pre-dread Jaureguiberry, also flipped it and printed out both images to copy the ship as seen from either side.  Next I glued the paper to a basswood backing, created a base and using the outline of the photo copy, painted colors on the ship and the surrounding sea. 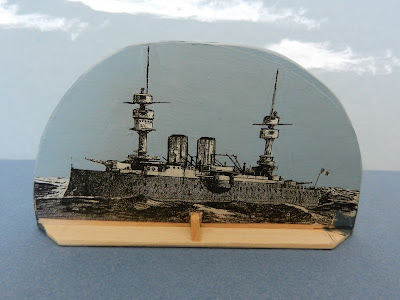 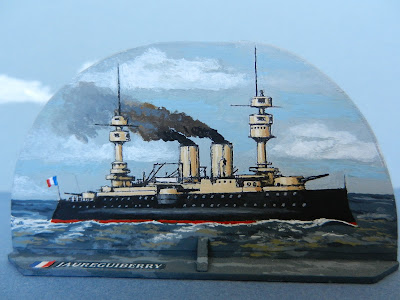