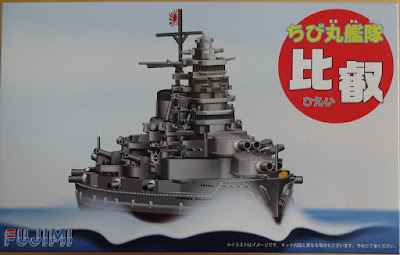 Here's a model I actually finished a few months ago.  It's one of Fujimi's Chibi Maru warship series, depicting capital ships of the Imperial Japanese Navy in cartoon style. This particular kit represents the battleship Hiei which was sunk near Guadalcanal in 1942.  After seeing these posted on Bob Cordery's Wargaming Miscellany blog, I was tempted to try one and ordered from eBay.  The kit shipped from Japan fairly quickly and was reasonably priced when you consider what plastic models cost these days.

How was the build ?  Pretty straightforward.  All instructions with Japanese text of course, but as the plans are a series of numbered schematics, it wasn't difficult to assemble. 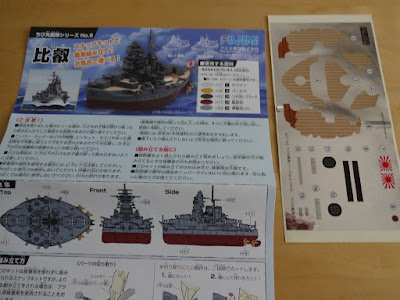 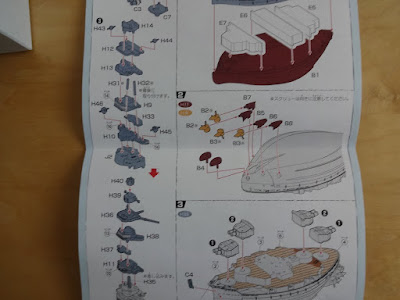 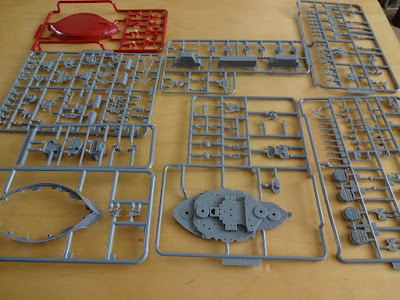 This is designed as a snap together kit so theoretically no glue needed.  However, I found some of the tolerances tight indeed which no doubt ensures pieces don't fall off once assembled, but proved difficult to force into place.  Thus I think a child would struggle to build this and in straining to insert certain pieces, one runs the risk of some small part flying off the tweezers or pliers to disappear in some far corner of the room or carpet pile. As I went along, I found myself increasingly shaving parts for an easier fit and relying on glue to hold things together.

How does she look ?  Not too bad. It's a simple brush job in Vallejo # 992 Neutral Gray. Somewhat deceptive paint as it dries darker than it looks in the bottle.  The kit also has stickers for things like bridge windows and wooden decks but for the most part I didn't use them for anything more than the flag.  I didn't bother painting the lower hull.  They make photo etch parts for many of these kits although that begs the question, how much detail really needs to be lavished on a tubby toy-like battleship ? 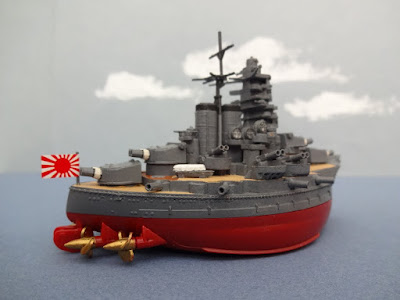 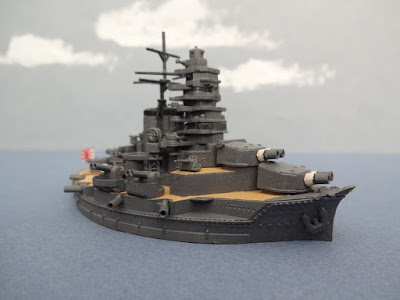 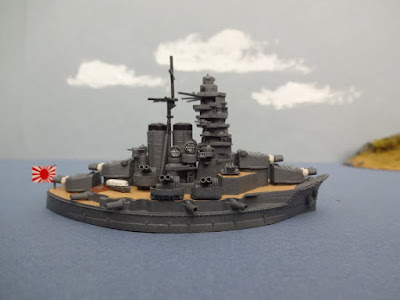 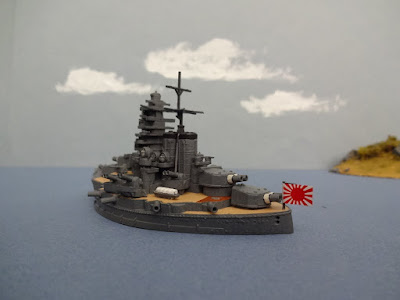 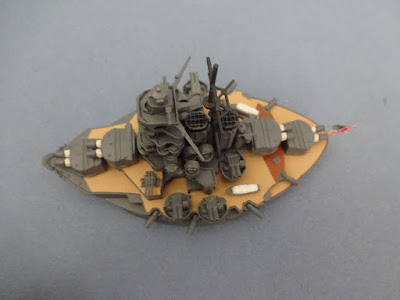 So what's next for me in this series ?  Nothing really.  You know, if Fujimi had designed these in relative scale to each other and issued a USN counterpart to do battle with, they might have some wargaming application.  As it stands now, the kit is a novelty piece although I did enjoy the change of pace in building something like this.
Posted by Corporal_Trim at 10:10 AM 11 comments: