Confessions of a Lego Convert 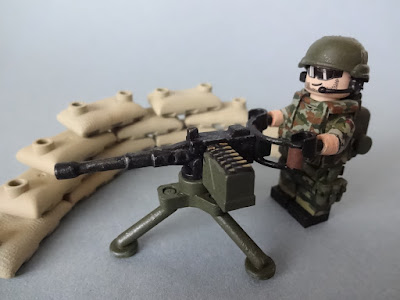 I have to open this very belated post with an admission, I've neglected this blog most shamefully.  No doubt readers (if there are any left) have written Castles of Tin off as just another blog abandoned without a clue why, consigned to the dustbin of the internet.

Suffice to say that I'm still alive and kicking but went through months of a deep funk where I couldn't summon the motivation to work on any of my numerous half baked projects.  Yes, I dabbled with this and that but accomplished little worthy of actually putting together a blog post.  I also dropped out of the blogosphere - a tactical error in denying myself the inspirational effect of viewing other's work.

Personally I've been doing well enough.  Although an unwelcome occurrence this year was the onset of a slight tremor in my left hand.  I had it checked out, the neurologist said it didn't herald the onset of some degenerative disease like Parkinson's and for that I'm grateful.  That said, it's impacted the painting a bit.  Although I'm right handed, holding the object in my left hand can make for a shaky target.  It seems to wax and wane, perhaps I don't have the precision of old but I can still paint !

Oddly, what got me back on track was the gift of a Lego Speed Champions kit from my stepson.  The car is an Audi Prototype racer, in truth not a great replica (not to mention to mention the P1 cars are Batmobile ugly these days anyway).  But I did readily see the appeal of Lego.  That is something American kids growing up in the 50's missed out on. We had to make do with Lincoln Logs or Erector Sets.

Naturally, I got interested in the military side of things.  Lego themselves are a peaceable sort of toy company, but plenty of others have stepped in to fill the void. And I discovered a whole new world of Lego military groups on Flickr.  Certainly a most vibrant community although you're inclined to encounter a few of the same sort of button-counting pendants who frequent wargaming forums, in this case laughably critiquing toy figurines for small inaccuracies in their kit.

Yes, your basic minifig has the proportions of a toddler, a cartoon face, stud holes in the back of his legs and arms totally unsuited for wielding a rifle in any realistic manner.  What they do have is (aside from a few outlier companies like Cobi and Sluban) a shared common scale and design, thus the multitude of available weapons and accoutrements fit any figure.  Genius !

Capped only by the size of your budget, you can build an army from ancient times up to the modern era.  At present, there's a lot of gaps in what you can get off the shelf, but the Ancient, Medieval, World Wars and Modern eras are well enough represented. Particularly the modern era, perhaps in part due to the popularity of Call of Duty/Battlefield online video games with young people these days.  As you can see below, I've taken a stab at a few different things.  And unlike many collectors, I do really enjoy painting the figures. 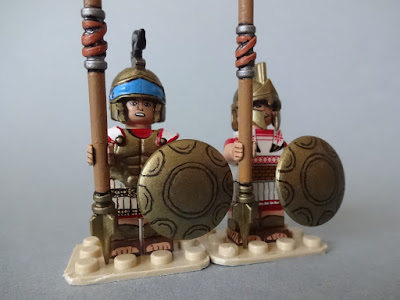 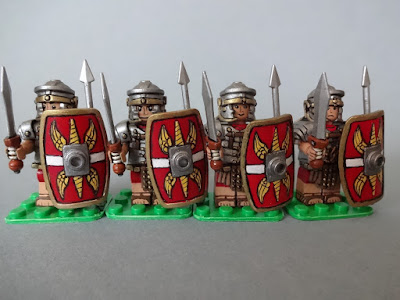 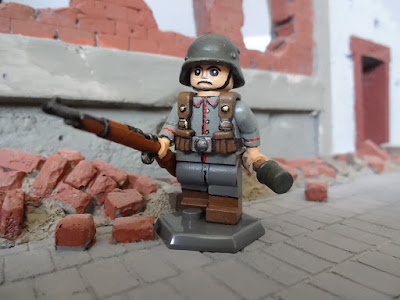 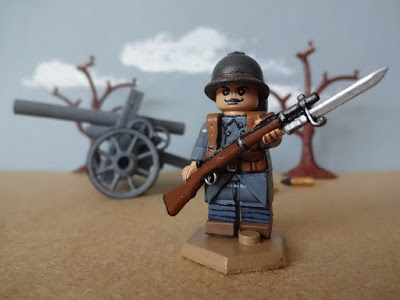 At present, the modern era is really where it's at with these things.  And particularly so given the relatively cheap and plentiful figures and armor kits on Aliexpress and elsewhere on the web. You can buy sets of modern infantry with all their accessories for around $1 per soldier.  Turning back the clock to something like Ancient Rome is going to be costlier as once you purchase separate armor, shields and weapons, a single figure will run ~ $5.

My overall objective here is to build up some squads with a few vehicles per side for some toy figure gaming.  My project is a variant on Green vs. Tan, with the Aquilonians (almost NATO) vs. the Hyrkanian Empire (almost Russian).  Let's look at a few of the Hyrkanians, I've done so far. First up is the basic conversion, out of the box guy on the right, my own version on the left. 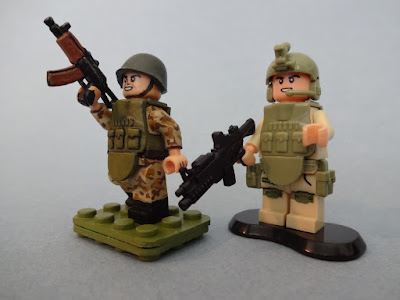 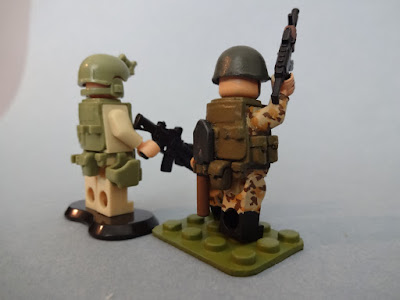 Here's the first squad, posed with the Winner anti-tank vehicle, pretty much a BRDM and the T-90 tank. 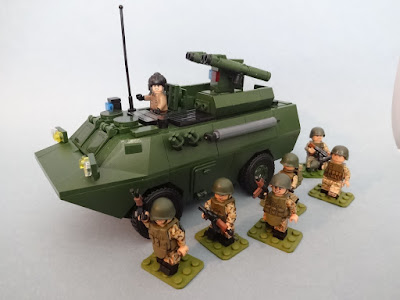 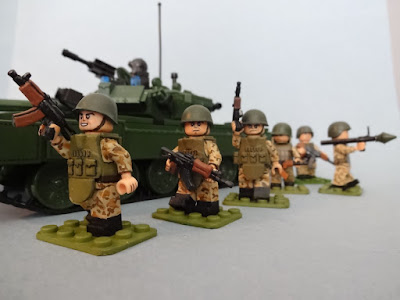 Now for some Aquilonians, Sluban APC and tank in the background: 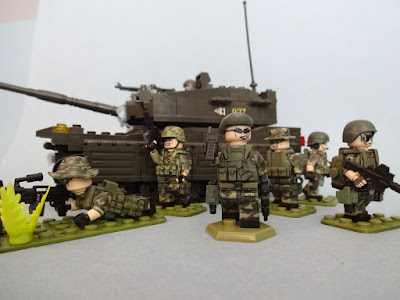 I haven't picked the rule set yet, but I have a number which could fill the bill.  Little Cold Wars may well work as well, although these figures look a bit more contemporary.

To sum up, it feels good to revive the blog at long last, and a Happy New Year to all !
Posted by Corporal_Trim at 3:50 PM 16 comments: