Here's a ship inspired by War at Sea minis.  I started collecting them several months ago in a burst of enthusiasm.  However, Pre-dreadnoughts and World War 1 ships have always held my interest more than World War 2.  Not to mention, having bought scores of ships intending to play the US vs. Japan and having obtained exactly 0 Japaneses carriers in my "pulls", it occurred to me that buying random booster packs in hopes getting the ships I needed was going to get seriously expensive.  More often it was a case of  "Arrrgh, another stinking Finnish Brewster Buffalo squadron !"

However, this abortive foray into WaS did introduce me the great bunch of fellows at Forumi: http://aaminis.myfastforum.org/

Having participated in posting WaS repaints to a very kind reception, I decided to expand my horizons to the realm of scratchbuilding.  I had occasionally built crude balsa models at 1/1200, but this was the first go at taking a more precise approach.  The ship is 1/1600. Yes an odd scale, I know. 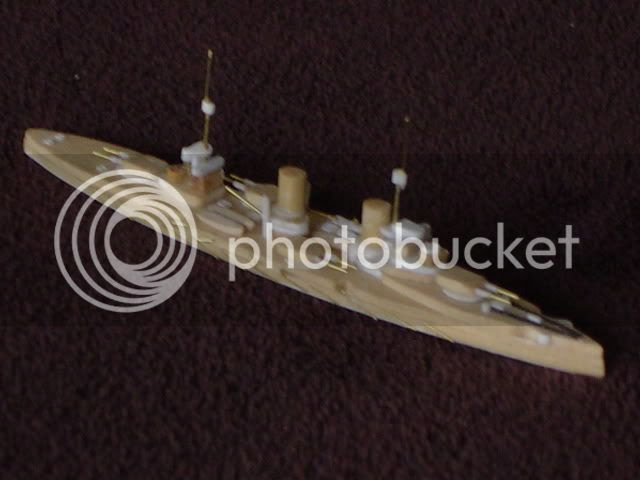 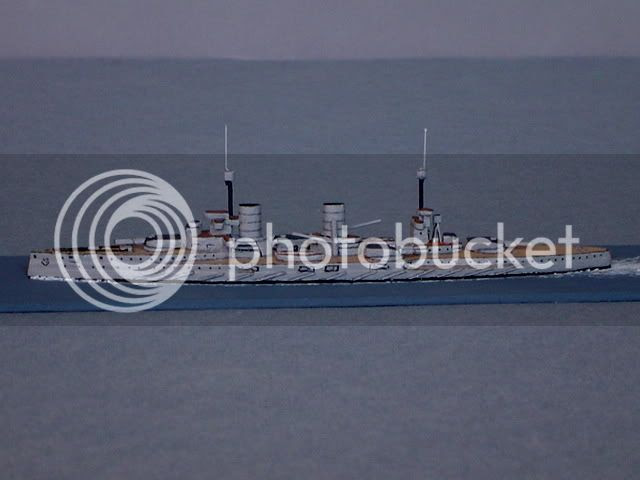 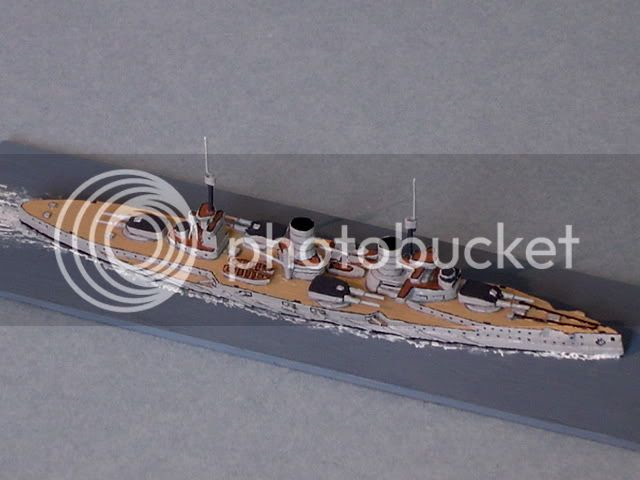 Posted by Corporal_Trim at 4:27 PM