First up, the Hapsburg class:

From Big Bad Battleships:
SMS Habsburg, the KuK Kriegsmarine's first full-blown pre-dreadnought battleship, on trials in the upper Adriatic in 1901. Armed only with three 9.4" (24 cm) 40-caliber Krupp guns (in one twin turret forward and a single aft), these three ships were little more powerful than a large armored cruiser in other navies. Nevertheless they marked a significant stride for the Habsburg Navy: they certainly had the look of a pre-dreadnought battleship in other navies. Moreover, the high-muzzle-velocity, quick-firing Krupp 9.4s outperformed the 10" guns of other navies (notably the Italians, Austria's chief rival). See the article under Links for specifics on this notable artillery.

Voted through the Vienna legislature as part of the 1899 program, the ships were designed by Austria's chief naval architect, ing. Siegfried Popper. They bear the mark of his clean, uncluttered, and balanced hand, with nicely spaced masts, funnels, and gun emplacements. The Reichstag was sold on the expenditure as delivering a good bang for the gold mark, with ships that packed a hefty armament into a small (8,300-ton) package, promising maneuverability and shoal draft for operational versatility, plus slightly better speed than comparable ships of the time. Though the ships did not reach their design speed of 20 knots, they fell only fractions of a knot short, and were well regarded, at their time of commissioning, for their intended mission.

Over all the Habsburgs met their navy's concern for moderate firepower, protection -- and expense. They provided a good bang for the buck (or in this case, the gold mark.) They certainly marked an improvement over the earlier armored cruisers and coastal monitors in terms of seaworthiness and fighting power. 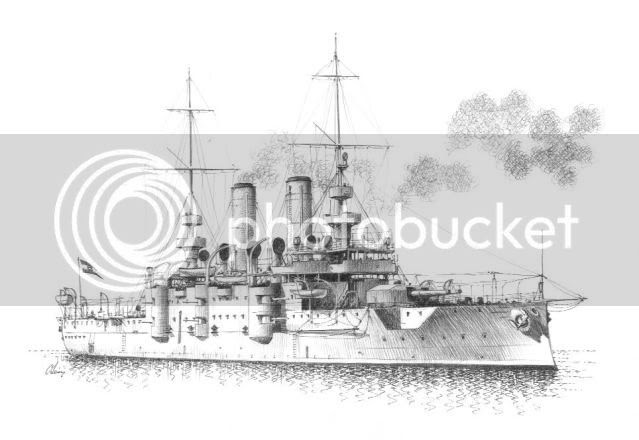 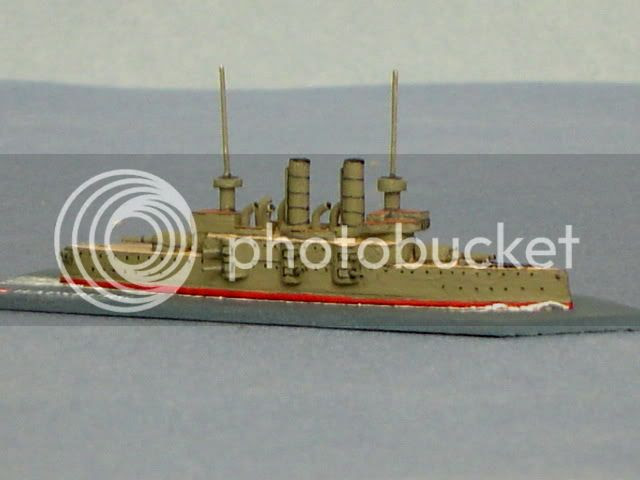 In keeping with the WaS roots,  I built these ships in 1/1800 scale.  The construction technique is the usual composite materials. 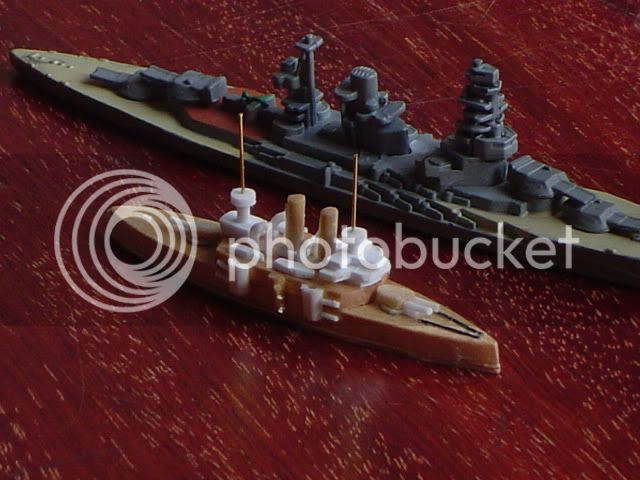 Looking rather comical dwarfed by the WaS mini, the Japanese battleship Nagato. 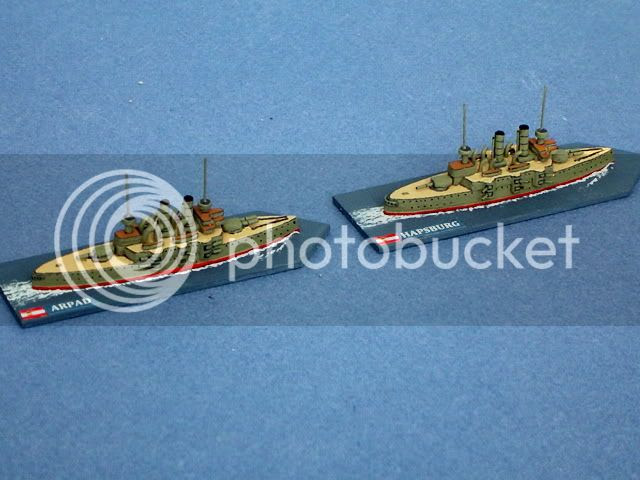 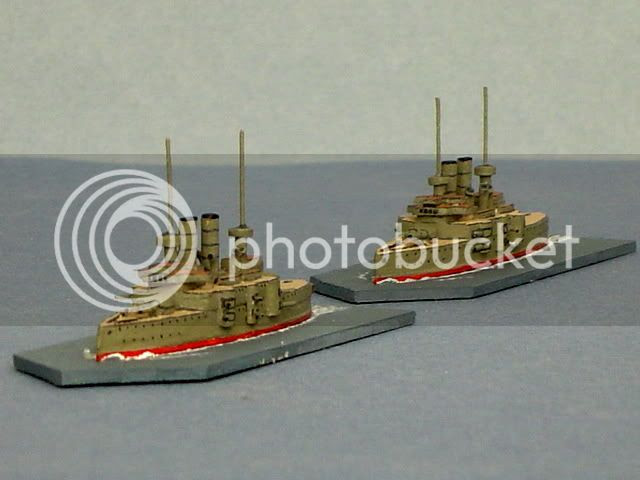 Posted by Corporal_Trim at 4:00 PM