The next battleship production for theK.u.K Marine was the Erzherzog Karl class.

The main armament was four 9.4"/40-calibre guns -- domestically produced copies of the Krupp SK L/40 -- mounted in two twin turrets. Although each vessel carried nothing heavier than these 24-cm medium weapons, the class marked an advance to the European standard of armament distribution, if not to the the 12" standard adopted by first-rate navies of the time. In fact, these small battleships compared favorably with the second-class battleships fashionable in the 1890s British fleet, mounting 10" rather than 12" guns. Certainly the Erzherzogin were not at the forefront of naval development, coming into commission around the same time as HMS Dreadnought. In other aspects of performance, and certainly in their smart appearance, they compared favorably to their Mediterranean counterparts. Like their predecessors in the Habsburg class, these three ships were little more powerful than a French or British armored cruiser. However, the high-muzzle-velocity, quick-firing Krupps 9.4 (manufactured under license by Skoda Works in Plsen) was an outstanding performance weapon of its time, inviting comparison with the 10" guns of other navies (notably the Italians, the Austrians' chief rivals). 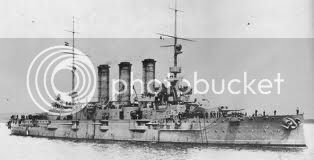 All three ships were constructed at STT in Trieste, with the Karl going down the ways first in 1903 and commissioning in 1905, and each of the others succeeding. The last ship, the Ferdinand Max, was commissioned in 1907. 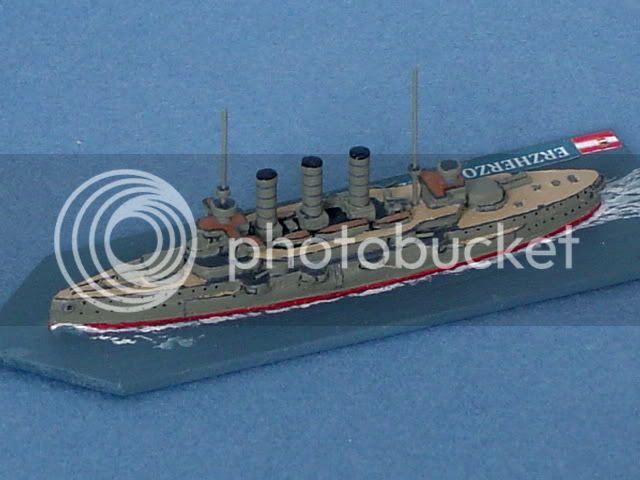 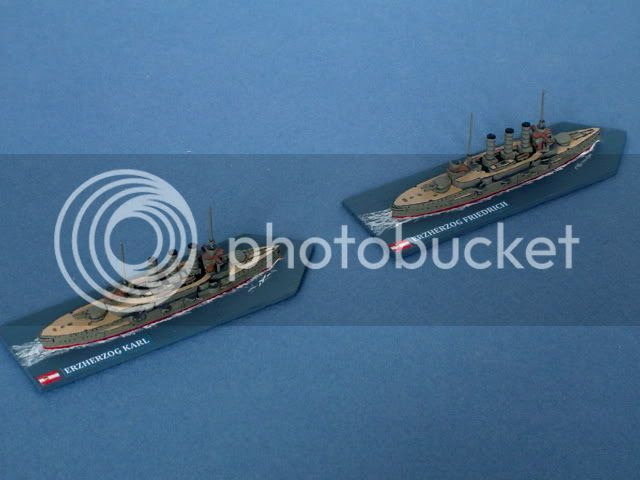 Posted by Corporal_Trim at 6:56 PM