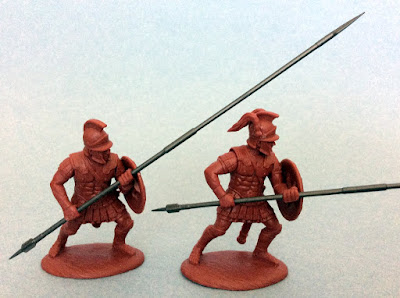 I'm well past due for a post, time to have at it !   Several years ago when I worked on 54mm Ancients, I customized some Italeri Carthaginians as a Macedonian style phalanx formation. Thinking this was a lot of work, I always had the thought in the back of my mind, "Sure wish somebody would come out with Macedonians in 54mm plastic".  Now years later have my wishes have been answered ? Well, not exactly.

Enter Expeditionary Force.  Splendid sculpts and a fine range of both horse and foot.  Just the ticket ?  Damn it, no !  60mm.  Why this scale I have no idea.  With that in mind, I stoutly resisted the Greeks and Persians. But when the Macedonians released in late 2015, the figures looked so good that I succumbed to the temptation and got a few boxes for Christmas. I'm not altogether satisfied with the quality of these images taken on the iPad Mini but they're at least adequate, so let's have a look. 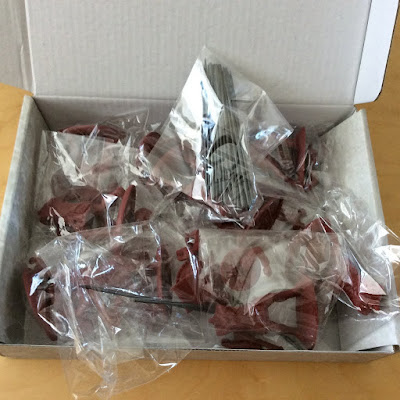 The foot come 9 to a box, horses & riders 5.  The boxes are generic, not even so much as a label on the side to identify the contents.  They average about $4 a figure, pricey for plastic but not totally unreasonable for what you get. 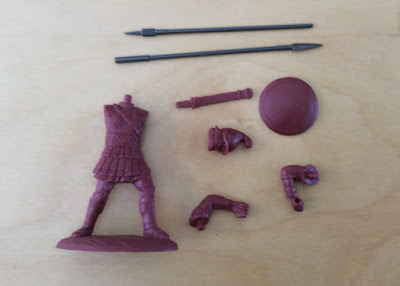 The figures are multi-part.  The plastic is on the harder end of the spectrum, with the parts fitting well and easy to glue together.  The pikes of the phalangites are two part, rather short but to my eyes that's a perfectly acceptable compromise.  The 9 figures in the phalanx box consist of an officer and 8 soldiers.  They phalangites come in two main styles of armor, linen in the classical Greek style and bronze cuirass, with two styles of shields as well which are either plain or adorned with a typical Hellenistic pattern.  The heads can be swapped at will coming with various helmet plumes and crests in each pack, thus a good variety can be achieved.  As can be seen from the top photo, the rank and file are posed 4 each with the pike level and pike raised. 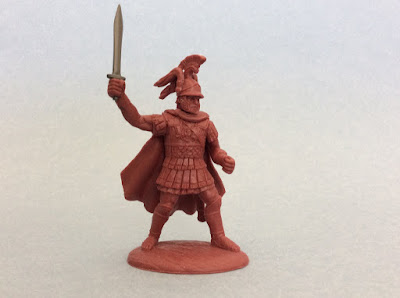 Quite a splendid officer, isn't he ? 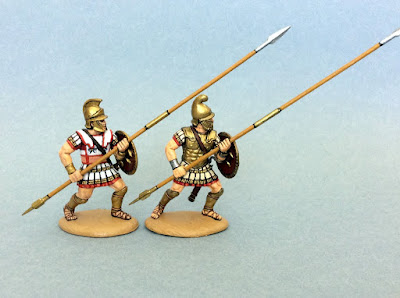 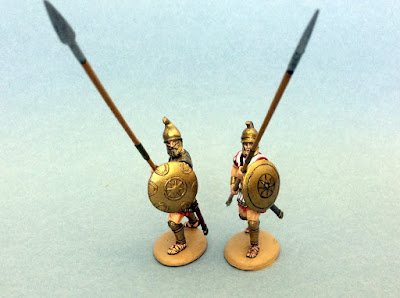 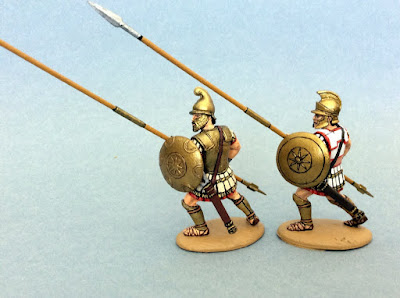 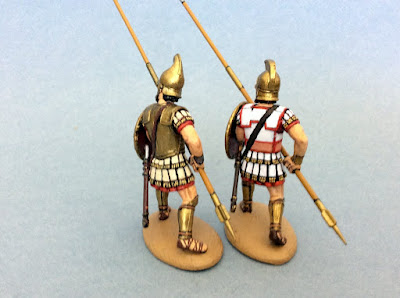 And as painted.  The Peter Conolly school, not the Angus McBride.  But really you could paint these in any fashion and who is to say you're wrong  ? So the operative question is, how do they match up with 54mm figures ? 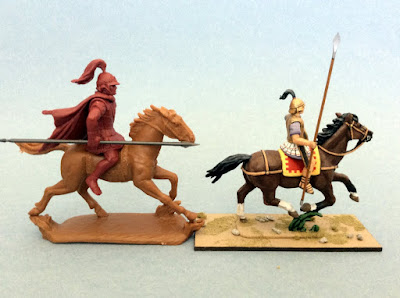 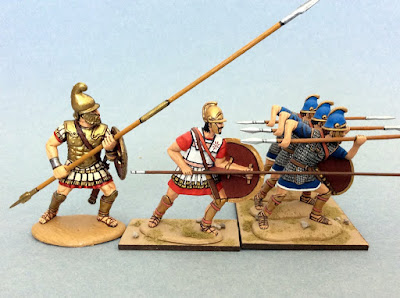 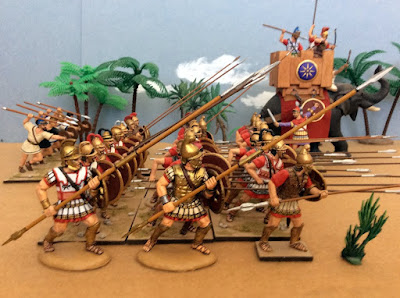 For toy gaming, I suppose one can say - who cares ?  But I have to say, the size variance is something that grates on my sensibilities. So, I think it's probably off to eBay for these chaps although I'll have to paint a few more eventually to make a reasonable auction out of it.  As I didn't assemble the other boxes they can go as is.

What's next ?  I owe another back post on the Chibi Maru battleship model, long since completed.  I've been quite engrossed of late in my  Daisenryaku video games, much enjoyment to be had in downloading the various classic games like  Super Daisenryaku and seeing what works on an emulator and what doesn't.  Plus the sometimes maddening but often gratifying puzzle of playing in Japanese.  I'm thinking strongly of starting a Daisenryaku blog but haven't completely abandoned the painting, and at the moment have resumed working on the 40/45mm flat & home cast Napoleonics.
Posted by Corporal_Trim at 5:34 PM