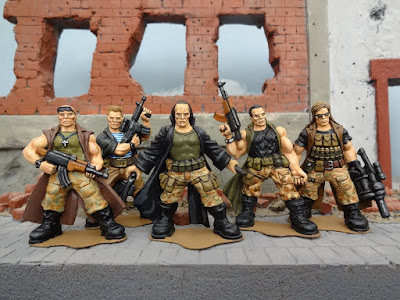 Some while ago, I posted about converting cheap plastic army men to Brickarms weapons which are designed for use with Lego minifigs.  Although the concept seemed well received by Brickarms fans due to the novelty of it, the figures looked a little over-gunned when carrying anything larger than an Uzi.  That is, the Brickarms weapons are nice replicas of the real things, but stylized and of course intended for use with the Lego figurines where the firearms are unabashedly out of scale with the figures.  As is the way with these toys, like it or not.

I still had some weapons left over, and with a set of Russian Tehnolog fantasy warriors purchased on eBay, I thought they'd be more suitable candidates for conversion on account of their already over-the-top style. 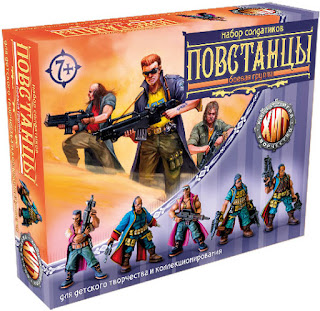 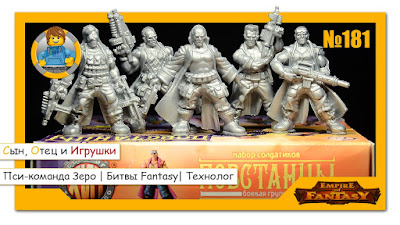 Since these are hard plastic, it wasn't too tough to cut away their sci fi guns and replace with the Brickarms.  How did they turn out ?  Not too bad, I think.  Tough guys one and all in the Terminator style, they'll make pretty good special forces or mercs for the forces of evil Tan. 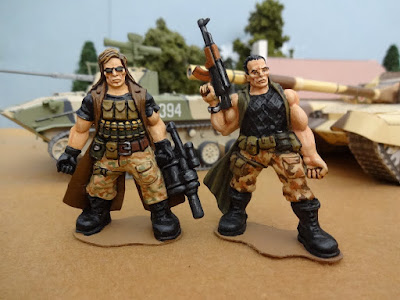 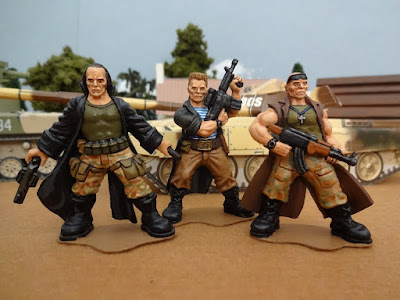 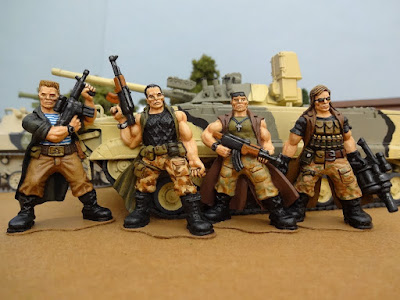 The figure in the black trench coat is unmodified, the four in the photo just above are the ones I converted.

The minifigs are cheap Sluban clones with the "Merkava" in the background. More about these in a subsequent post. I have no intention of using the little soldiers.  Ah, but the vehicles, definitely some utility there !

Posted by Corporal_Trim at 5:07 PM