I recently received a spot bonus at work, allowing me to rationalize getting more flats.  These three sets offered by Alexander Wilken really caught my eye. The figures are actually edited by Wohlmann; but unlike a certain large and well-known flats dealer, he doesn't overcharge for acting as middle man, nor for the shipping costs.  Figures now en route from Germany.

These quite caught my eye: the reiters are disinctive and although both sets of landsknechts are in marching poses, I think they won't look at all bad combined together in a battle formation.  I tried using Picasa's Invert Colors function on these, essentially it turns the photos into negatives.  I'm pleased with the effect, a bit strange but effectively accentuating the beauty of the engravings. 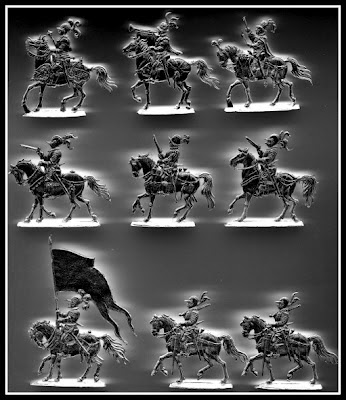 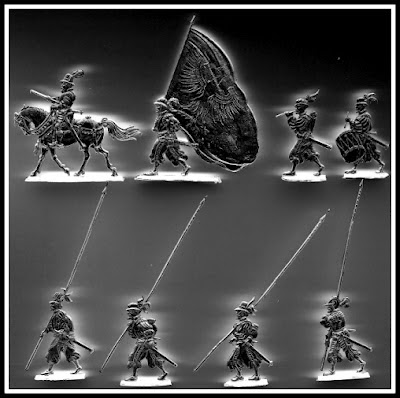 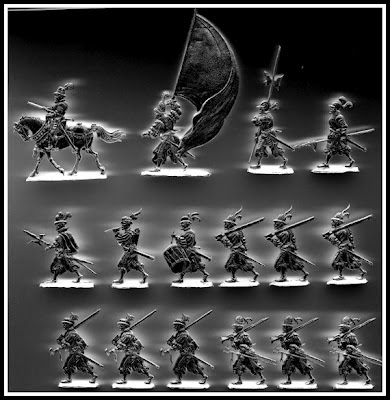 Meanwhile, I'm still working away on the 40mm customs and hope to pick up a new camera this weekend.
Posted by Corporal_Trim at 8:19 AM