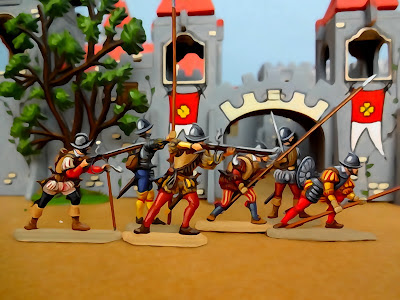 Picked up a new camera.  Haha, at Costco - one of my least favorite places to spend an hour or so.  I stifled the impulse to abandon my wife with the cart amidst the warehouse-roaming hordes in favor of watching the 49ers game in the TV section. The camera is a Sony Cybershot DSC-WX150.  Very strange that the insurance company allowed nearly triple the coverage (and not much at that) for replacing the old obsolete Sony than they did for the Nikon.  There's no Macro function which concerned me somewhat, but all the shots here were taken with it, so I think we can surmise that it's at least competent with the closeups.  The blame for any bad shots can be attributed to my indifferent photography skills.

Here's a couple WIP shots of the custom 40mm semi-rounds, designs from the talented hand of amateur scupltor John Bertolini.  John has kindly given me permission to cast my own.  I like these for the French on account of the full coats without turnbacks. I did a few things such as filing off the moustaches and adding the bayonet scabbard, but essentially they're faithful to the original design.  The figures are good match in scale and "semi-roundness" for the Prince August Karoliners and the NCO carries a Prince August pole arm. 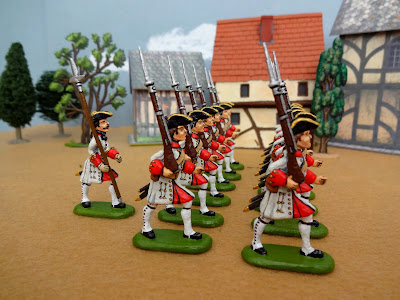 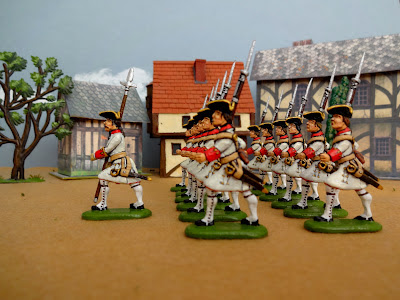 Here's a nice feature of the camera, creating photos using a Picture Effect mode.  The Renaissance flats in this post were shots taken in Watercolor mode.  The effect is kind of cool, like artist's illustrations from a book.  It  might make for an interesting excercise experimenting with painting them that way from the get-go. 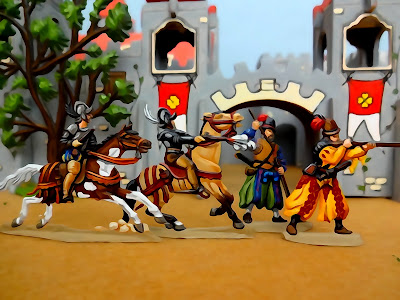