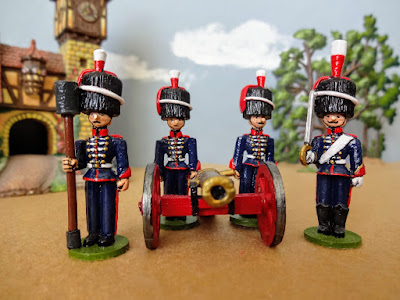 I've had this artillery set completed for some time now but never got around to posting it.  This is the Toy Town Soldiers horse artillery group.  There's also a limber set with crew but I don't have it. 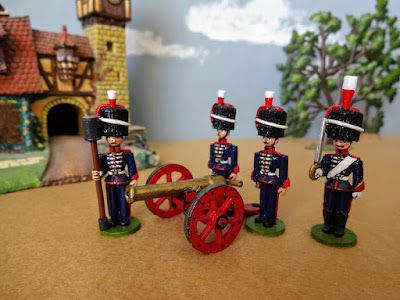 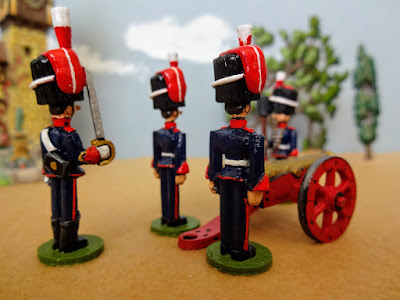 I do like these, except for the smallish gun.  Let's see how it stacks up against the Prince August 6-pounder. 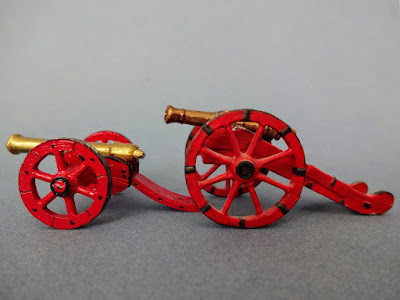 And with the crew.  Better, I think. 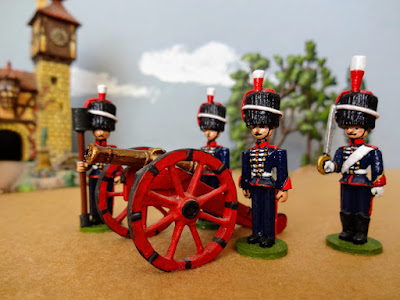 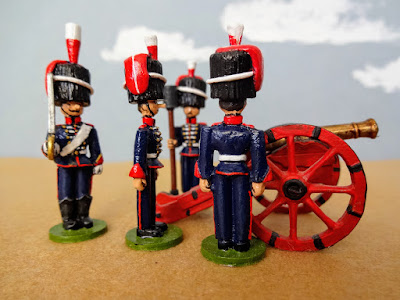 I've been inspired to take up my Toy Town Soldiers again. After fiddling with the Lego figures for quite some time, the prep work of a few minutes filing made for a nice change of pace.   I just ordered some more cavalry and the gunners in shakos without the piece.  I'm committed to the PA guns from here out, for the foot artillery at least.
Posted by Corporal_Trim at 10:05 AM