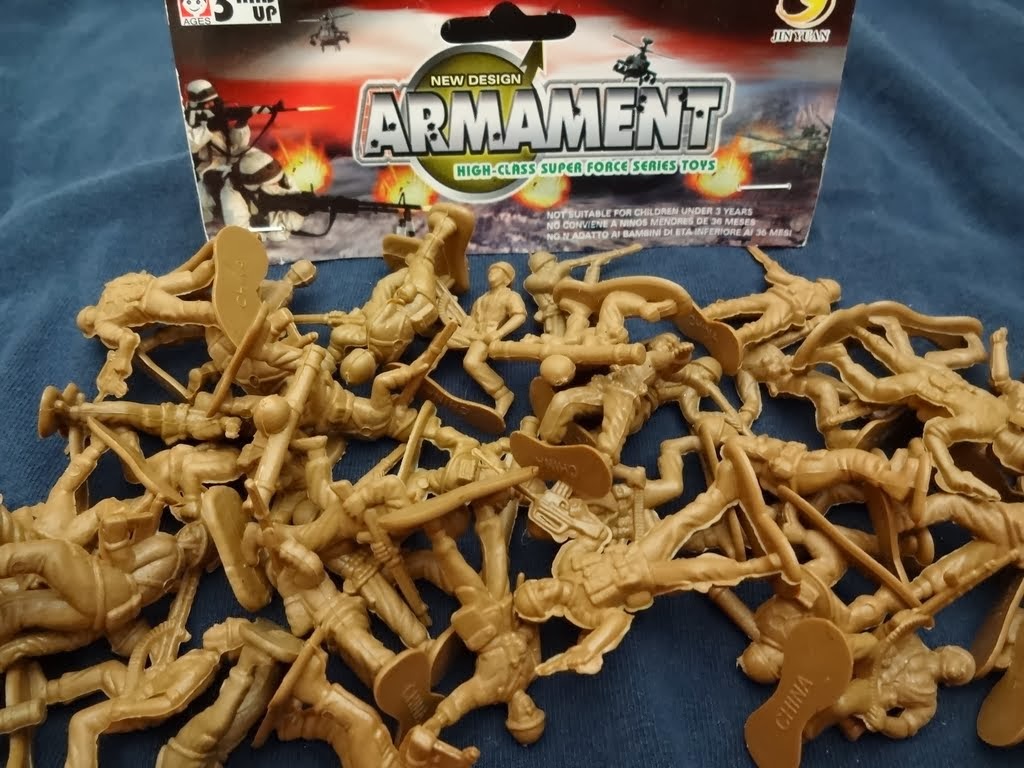 Everyone has seen them, those ubiquitous bags of cheap plastic made-in-China clone soldiers hanging on the rack in seemingly every supermarket and drug store in the US.  Do kids even play with these anymore ?  Maybe just big kids like us.  As often as not, they're 35-45mm knockoffs of their 54mm plastic army men brethren, the Airfix or Timmee roots clear to see. I've posted about them before.

Inspired by the engrossing series Jono's World at the Archduke Piccolo blog, I decided to to take another crack at these.  In this case, I modied one of the figures for the evil Tan forces. The raw materials in this bag are two main types of soldiers.  The Vietnam era guys seem to be copies in the Timmee style. But others look like British WW2 infantry from the neck down, capped off with US M1 style steel pots.  This helmet had a good long run from WW2 until the Fritz in the mid-80's, wore one myself (now over 40 years ago, wow !). 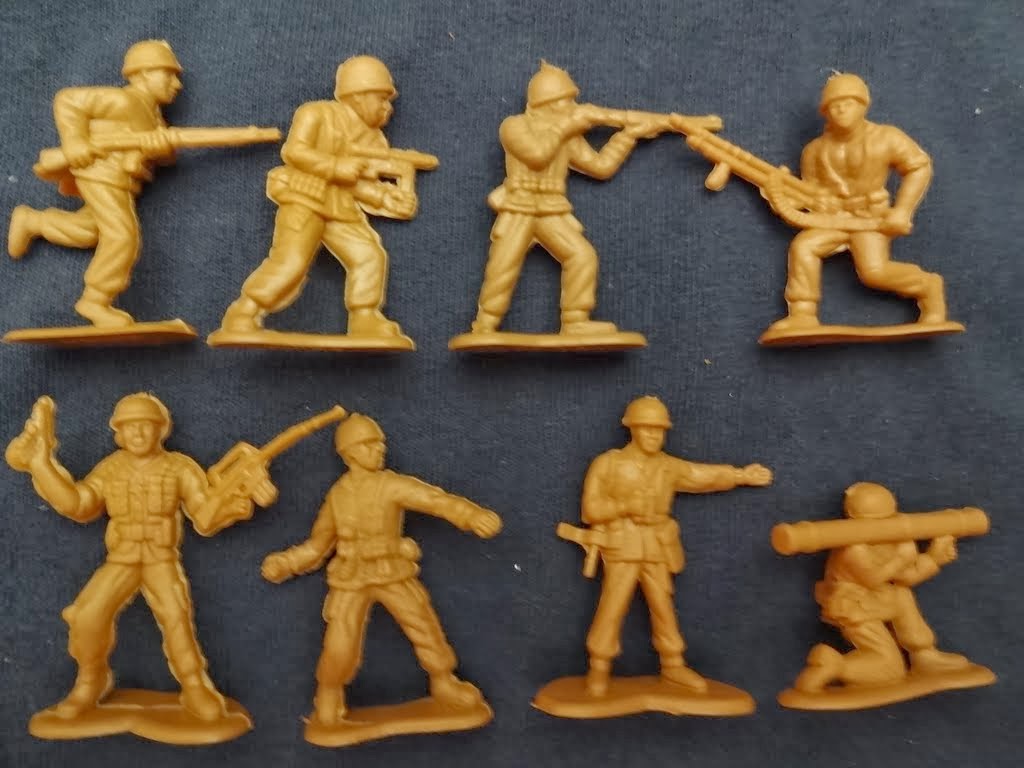 Here is the candidate figure, selected for his appealing and useful assaulting pose.  The main change was was substituting an AK for his WW2 rifle (Enfield ?), brass wire for the barrel and green stuff magazine and front sight.  That and giving him boots for a more Russian sort of look, plus a rucksack to cover the old-fashioned web gear. 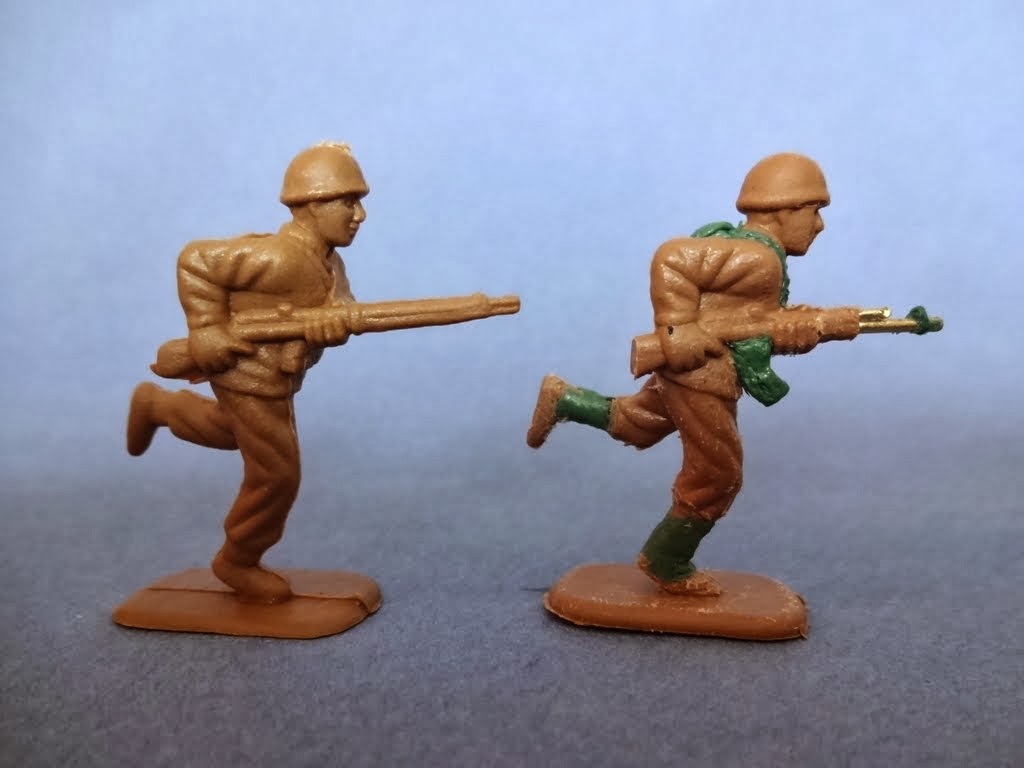 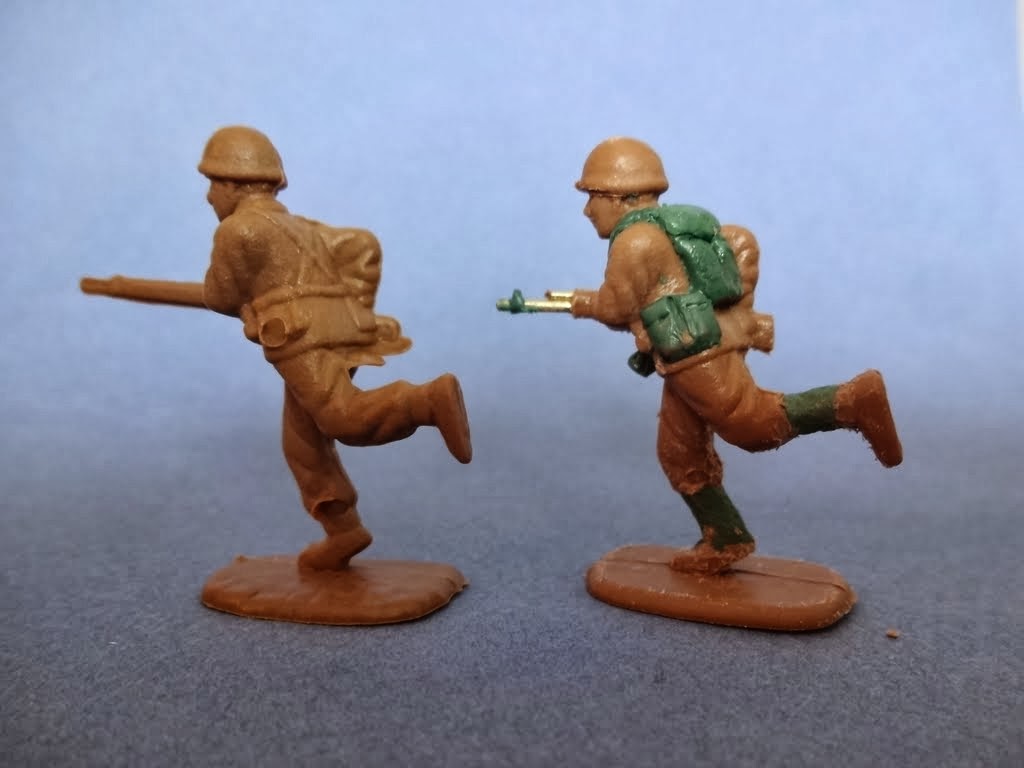 And for added strength and repeatability, made a mold to cast the figure in metal. 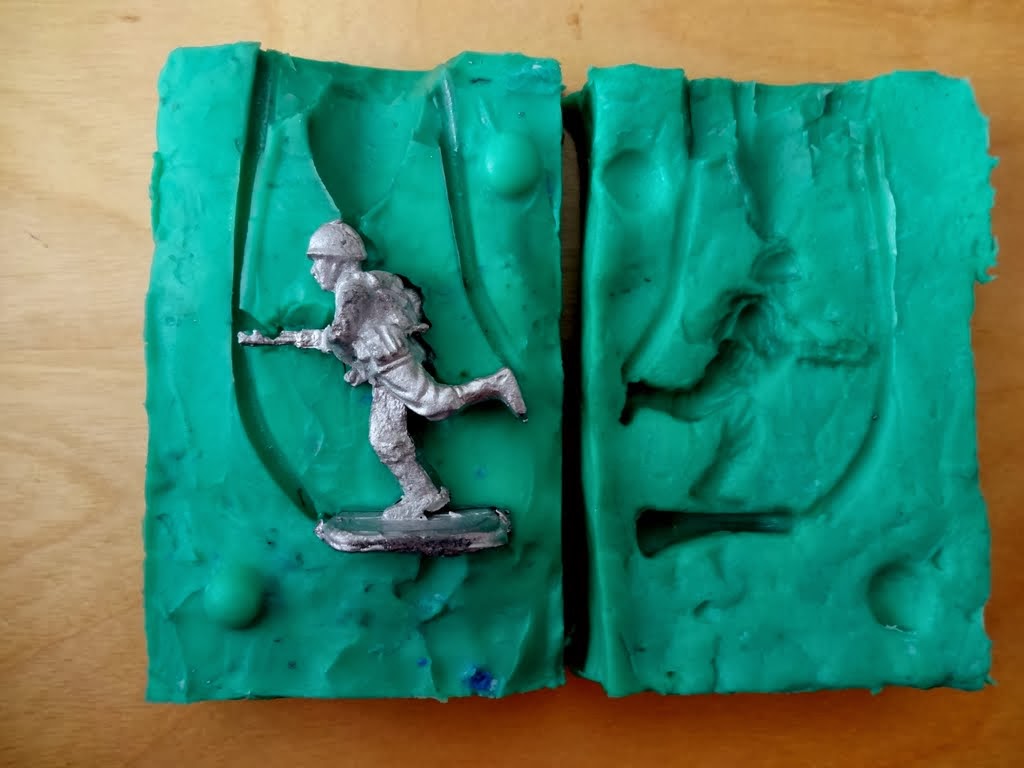 The result ?  Not too bad and he certainly meets my needs. 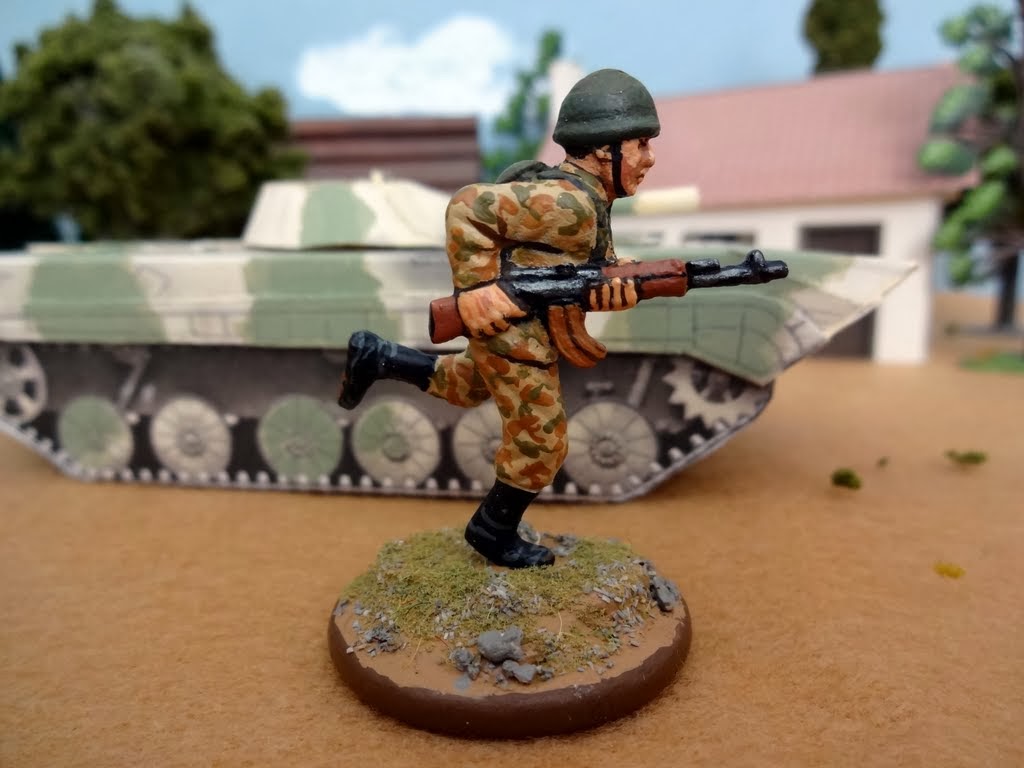 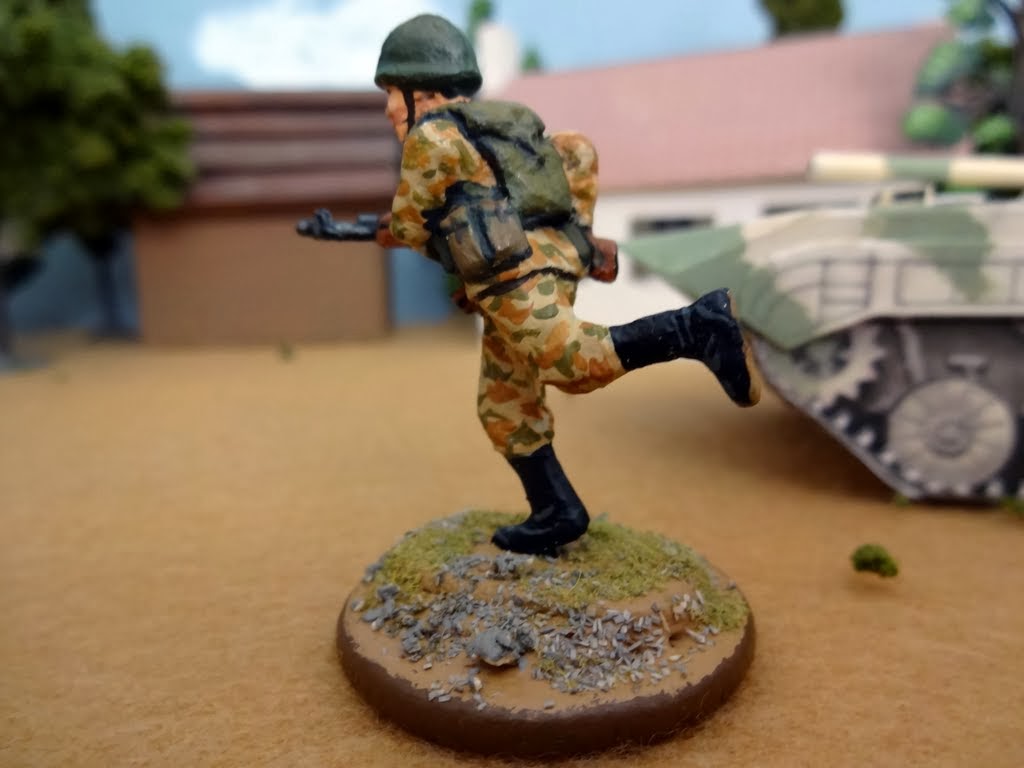 The BMP in the background is a cheap and simple paper model. More about this in a subsequent post. For now, I'm belatedly painting the first example of the modified cavalryman.
Posted by Corporal_Trim at 10:43 AM