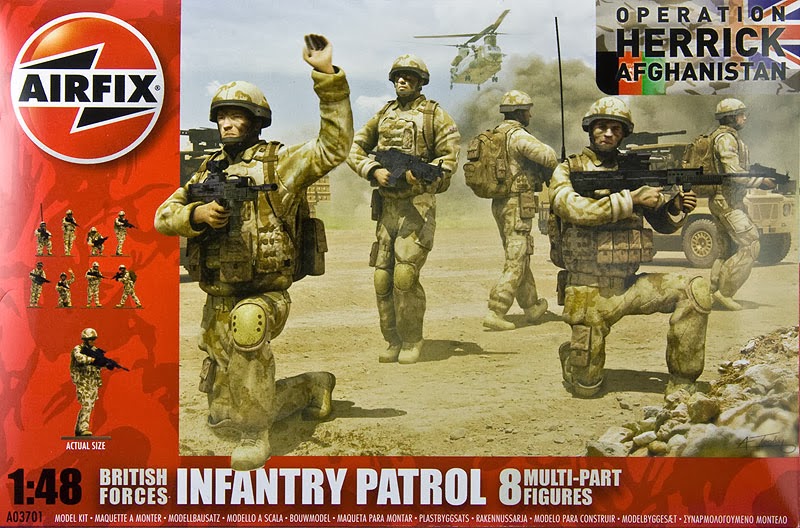 I recently purchased a box of Airfix modern infantry with the idea of using them with my Green forces.  On paper, this seemed like a good idea as my few 1/48 HLBS modern infantry figures (a range now sadly defunct) match pretty well with the other figures I have.  The back of the box image sold me on the purchase. The poses are fairly static in patrolling mode but there looked to be some useful guys in the box.

The raw materials.  The figures aren't multi-part in the sense of having a lot of options right out of the box, although not doubt some customization can be done.  Things fit well enough together (except for the scrawny necks), although the arms aren't clearly defined as to what angle they need to be mounted in order to grasp the spindly assault rifles. Using plastic model glue there's time to make adjustments before it sets, super glue is a lot more problematic in that respect. 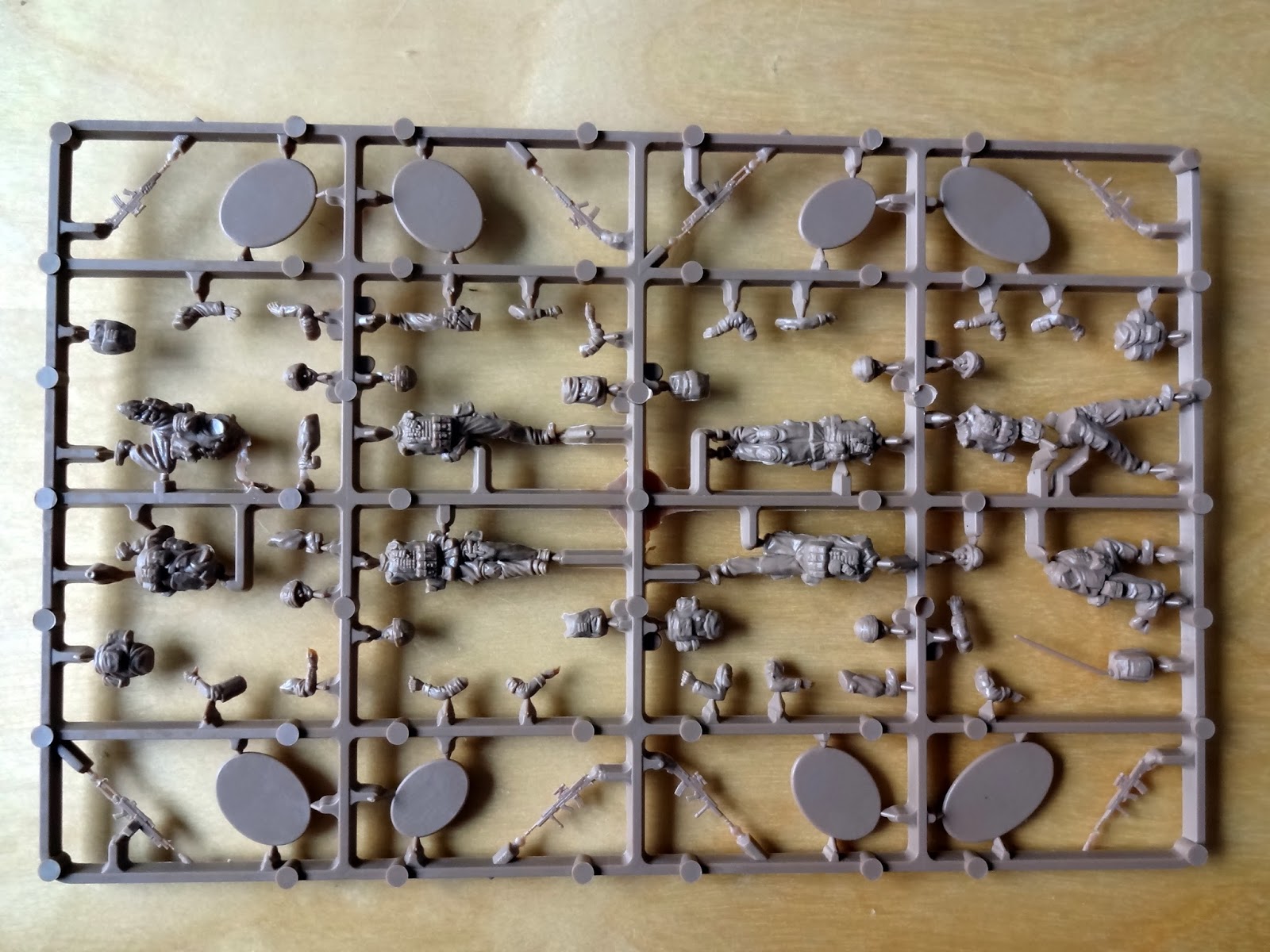 As soon as I saw the size of the parts, I knew I had a problem.  From left to right, Airfix, HLBS, plastic army guy: 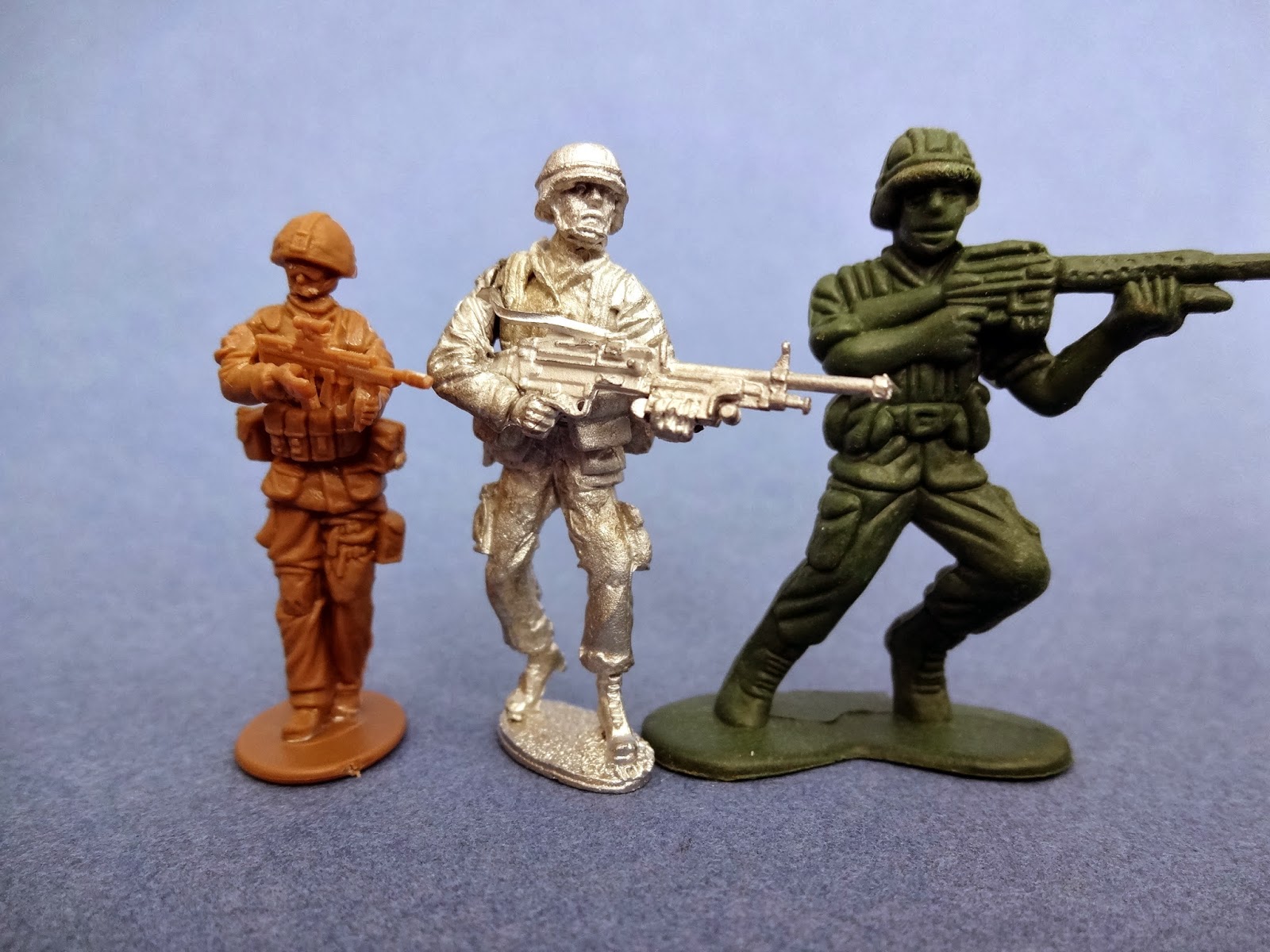 The Airfix soldier measures 33mm from the boots to the eyes, HLBS is 38mm.  Seems hard to believe a major model company could muff the scale, so we can say then that the HLBS were "heroic" 1/48, a virtual 40mm. Still, I'm curious how the Airfix might scale up against the Tamiya 1/48 WW2 figures, although I'm not about to purchase a box purely in the interest of research.