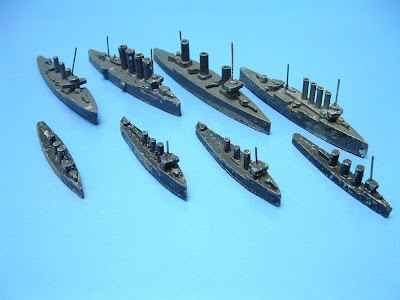 Some of you may recall previous posts about the antique BMC / "Minfigs" ships here, and also most excellently covered at the SteelonSand and A Wargaming Odyssey blogs.  I still have a lot of these ships as yet unconverted to my own style so I stripped and reworked a few more.

Amongst the warships, I also have several merchant and transport vessels.  These should come in handy.  In the next two photos, my updates on the left, originals on the right.  I suspect the dazzle painting and hospital ship conversion weren't the original livery, quite possibly added by a previous owner. 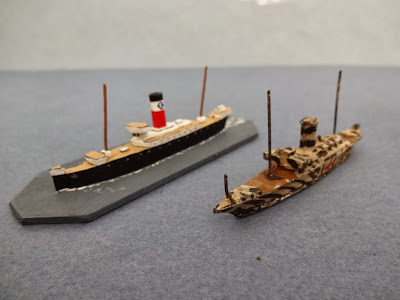 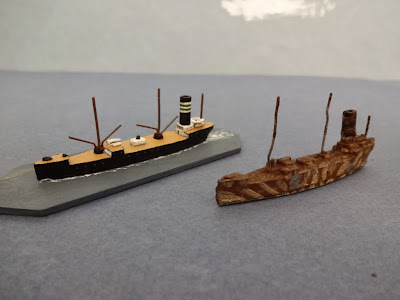 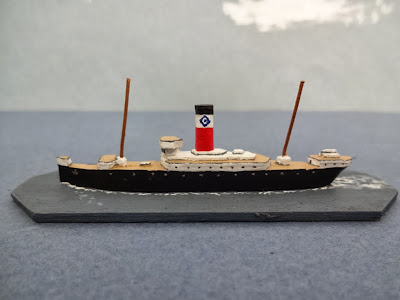 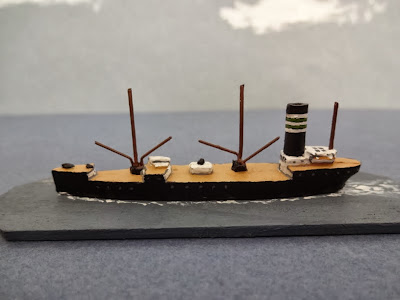 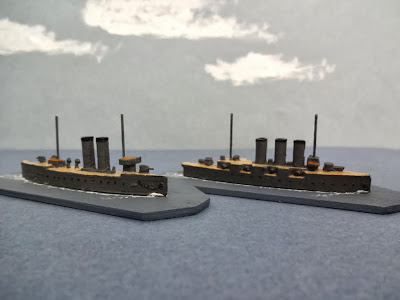 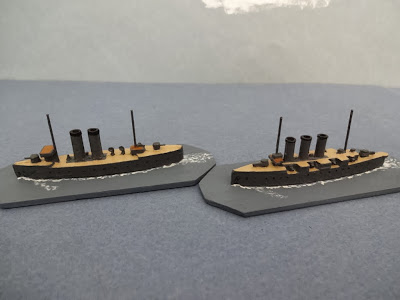 I left the nationality flags and ship names off the bases this time, as they'll be serving a new ficticious country, most likely Saxonia (think I have hit upon a winning Imperialism map).  Don't have much in the way of BMC pre-dreadnought battleships, but many cruisers both Armored and Protected as well as a host of destroyers & torpedo boats, plus a few subs.

However, I think I may have blundered in selecting 1/1800 as the scale of choice.  I received the Shapeways 1/1800 ship samples this week and they are tiny in comparison with these !  Utterly incompatible.  What hurts worse is that I ordered several more WTJ ships at 1/1800 and if they're they scale out the same as the Shapeways, I'd have been better off ordering 1/1500.  For the purpose of this project at least, I'm going to have to jettison one set of ships or the other.  Quite stupid, I'm an experienced enough modeler to have taken measurements and planned more carefully.  In any case, it's all food for a subsequent thread with scale comparison shots.

Posted by Corporal_Trim at 9:53 AM