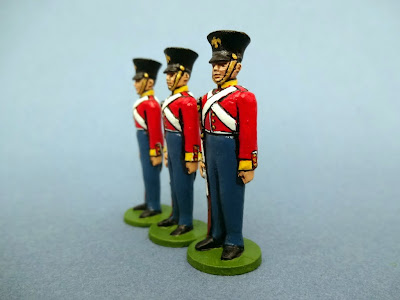 In response to inquiries about the Prince August "Brave Tin Soldier" mold, hopefully today's post will provide some insight about this figure. I've also been curious about how it might work out with a 40mm project.  When I asked Prince August about it, Michael said it was "around 40mm" but cautioned me that it was a representation of a toy soldier, not a real soldier.
I think he passes muster pretty well as an adequate miniature. The scale is going to be where people have a problem with him.
Here he is posed next to a Zinnbrigade officer. Yes, on the smallish side - 35mm from the bottom of the shoes to the eyes.  Rather on the cusp of being useful for a 40mm project but not quite.  Too bad because he casts nicely, a simple figure with a deep drop so they're all good after the first cold cast.
Not so good with the ballerina, the base generally doesn't cast completely, although I think this could easily be solved by cutting a bigger channel for the metal flow.   Unlike the soldier, she's a definite semi-flat, as I wish the soldier had been as well. Likely she's of no value to you warlike guys, not much use to me either although sooner or later I'll paint a few for our granddaughters. 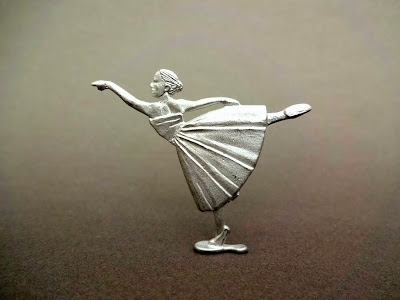 A couple more shots showing the appealing simplicity of the figure.  As cast, he does list slightly to the left, something a little bending or filing of the base can take care of. 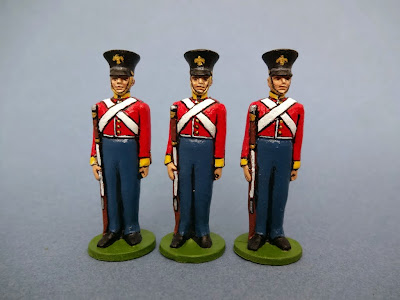 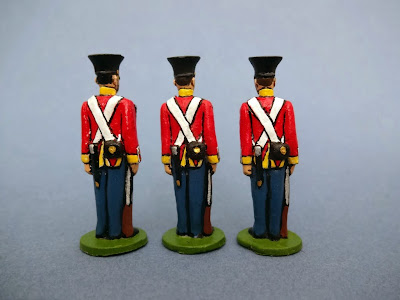