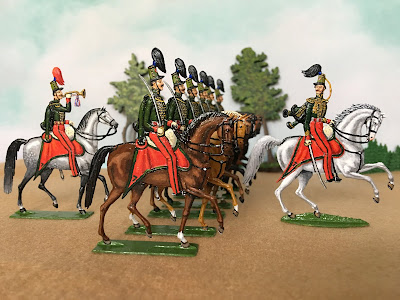 Here's another set of antique Heinrichsen flats, # 6023 which was first issued in 1845.  They're from the 60mm range but as all the horse I've gotten in this size are undersized relative to the foot (which are true 60mm, I think that's good thing because they match other figures I already have.

The castings were clean but the detail was a bit understated, so care had to be taken not to put down the paint too thick. 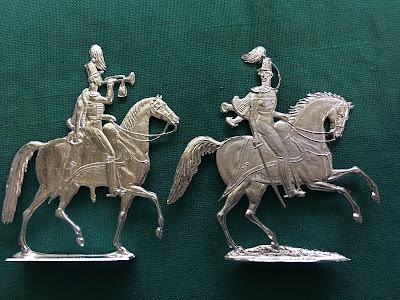 Researching the uniform colors was fun.  I relied heavily on Lienhart & Humbert but as mostly the saddles are depicted as the sheepskins, it took some digging to find the shabraque. I eventually found an image for the 7th, so that's how I painted them. 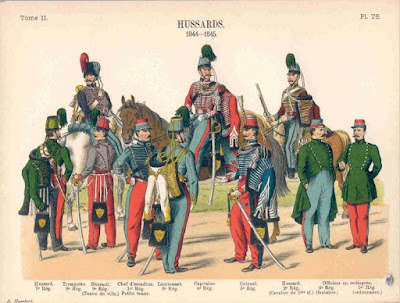 With plenty of detail to paint, they took me several weeks to complete. 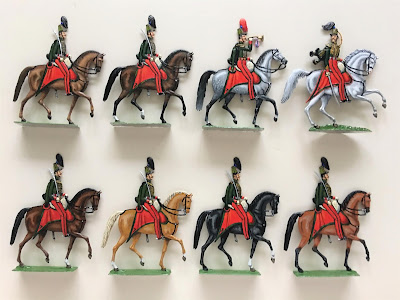 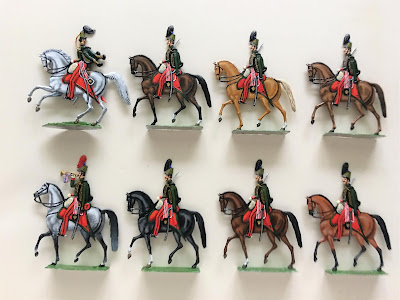 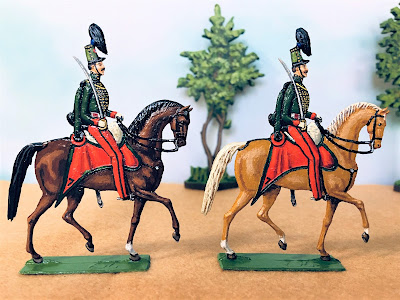 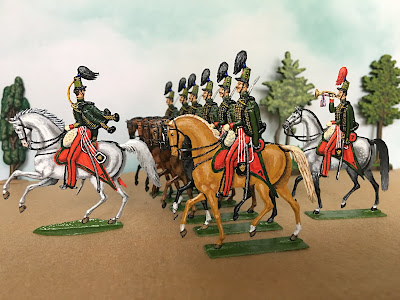 Posted by Corporal_Trim at 1:56 PM