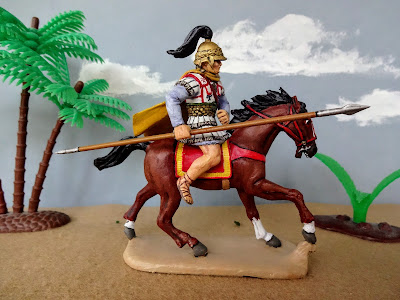 Wow, it's been months since I last posted.   After the move,  I didn't pick up a paint brush for at least 3 months.   I'm still not sure what the ultimate source of my malaise was, after all my wife and I are living in 1/2 the space we used to with no home maintenance chores to speak of in a rental property.   Really, there's been ample time to paint.  Anyway, I've recently resumed and decided to start with the 54mm Ancients, working my way back up to the flats in time.

I sampled a box of these HaT Carthaginian infantry. 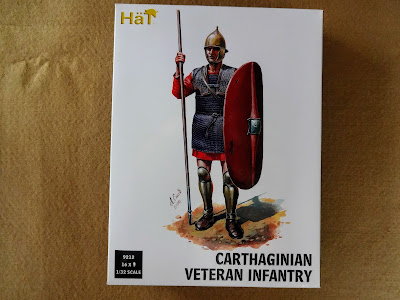 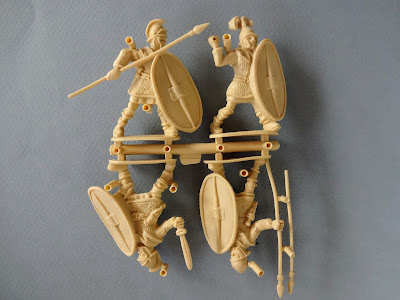 How do they look painted ? 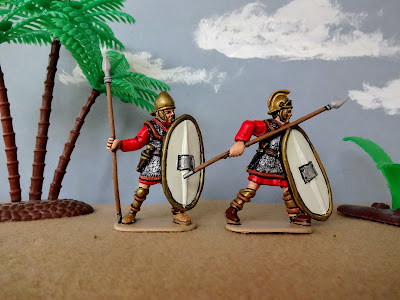 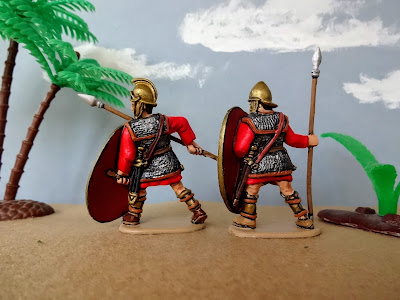 Nothing exceptional really.   I don't know that much about the Carthaginians but I suppose the case could be made for their wearing captured Roman armor.  But I prefer something more distinctive.  Such as CTS's animated take: 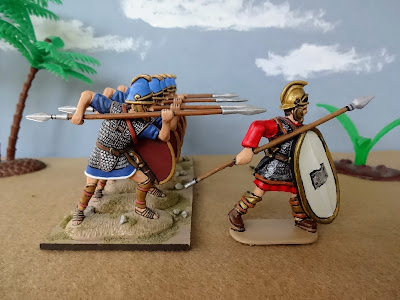 I do really like these.  Too bad they only come two to a box.  You know the drill, 2x6 different figures to a box, only half of which are useful.  I'll have to inquire of CTS if they'd be willing to sell multiples of the same figure.  I doubt it but it won't hurt to ask.

And as for cavalry, I've had a rethink about using Expeditionary Force.  If you recall this previous post, the 60mm scale was a disappointment.  But the EF figures are hands down better than anything done by HaT or Italeri.  I figured it was time to just say "What the heck, they're all toy soldiers" and live with the disparity in scale.

A Macedonian Companion atop and below: 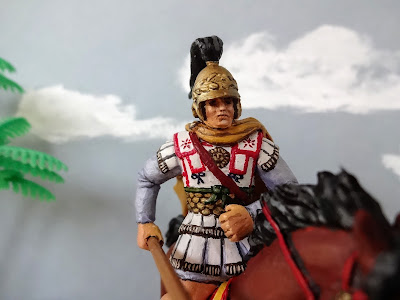 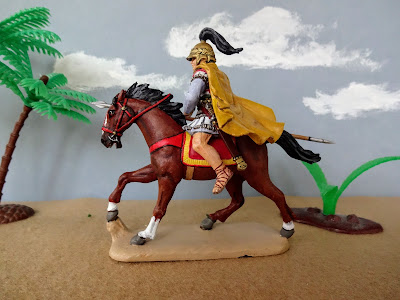 Truly nice sculpts.   The standard two poses of galloping horses are somewhat colt-like in proportion and actually aren't bad at all for 54mm, it's the riders who are big.

Speaking of scale, I ordered a half dozen reasonably priced metal phalangites from the Ukraine on eBay which I asked my wife to give me for Christmas.  Wouldn't you know it, they're rather small compared to your average Russian style figures.  Painting now and I promise not to wait another 6 months to show them.

Well, I got this one in under the wire before 2017 expires, so it's a good opportunity to wish everyone a happy and prosperous 2018.

Posted by Corporal_Trim at 2:42 PM