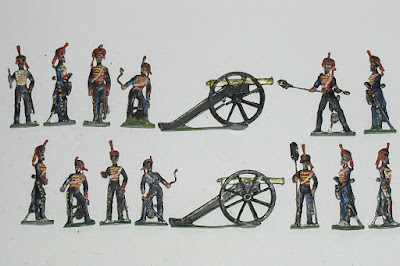 Pictured above is a set of French horse artillery of the Imperial Guard, 2nd Empire.  Purchased on German eBay, they were sold as Heinrichsen and there's no particular reason to question that. They are the small figures prevalent ca.1860.

Bidding was light and I got them cheaply. Perhaps because the figures had been modified at least to some extent and clearly the bore brushes had been redone due to breakage.  Good idea but I think the previous collector erred in his choice of very light gauge wire. As seen below, I reworked this and of course repainted. I wonder about the figure at left, a bit larger and more dynamically posed, perhaps he's from another set. 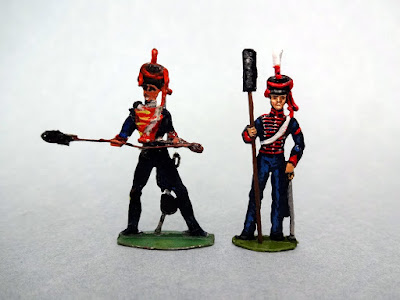 And the "original" paint jobs below in comparison to my own rework.  I found also when I stripped the paint that the figure reaching into the pouch had been quite crudely modified with the pouch and hands cut away. Rather than tossing the figure, I repainted with his arms at his sides (see last photo). The figures as sold certainly have the period look of simple facture paint, but enough was changed that there's absolutely no guilt on my part about "colorizing Citizen Kane", a criticism once leveled against me at TMP for committing sacrilege by repainting antique figures. 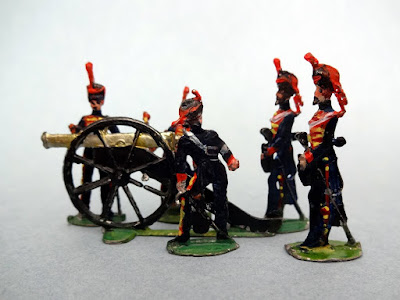 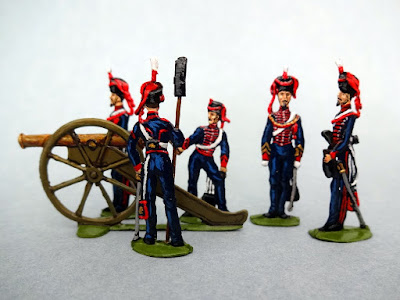 As can be seen in contrast with the 33mm Rieche figure, the old 28mm's are quite diminutive. 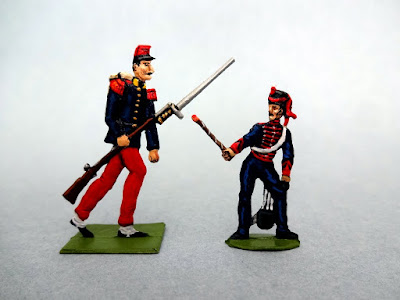 And a couple of parting shots. 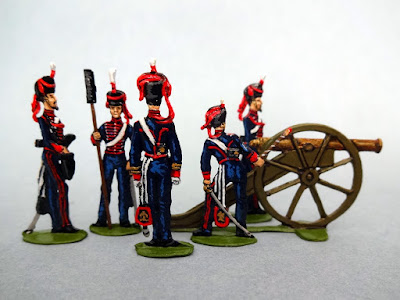 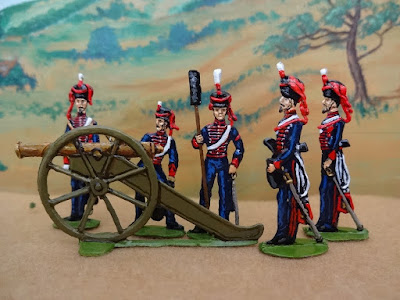 Rather statically posed soldiers but I do like the uniforms, a definite throwback to Napoleonic times. Too bad there's no mounted figures in this grouping, but likely some will surface sooner or later.

I had intended to post the 28mm Austrians next but as they're pretty mediocre, I'll put up some Rieche Franco-Prussian war sets soon.
Posted by Corporal_Trim at 9:55 AM