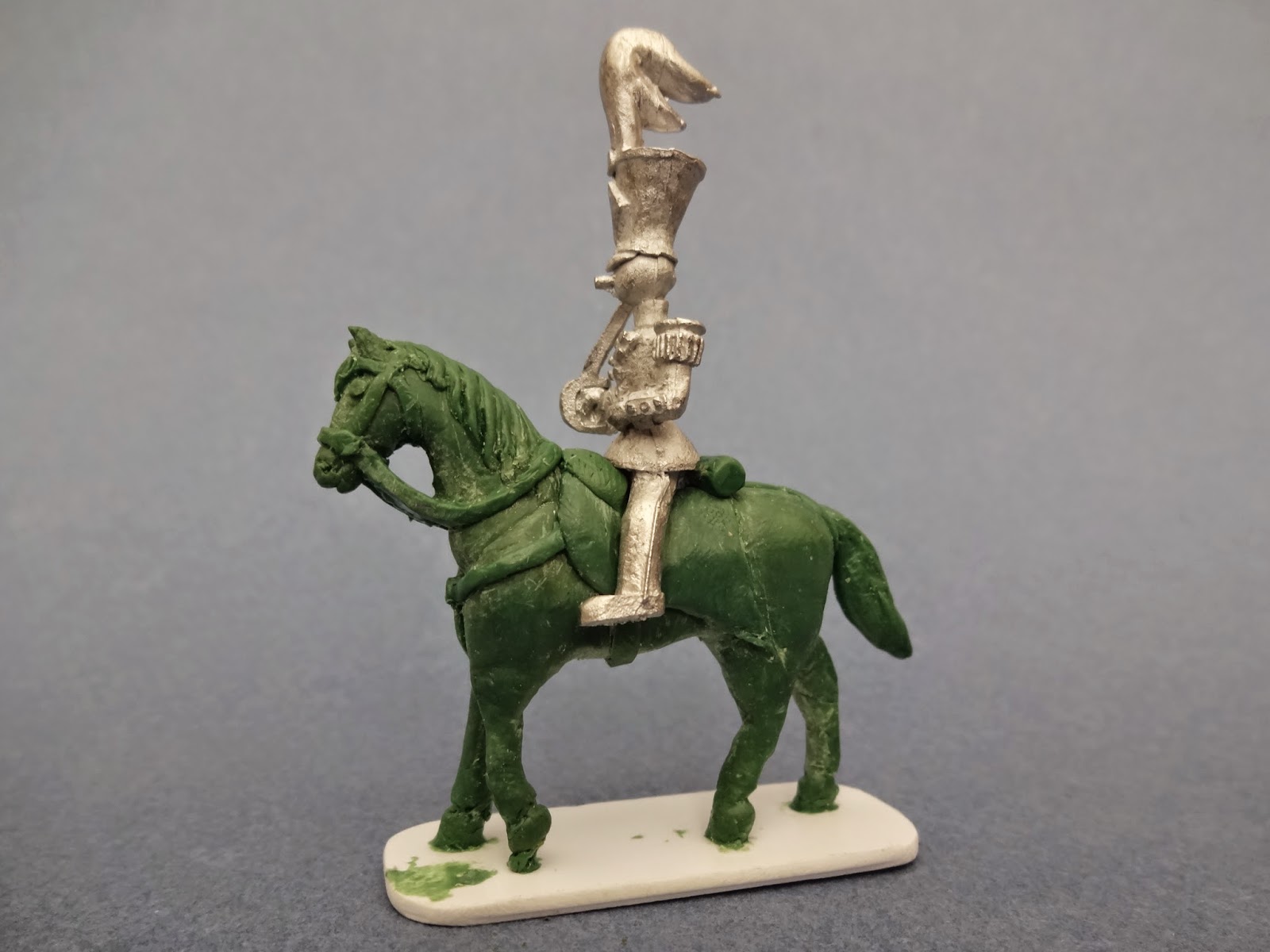 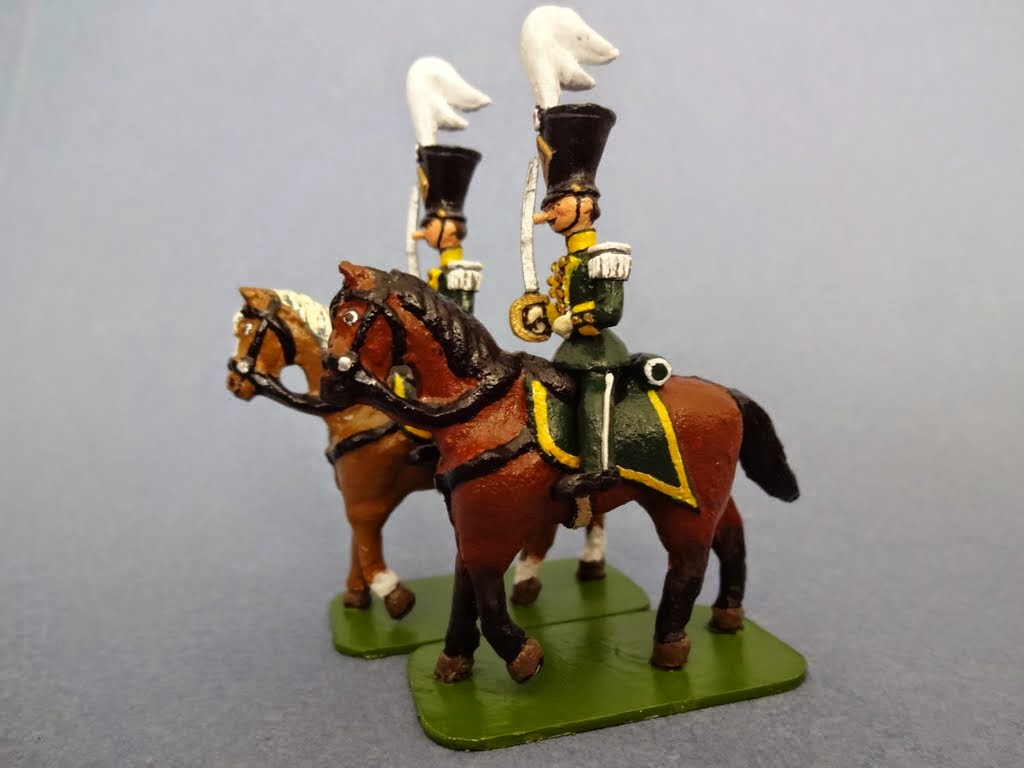 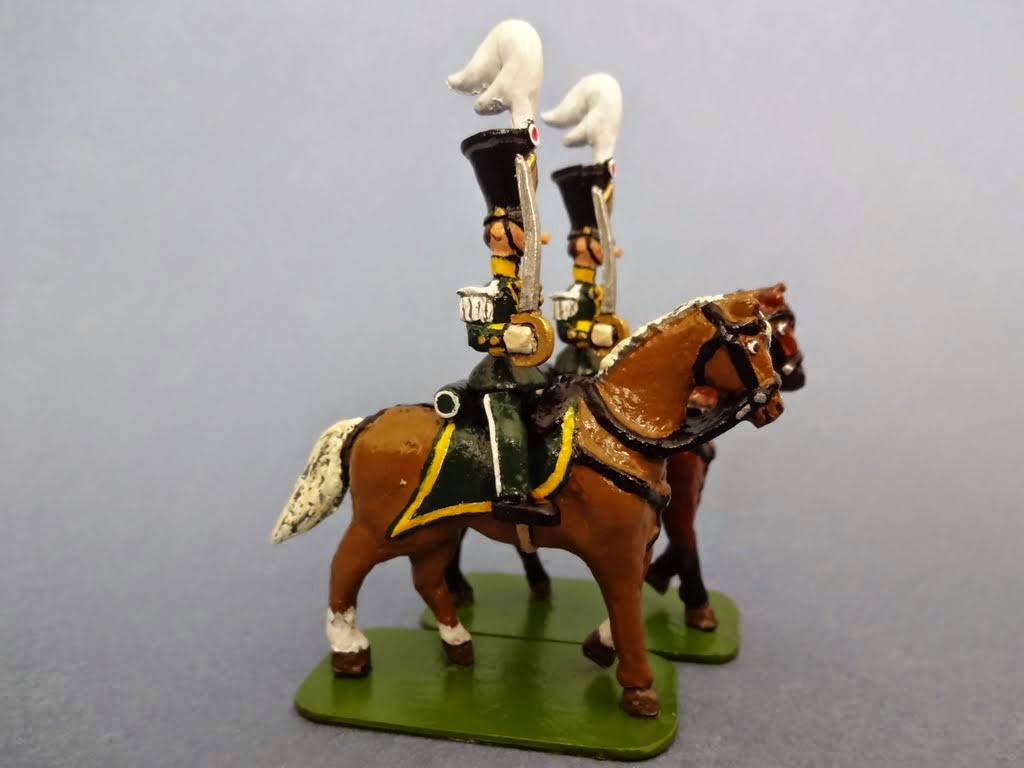 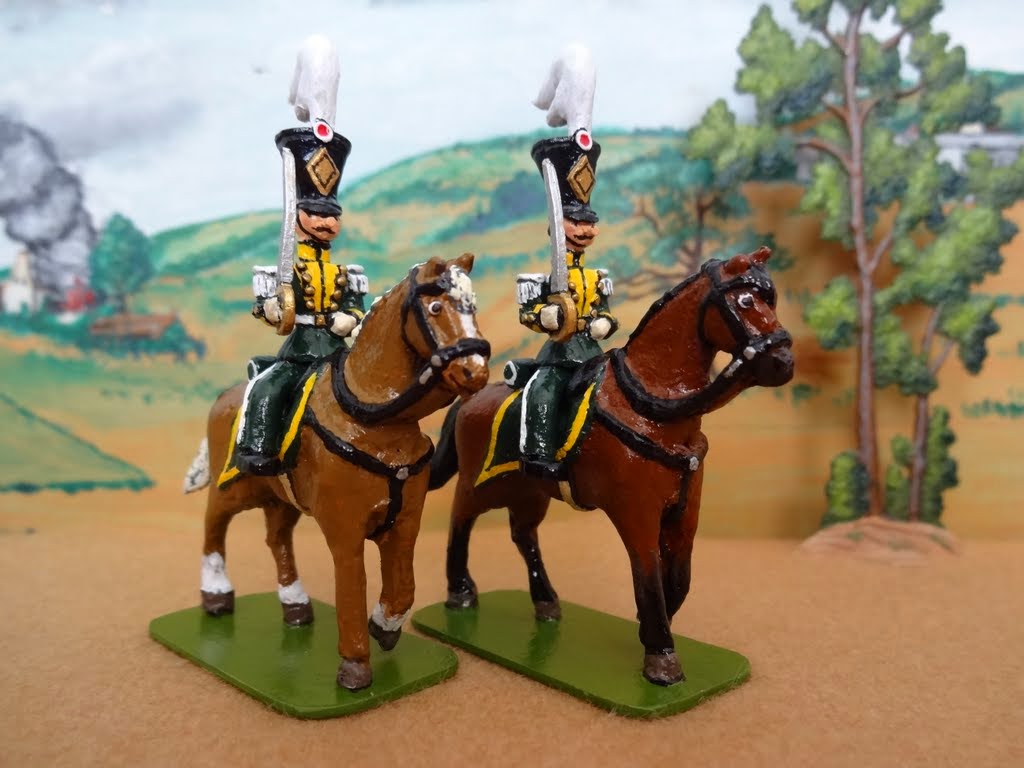 I'm reasonably happy with it. If I had a do over, I'd have made it smaller but at this point I'm not about to spend more time sculpting another.  I think the same horse can serve for the heavy cavalry, just need to file the shabraque into a rectangular shape. And now I'm out of riders until the next shipment from Eureka.
Posted by Corporal_Trim at 10:33 AM