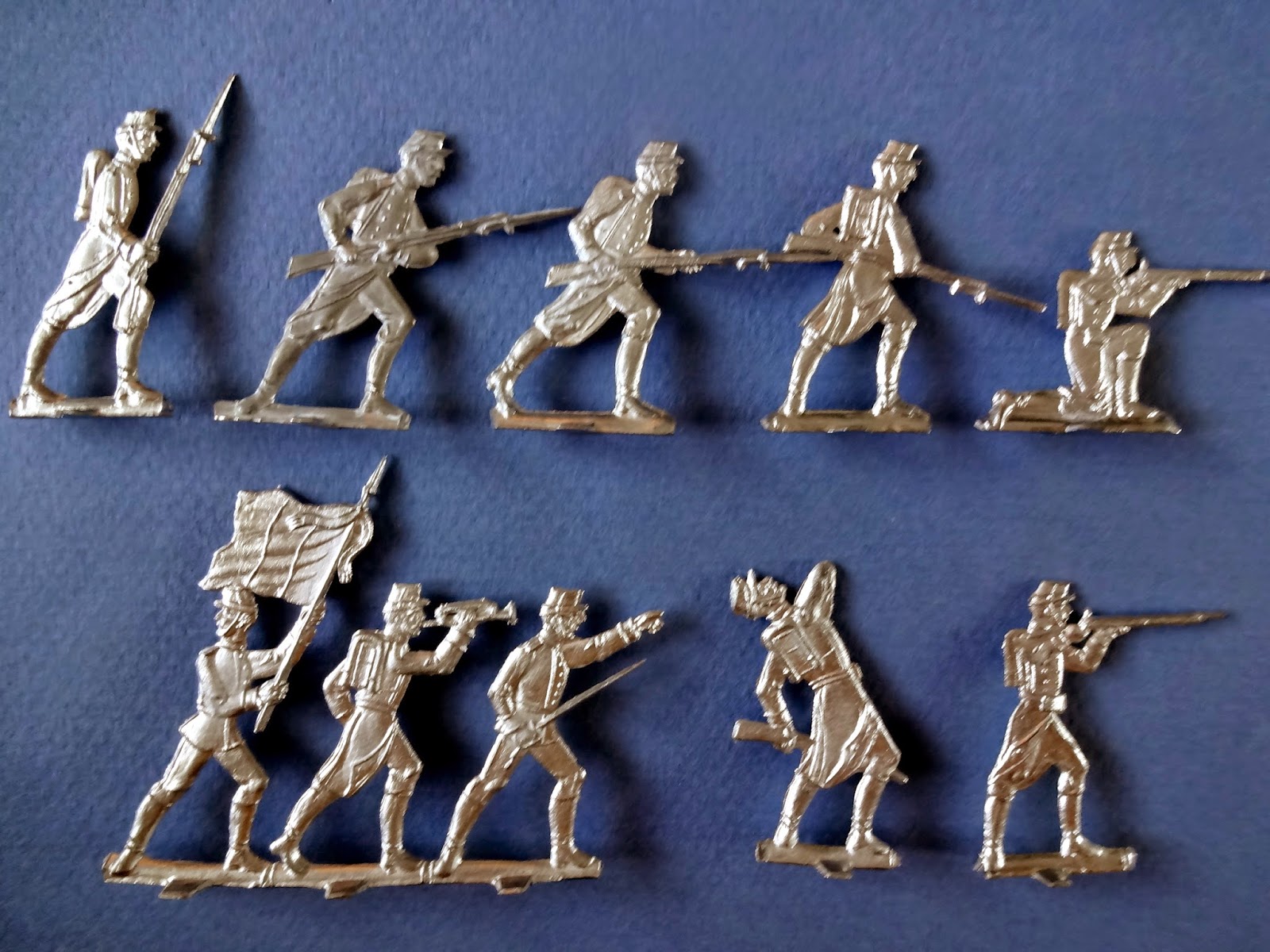 I'd bought this set of Spenkuch French infantry from Berliner Zinnfiguren a couple years back.  As well as pretty much splitting the difference between 30mm & 40mm, they also fall between the two camps of semi-rounds and flats as they're quite flat but retain elements of semi-round style.

My first reaction upon receipt of the figures was disappointment.  Primarily due to even the lowly privates being shod in officer's boots. So they remained in their box until recently when I thought of using them for this possible project for the Italian Wars. Giving them another look, they seemed not so bad as I remembered them, so let's see what can be done about the problem with the high boots.

Yup, green stuff to the rescue. 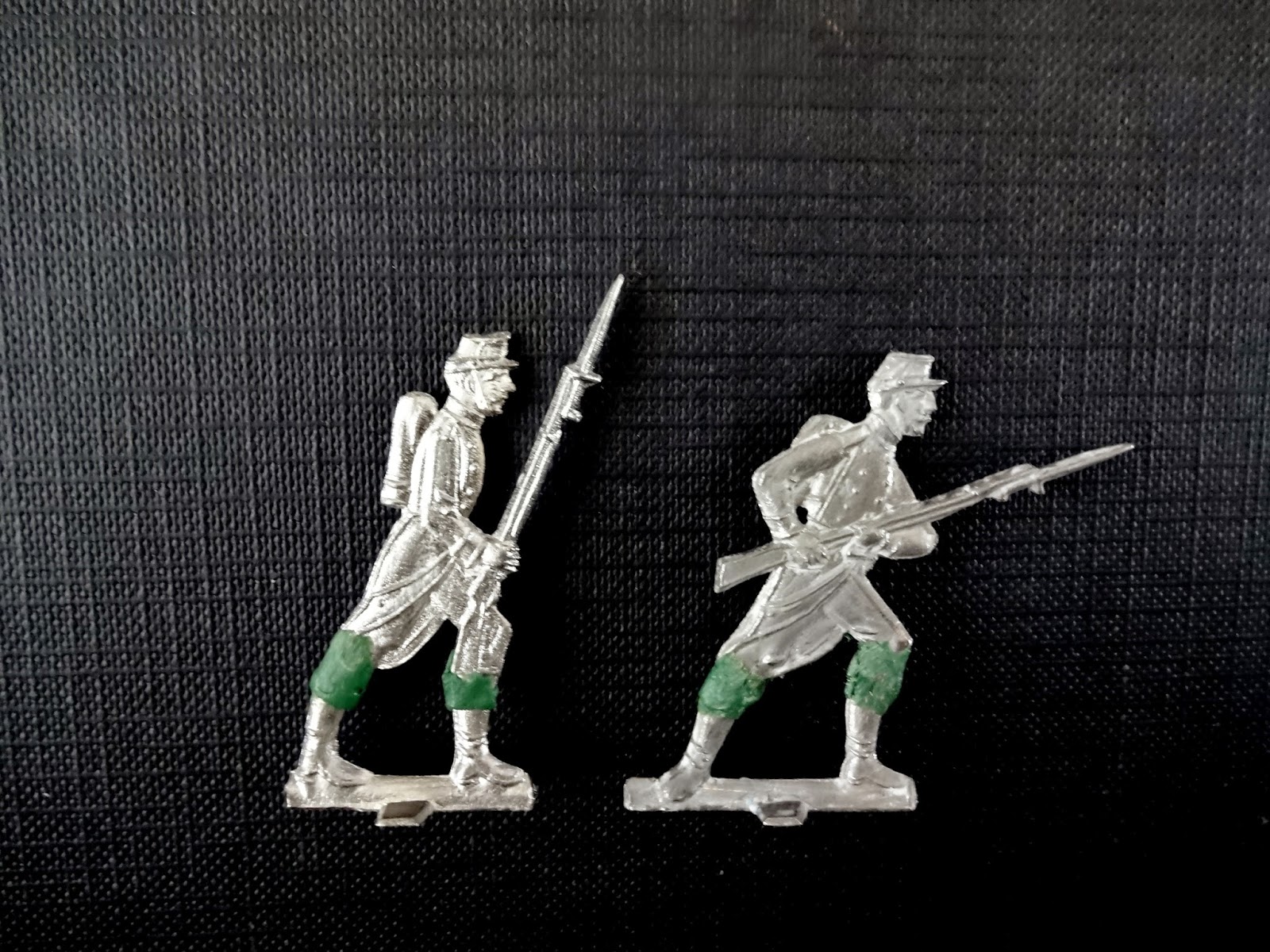 And these are the test figures I modified first. 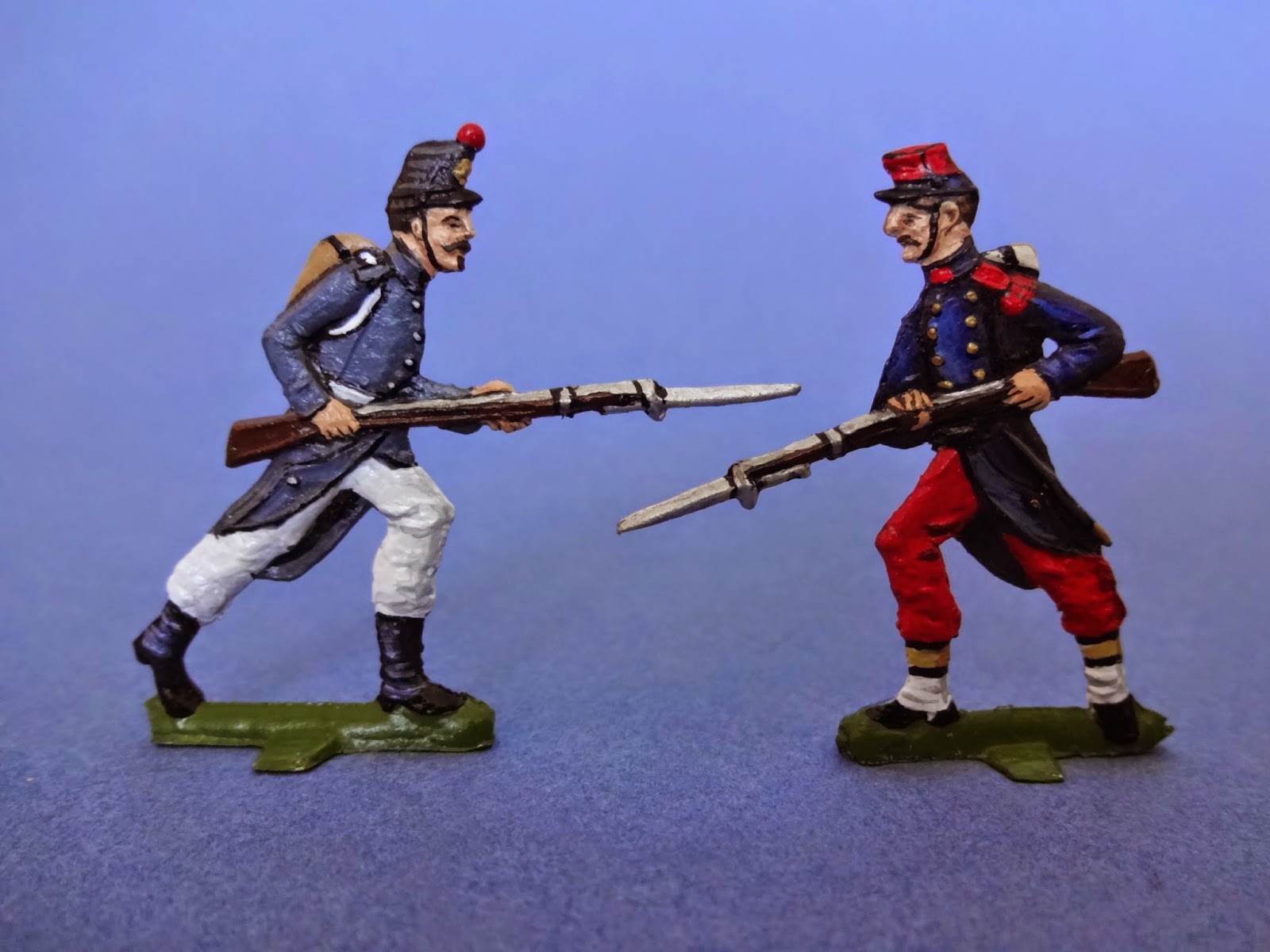 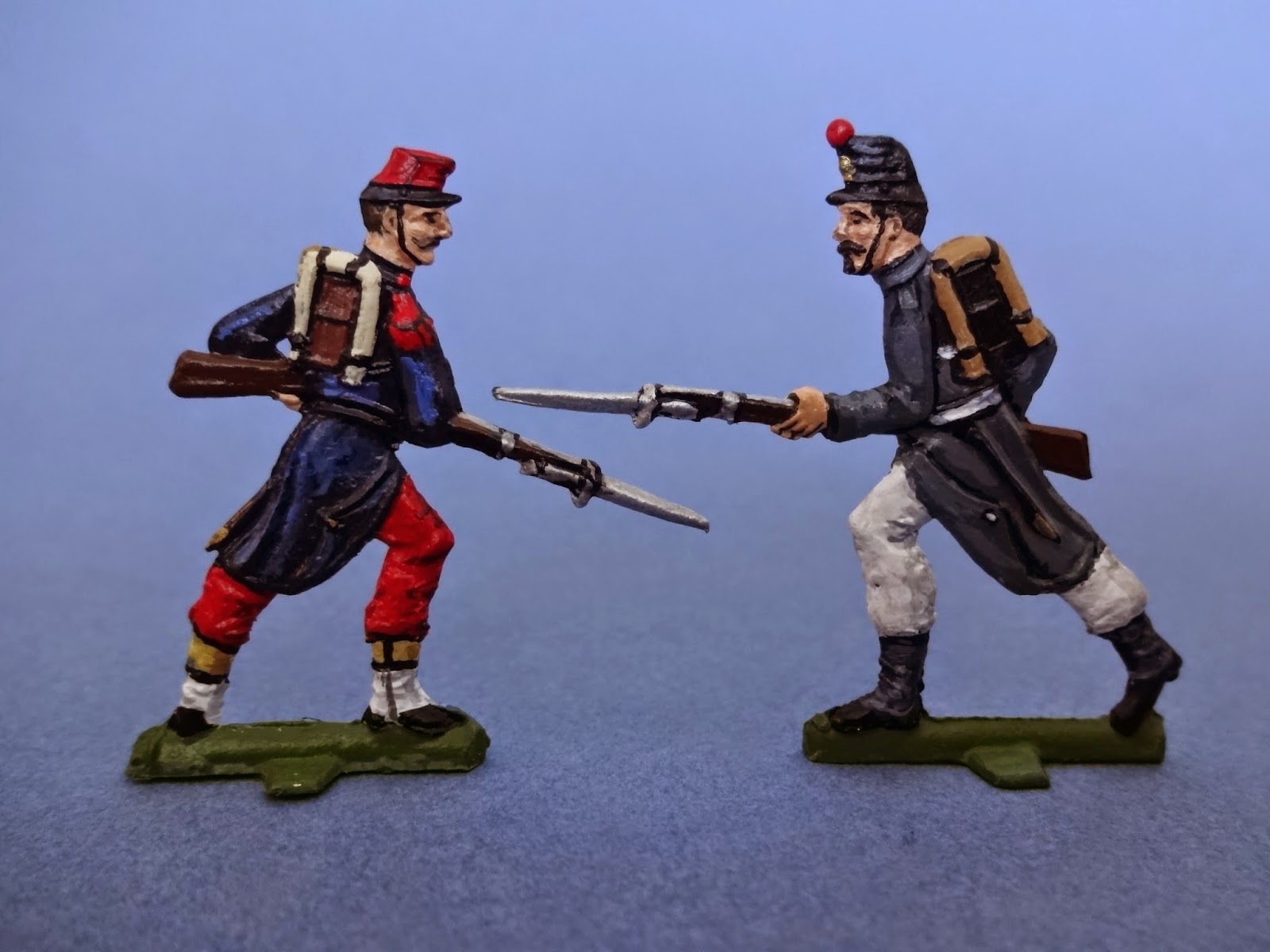 The figure with the lowered rifle remained French. The other figure was a test conversion to Piedmontese.  Uniform details have been surprisingly hard to pin down for them but apparently they campaigned in 1859 wearing overcoats even in the summer months.  Thus the conversion wasn't difficult, just a matter of bulking up the kepi into shako form with the green stuff (sorry, the photo of these two figures in pre-painted state came out unacceptably blurry).

So, I think this now becomes a usable set of figures.
Posted by Corporal_Trim at 2:15 PM