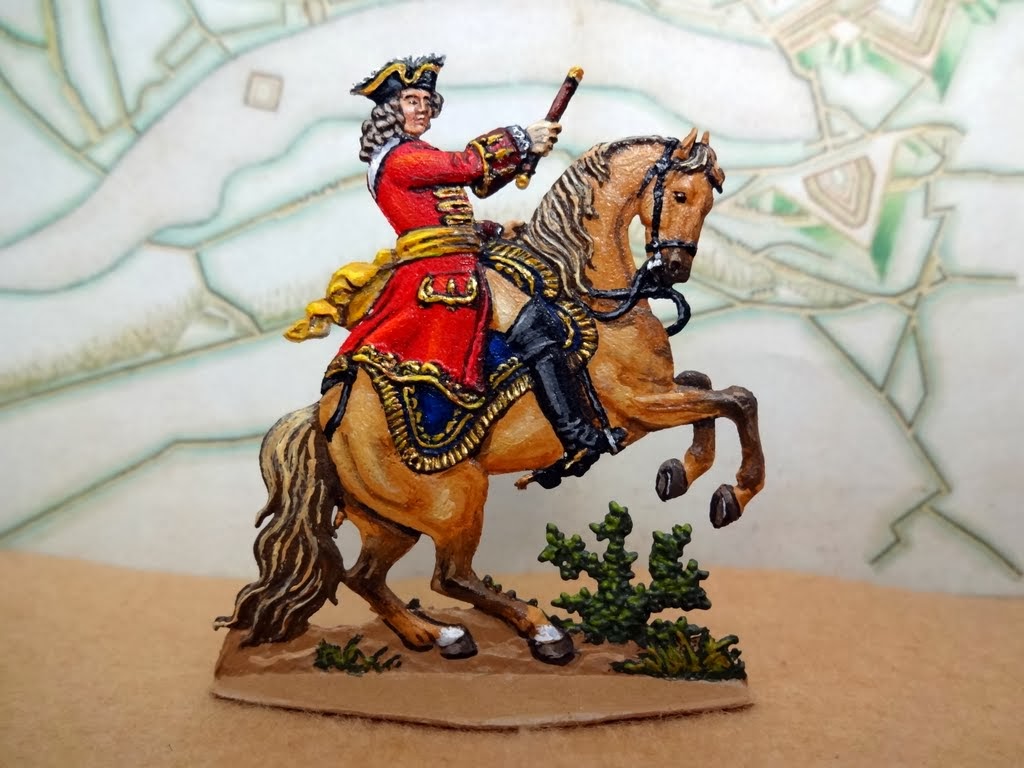 This is a Heinrichsen figure I've just completed, one that I had left sitting in the queue partially painted for quite some time.  He is actually Marshal Soubise from the Battle of Rossbach set, first issued in 1882.  I think the wig gives him a more old-fashioned look though and he makes a fine general for the 1700-1720 period. I bought this casting as a substitution for the missing artillery piece (mold had broken) when I ordered the Prinz Eugen set. 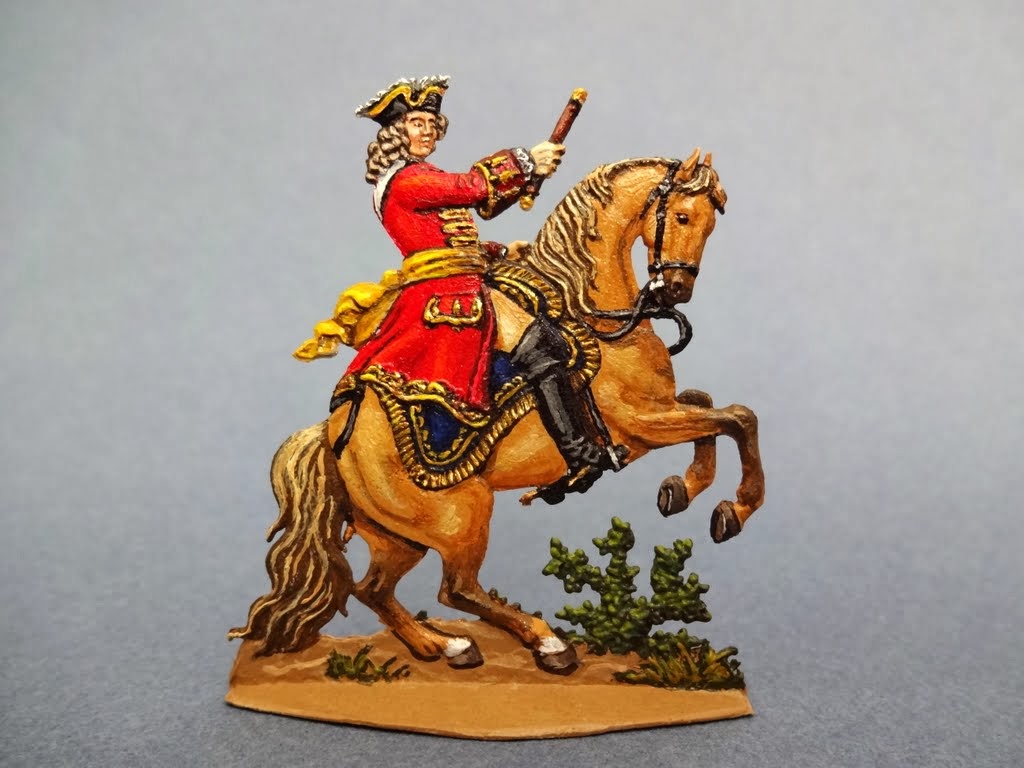 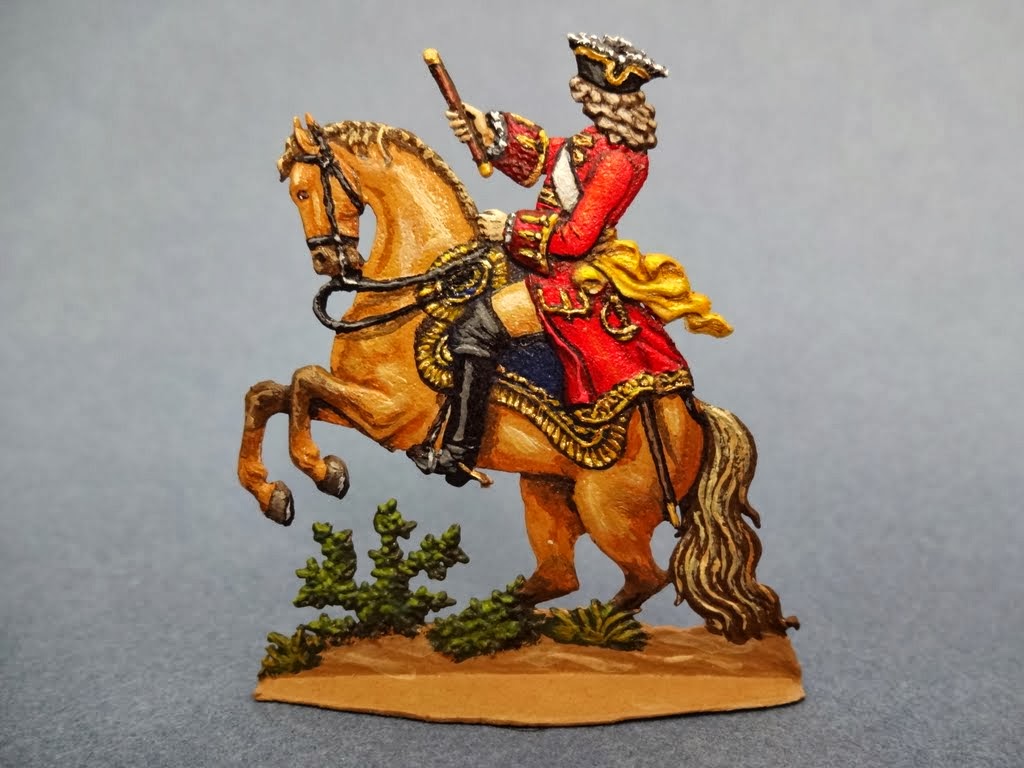 The casting is on the smallish side for 40mm, but I'll still use him as a command figure for the 40mm 18th Century figures along with the Prince August home casts and other flats. Painting this one has got me fired up on the Prinz Eugen figures again and I'm now working on the Austrian musketeers. Work in progress shots to follow before long.
Posted by Corporal_Trim at 9:52 AM