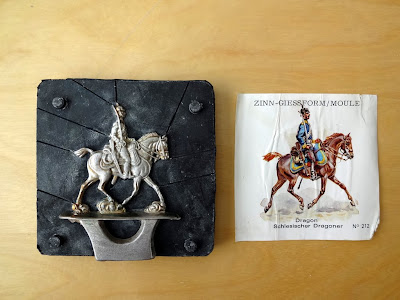 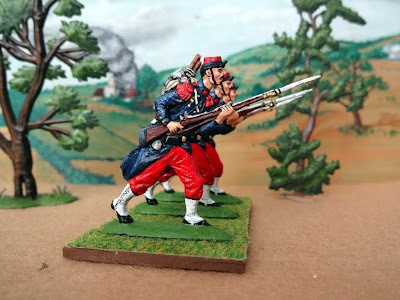 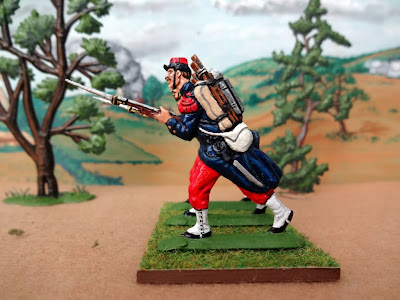 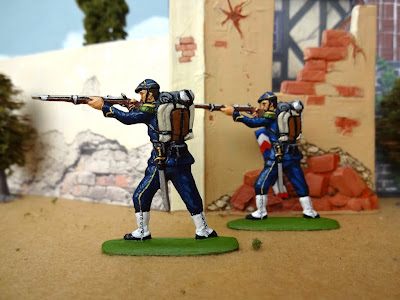 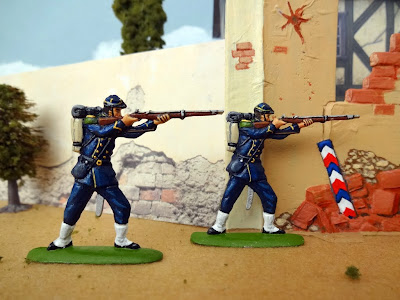 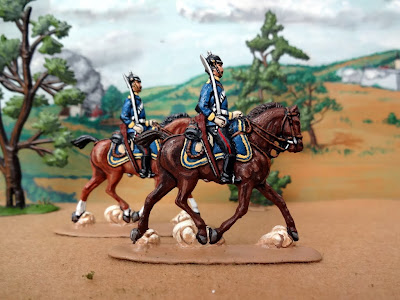 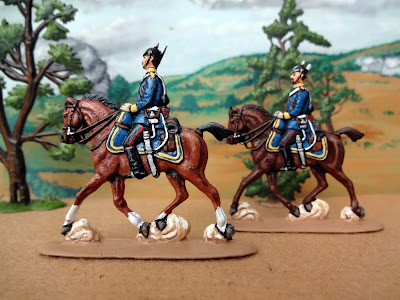 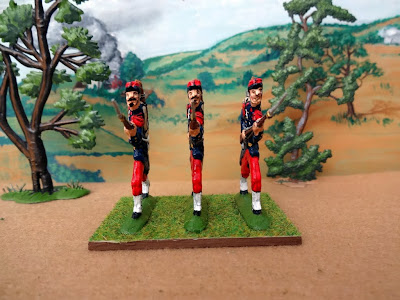 Another thing is the selection. Holger Eriksson was great at offering effective poses and the command figures to match.  With Scad it seemed more a case of: one of these, one of those. Nothing you could make a complete unit of without resorting to conversions. And a few of the designs aren't so useful, such as the Prussian line infantry posed giving an overhand bayonet stroke.  Why do sculptors do things like that ?   They're pretty decent figures but I think ultimately they lack the charm of Holger Eriksson's Karoliners.
Posted by Corporal_Trim at 10:01 AM