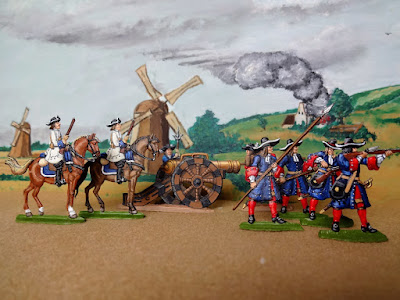 For a change of pace from the Lego figures, here's a few flats for the Nine Years War period.  These I painted recently.

First up, infantry.  Pikemen and musketeers from Kieler, brilliant figures engraved by a master, Ludwig Frank. 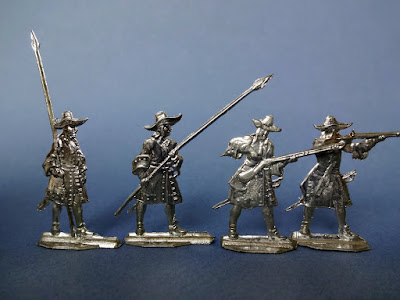 You may have noticed the musketeers are not as crisply cast as the pikemen. I got the latter on eBay years ago and I've often wondered if they were pirated castings. Not Spencer-Smith caliber vague surely, but they do call for some estimation of  how to execute the details once the paint goes on and further obscures what lies beneath.

And as painted. As always, with acrylics. 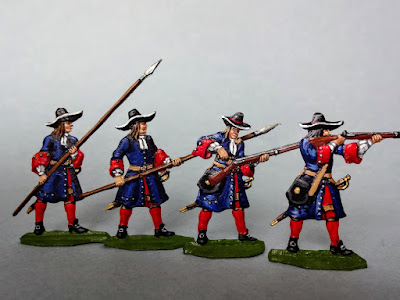 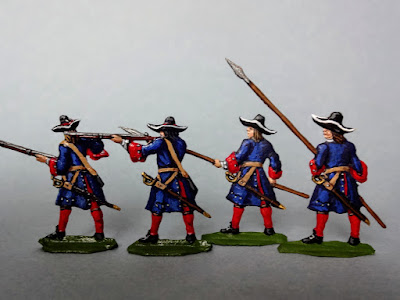 And a couple of mounted figures.  Left casting is Scholtz, the in-house line sold by Berliner Zinnfiguren,  On the right, a Kieler dragoon.  An Austrian judging by the canteen on the other side, I like him better but I have only this one.  The dual tail on the Scholtz horse is a nice touch, adding a little variety to your formation depending upon which way you cut. I wish they'd done likewise with the hat brim. 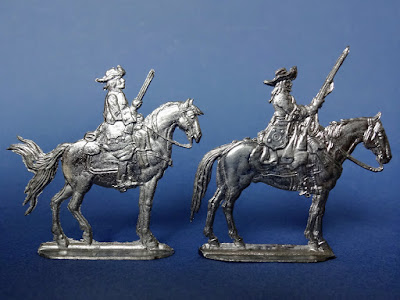 And the Scholtz figure as painted.  These actually belong to a set, The Great Elector Landing on Rugen Island, 1678.  Which, as usual for Berliner Zinnfiguren is pricey.  I don't have it, bought enough at a reasonable cost from Alexander Wilken to paint a smallish squadron.  In the military fashion sense they bridge the gap between the 30 Years War and the War of the Spanish Succession but can pass for 1690-1700. 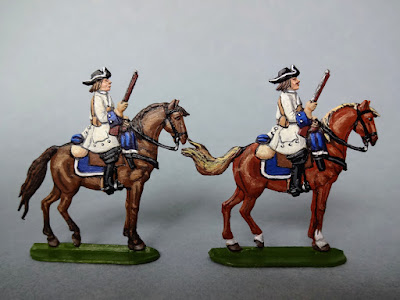 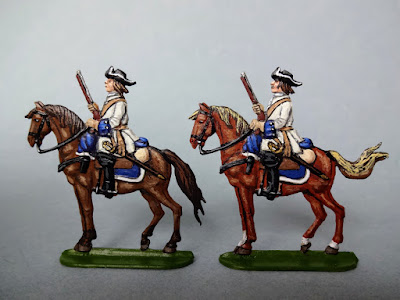 Not my best painting with all these, but certainly adequate for standing in a battalion or squadron.  Next up, I have finished the Lego minifig grenadier and cavalry trooper.  These turned out nicely and I'll post them shortly.
Posted by Corporal_Trim at 10:36 AM