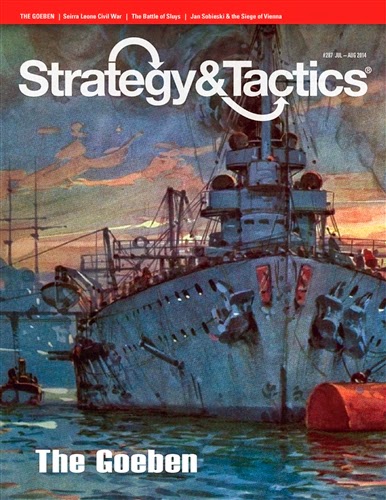 No doubt most of us started off playing board games. I was no exception.  My dad was bitten hard by the Avalon Hill wargaming bug in the late '50's.  Many is the time I was drafted for duty as cannon fodder in Tactics II when I would have rather been outdoors playing baseball.  But some of Dad's enthusiams eventually rubbed off on me.

Up until the last few years, I continued the occasional board game purchase when I really have no opponents or can't muster the enthusiasm to actually set things up and have a go at playing a two-player game in ad hoc solitaire fashion.  For instance, I have a beautiful game Age of Conan with all the pieces still in plastic bags.  That was about the last as I wised up and stopped buying games that I have little probability of actually playing. But, this upcoming issue of S&T has really piqued my interest.

Why ? Solitiare !  This will be S&T's second version some may recall the old Flight of the Goeben in S&T #21. It was subsequently released as an SPI board game in 1970.  This new game looks quite enticing: 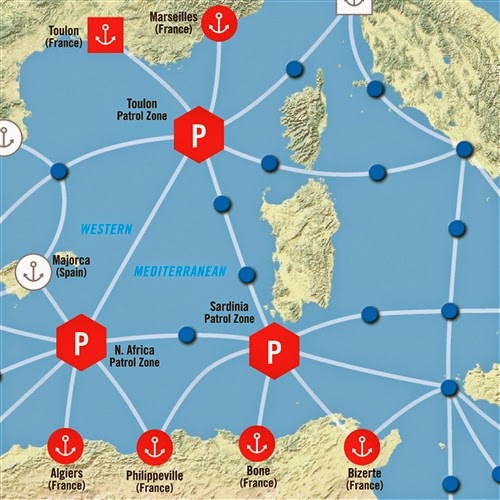 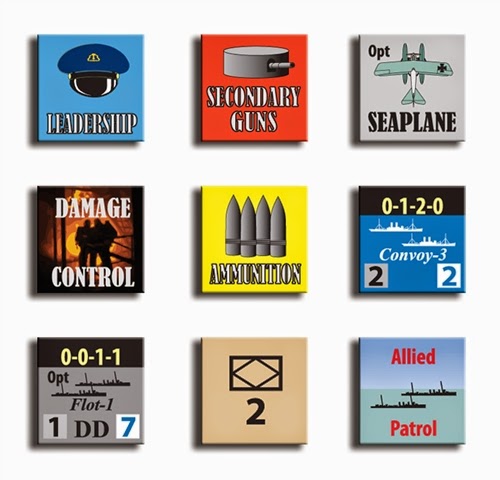 The thought of being able to have another go at the enthralling story of the Goeben in solitaire mode makes it look as if I'll have to break my self-imposed ban on buying more board games. Also there could be some WW1 Mediterranean campaign potential in this map, as well as the possibility of playing out the battles with ship models.

Still plugging away at the Deetail knights. I took a short vacation this earlier this week so painting time has been a bit limited.
Posted by Corporal_Trim at 8:59 AM