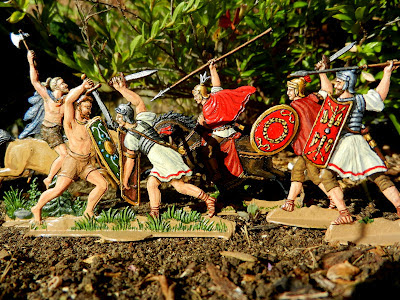 Introducing a nice old-fashioned set of flats, Kämpfe aus der Römerzeit, by Heinrichsen.  Originally issued in 1882, the set was re-cast in limited numbers in the 1990's.  Recently, I was fortunate to obtain them at a very reasonable price from a collector in New York.

The designs are obviously a product of their times, reflecting what people in the latter 1800's knew about antiquity, probably drawing from contemporary illustrations as well as Roman sculpture and reliefs such as Trajan's Column.  But what they lack in historical accuracy, they make up for with appealing animation and high quality engraving.  The set has 45 pieces altogether although not all of them contain figures, being scenic items in the form of small stands with vegetation and the debris of battle as well as a few casualties.  A characteristic of the Heinrichsen style were figures grouped together on one casting and this set contains some fine examples.

These are the first I've finished, painted in acrylics as usual. 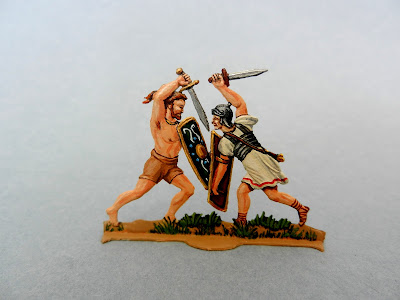 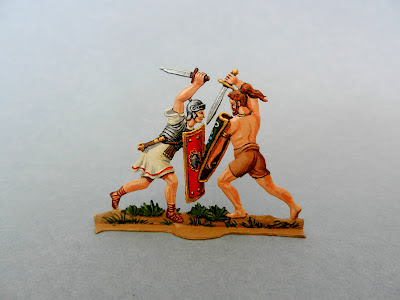 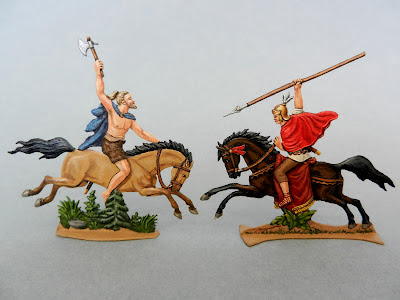 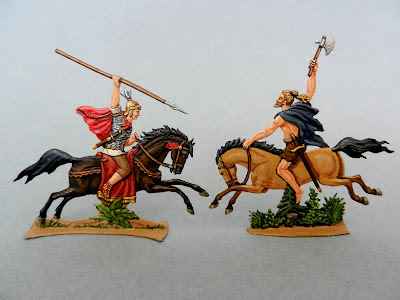 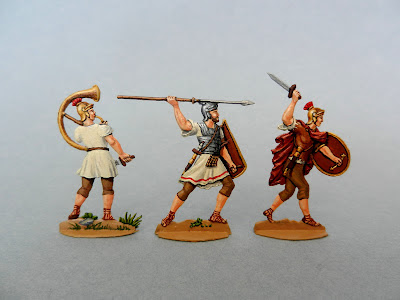 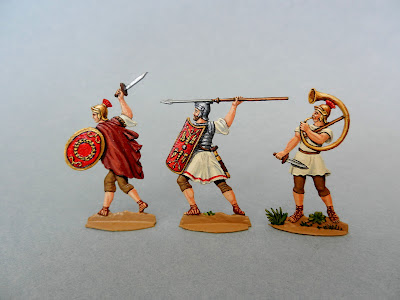 From a wargaming standpoint, there isn't too much that can be done with these on their own, but it makes for a most enjoyable painting interlude.  However, I do have some ideas about augmenting them with 35-40mm Romans from a couple other sources, continuing in the flat and semi-flat style.
Posted by Corporal_Trim at 9:54 AM