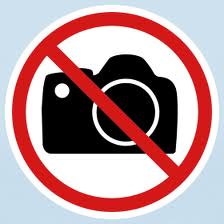 For the most part, I try keeping this blog on the path of focusing on the miniatures, or things directly relating to them.  For that matter, neither am I on Facebook, or Twitter - tweeting what I had for breakfast.  Yet there are times when life intrudes upon the idyllic world of small ships or soldiers, and this is one of them.

I had fully intended my next post to be a progress report on the War of the Polish Succession era 40mm semi-rounds (semi-flats) with WIP photos.  However, earlier this week, thieves broke into our home in the afternoon while I was at work and my wife had gone out to run a few errands in town. Smashing through the locked side door to the garage, they gained entry to the house and stole a number of items, amongst which were both of our cameras.  The old 3.2mp Sony from the dawn of the digital era wasn't much of a loss at it could barely cope with close-ups, but losing the Nikon was another matter.

Hence for the short term, there will be no pictures of what's coming off the painting table.  I suppose is the upside is that I won't be tempted to bore readers with painstaking progress reports such as you seen on certain minatures forums ("And today I shaded more of the blanket roll"). Once I replace the camera there'll be a more fully finished unit.  Which I look forward to showing as it will feature some interesting custom infantry figures.

In the meanwhile, I could post a few things from the archives, such as this Selchow 45mm Urartian chariot flat.  I painted it last year. 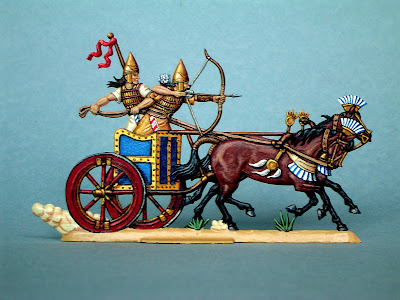 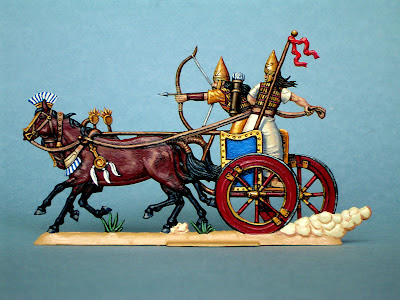 Email ThisBlogThis!Share to TwitterShare to FacebookShare to Pinterest
Labels: Flats