First up for the imagi-nation of Celtica are some Zinnbrigade infantry.  The rubber molds are similar to Prince August but the rubber is heavier and denser feeling.  These molds stand up well to repeated casting without going soft as the PA molds seem to do, and the air channels well laid out such that the metal flows well to the extremities.  One peculiarity of this particular mold is the coat tail tends to cast incompletely on the right side of the figure advancing at trail arms but it's not a major detractor, I'm using those figures. 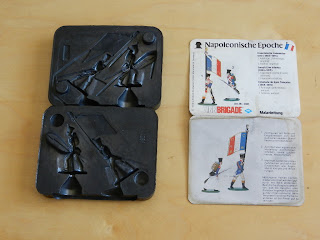 Here are the first troops, finished in glossy style although it's a bit hard to make out in the photos. 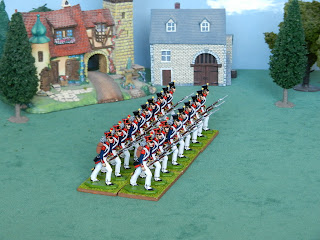 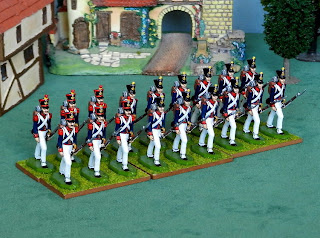 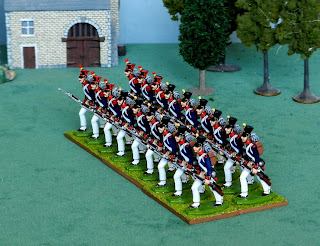 Halfway done now, some voltigeurs for the left of the formation and the command stand still to come. I filed off the epaulettes for the center company figures. The other two Zinnbrigage molds I have are the line infantry officer/drummer and skirmishers firing/loading.