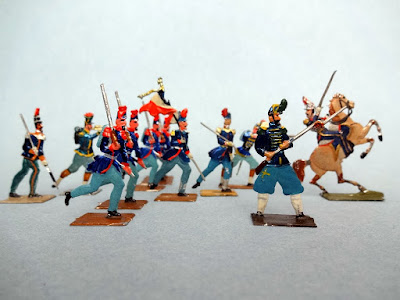 Here is my modest collection of Rieche flats.  The Franco-Prussian War isn't my main period of interest, probably because it was such a one-sided walkover for Prussia.  But in the world of toy soldiers, who can say that the French can't turn the tables ?  As most surviving Rieche figure sets seem to belong to that period, 1870 it will be then.

The photo on top shows the French Chasseurs-à-Pied de la Garde. I really like the figure in gaiters and baggy trousers but I only have one of him. The rest look a bit older in uniform style, perhaps representing the Crimean War.  The paint jobs are battered, so I've repainted a few in my own style: 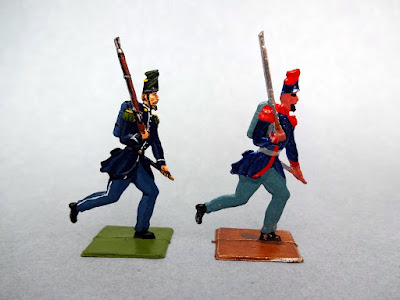 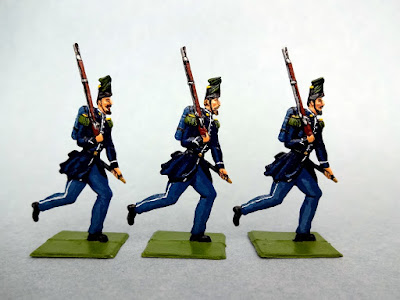 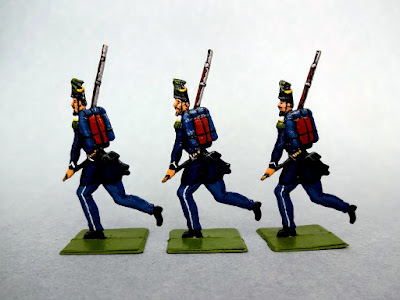 My literal painting style doesn't compare with the old figures for pure toy soldier charm, but I think it does highlight the appearance of the castings better compared to the old factory paint jobs.  This particular figure may be easier to try making a mold of as the rifle isn't so spindly as the others.  Piracy yes, but as the Rieche factory at Hannover was bombed out of existence in 1943, the odds of finding more of a particular pose are not good.

Next we have some factory painted French line infantry for 1870 in the classic style in kepis and overcoats. I do like the gliding pose, rather toylike and appealing. 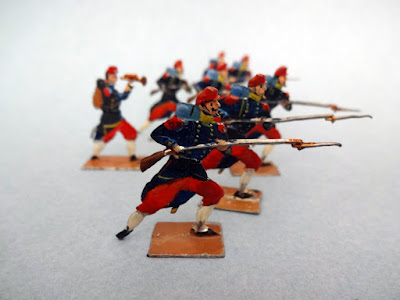 I've been able to locate another set uniformed in this manner, so will be able to assemble a full battalion.  The next group I bought as unpainted castings.  The uniforms are somewhat different, perhaps they are intended to portray Franc Tireurs or some slightly later uniform.  And as you can see from the command group below, it's definitely a hybrid set.  The officer and bugler look decidedly French in a bit earlier style, the rider matches the bulk of the infantry and the standard bearer looks like he's probably Swiss judging by the flag. 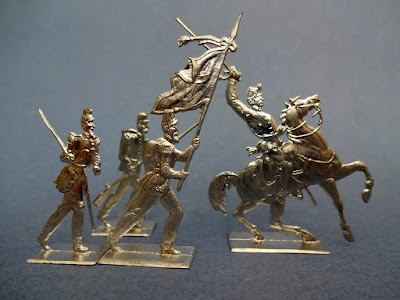 And the ones I've painted so far. 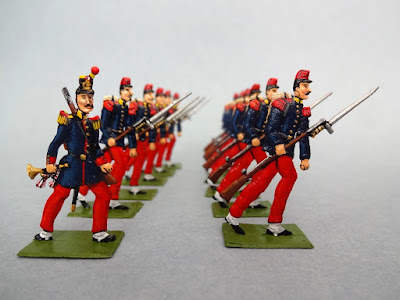 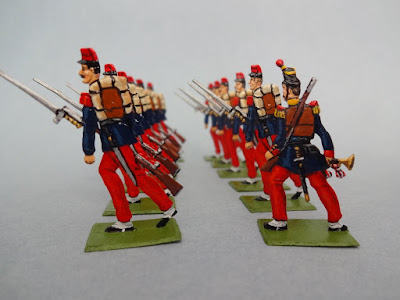 Now for another set of castings. I got a good full group of the French cuirassiers. The command castings below. 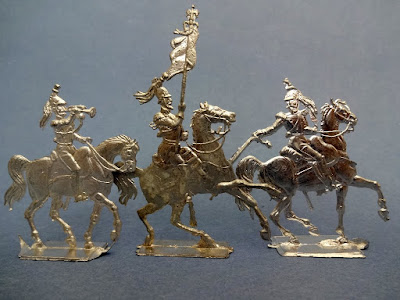 And as I've painted the first two examples. Very nice figures these, typical of the slightly impressionistic Rieche style and well animated. 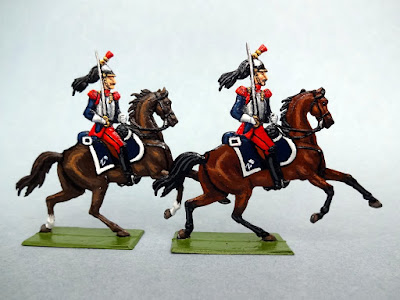 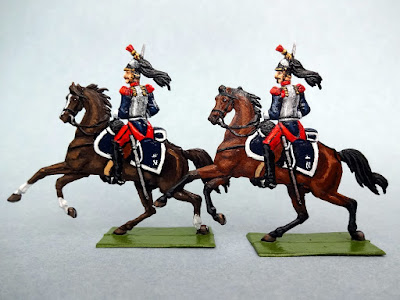 And now for the enemy. Here my collection is very scanty, just the one set of factory painted Hannoverians. 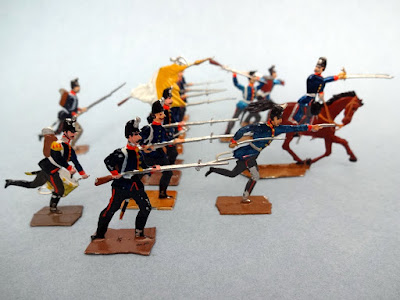 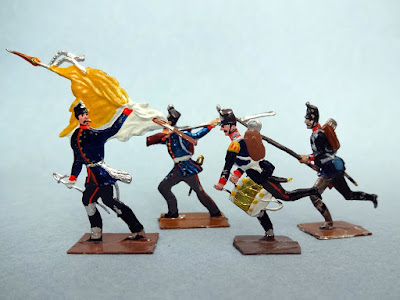 Once again, dynamic action poses, although unfortunately about half the men are in the "clubbing with musket" pose.