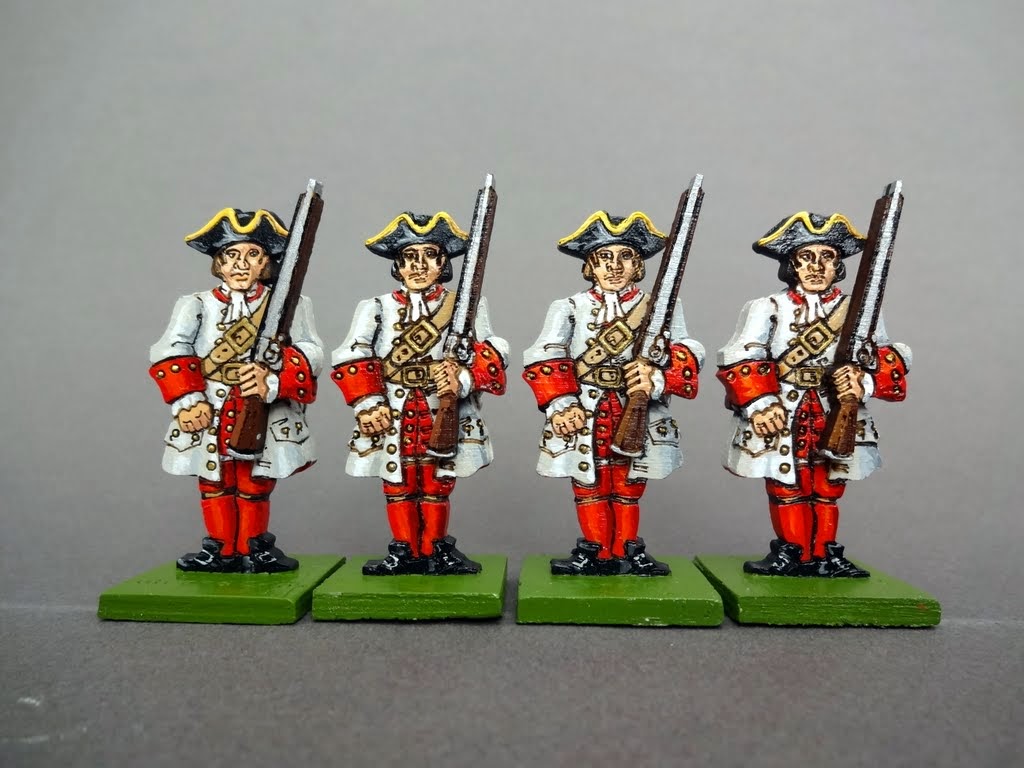 No doubt some of you are familiar with Wooden Wars toy soldiers made by the very talented Thomas Foss. as seen on his blog Skull and Crown.  Lots of good reading about them, but suffice it to say they're larger scale and beautifully done Napoleonic flat toy soldiers used to introduce children to wargaming.  And no doubt bowling them over is fun for adults too..

When Thomas unveiled a WSS era figure as a part of 54mm commision project, and showed a "45mm" figure alongside it, he really got my attention.  Particulary since I have the 45mm Schmittdiel flat infantry in frontal poses, so possibilities for actually getting some use out of them in conjunction with the wood figures came to mind. I contacted him about it, resulting in what you see here.

Please bear in mind that these are still prototypes, and the figure on the left below is the only good one.  The other three are rejects from the laser tuning process which Thomas sent along as practice figures.  That's why they look rather blurry because indeed they are, and the laser scribed detail is rather deeper than on the good one.  But it does serve to give a small preview of how they'll look in formations. 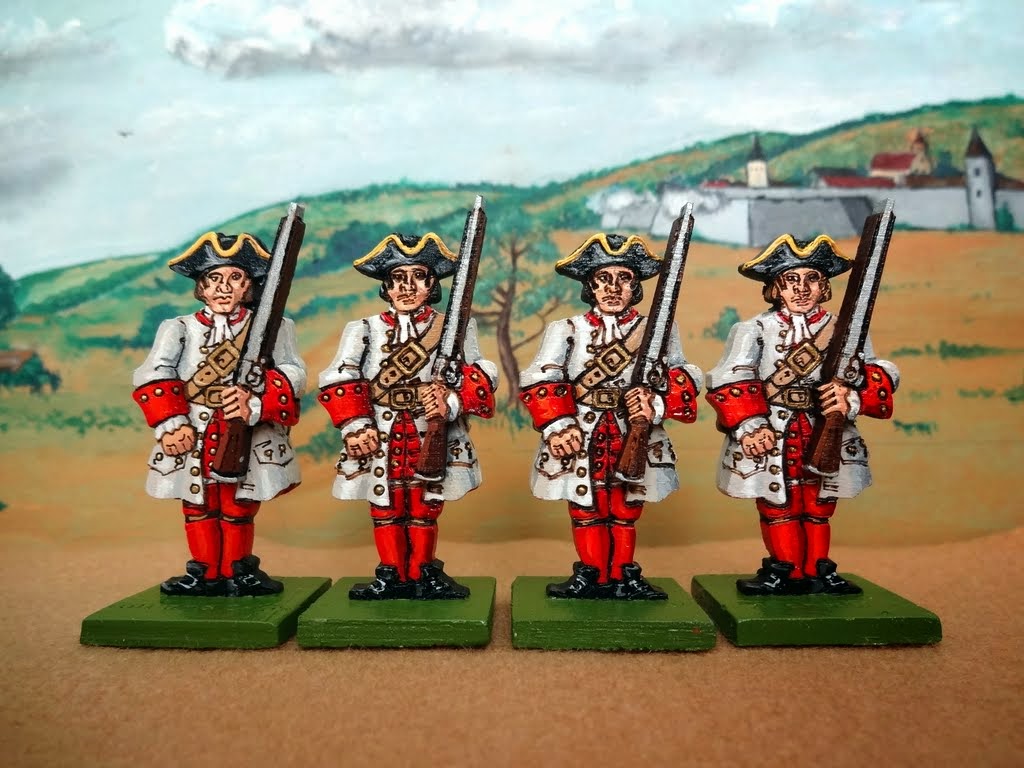 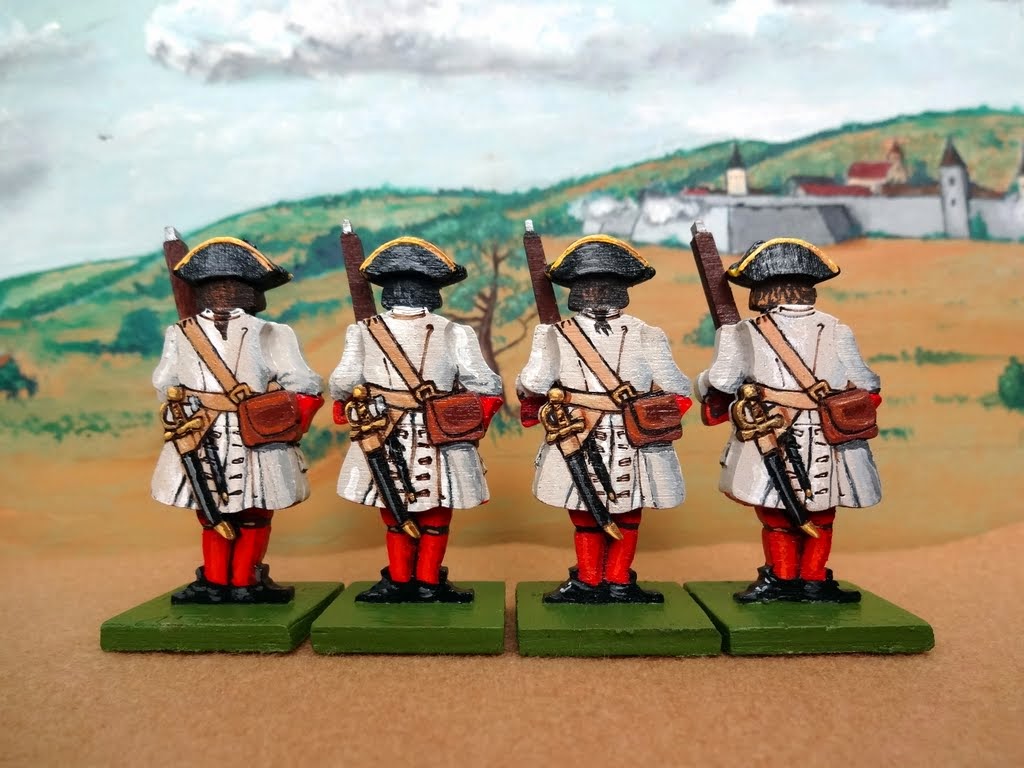 The bayonet scabbard is also something I painted on, if it's not good that's on the painter and not the designer. 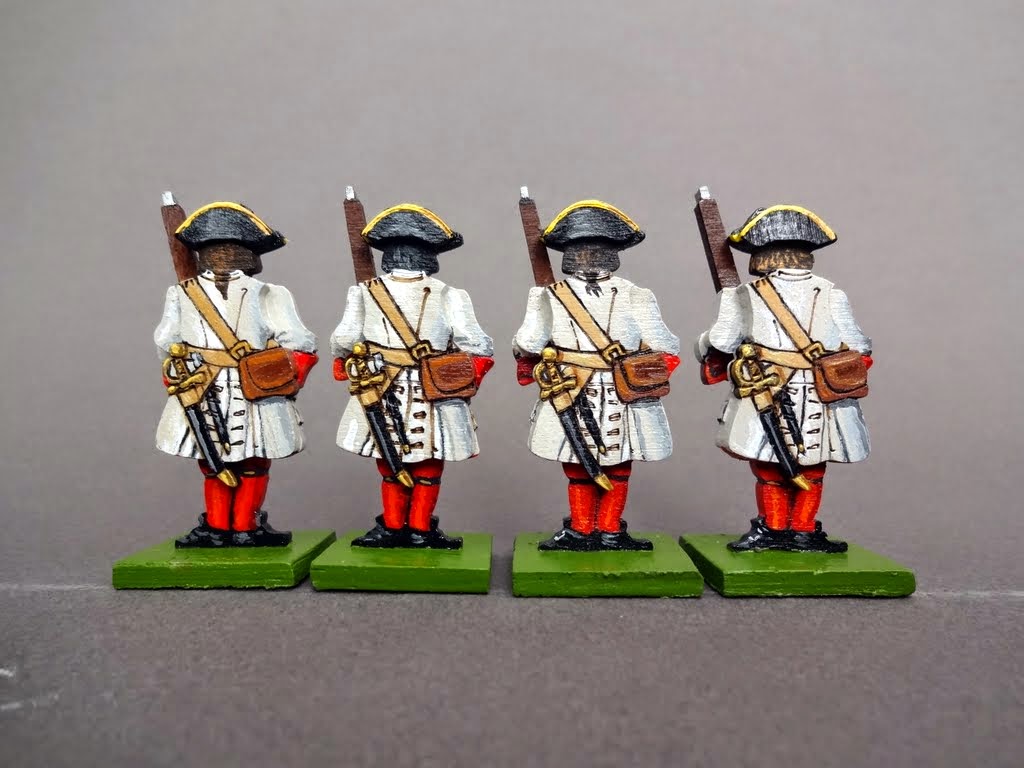 I'll delve into some of the challenges involved with scaling these down from the kid's toy soldier size in a subsequent post, and as Thomas and I work through continued development.  Besides pushing the laser process at the lower limits, another issue is this:  although they're "flat", they are also multi-part figures glued together in layers. So what works quite well visually at 54-60mm doesn't necessarily work as well at 45mm when the thickness remains the same and the ratio of height:width:thickness now altered.

More to follow. I also got reinforcements for the Toy Town soldiers, and am still working on those.

Posted by Corporal_Trim at 9:12 AM