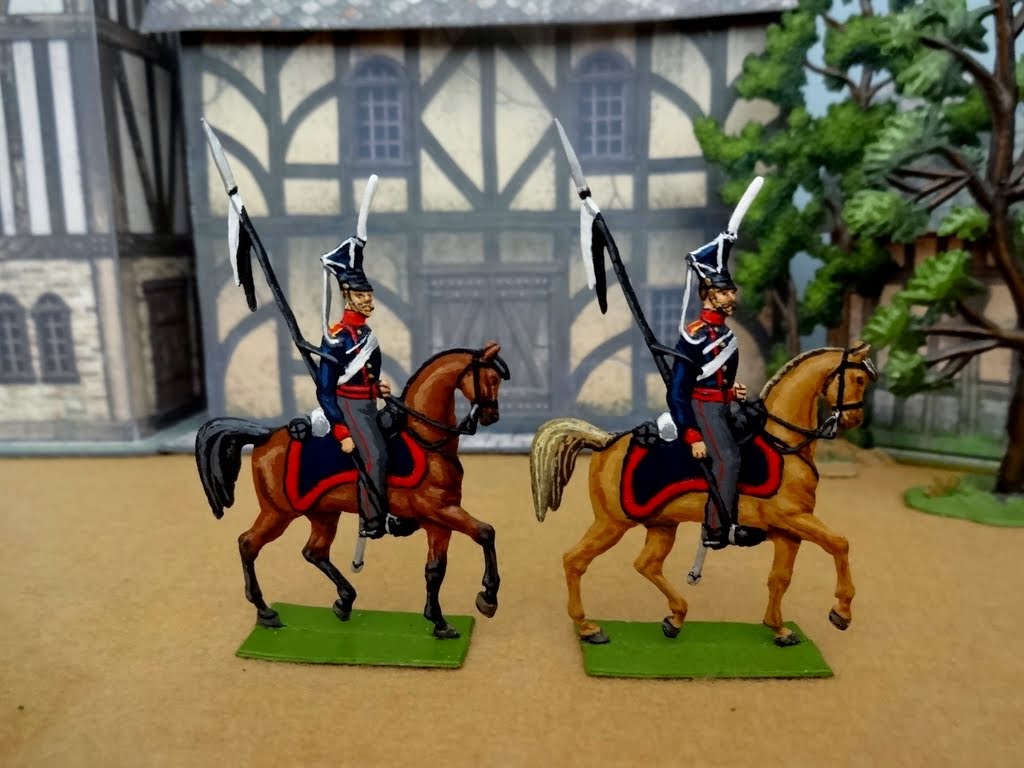 Here's painted samples from a nice set of Rieche uhlans which I've had on the back burner for some time now.  No particular project in mind here, it was just a good set of castings for which curiosity finally got the best of me to see how they'd look with the paint on.

Rieche Brothers was a flats firm located in Hannover.  Love their figures, beautifully engraved and well animated. Nominally 30mm, they all seem to measure consistently at 33mm.  I have two other sets of 19th Century infantry from this maker, one painted and the other as yet unpainted castings, both very appealing as well.  The factory was destroyed by Allied bombing during WW2, unfortunate collateral damage so far as flats collectors are concerned.  I'm no Rieche expert but their sets do pop up on German eBay and the Berliner Zinnfiguren Flohmarkt now and then so apparently they produced in enough volume that the figures can still be found.

This set of castings contains 11 figures, an officer, two buglers and eight lancers. No standard bearer although one of the buglers could be converted. 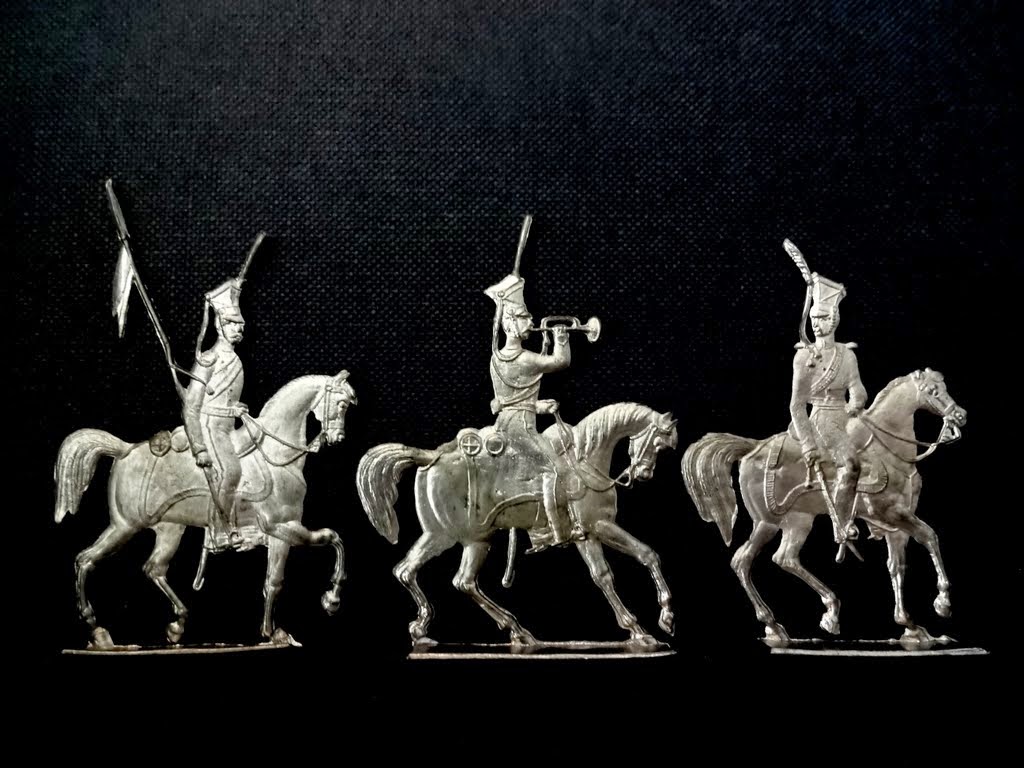 I originally had in mind some other army, but they match the figures illustrated here so exactly that I just painted them as Prussians. 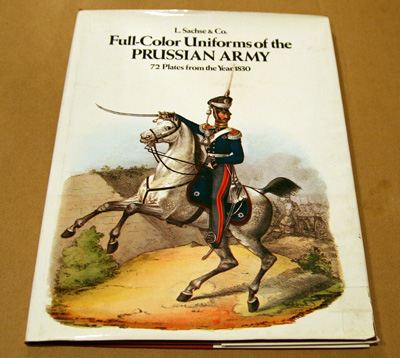 How'd they turn out ? 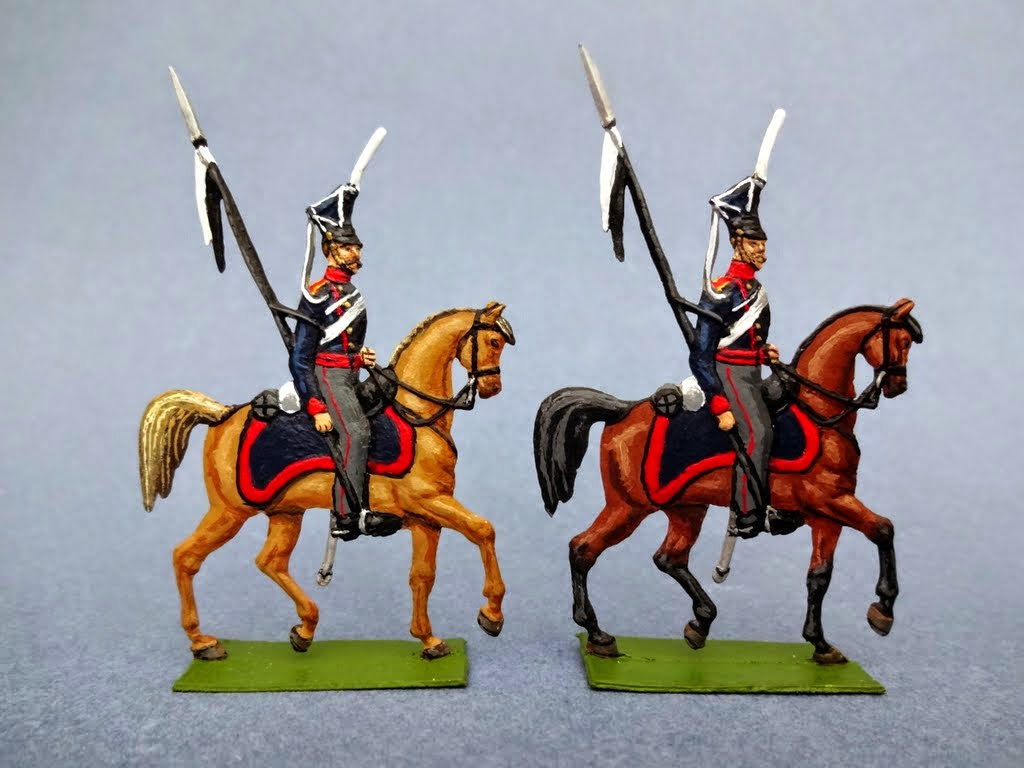 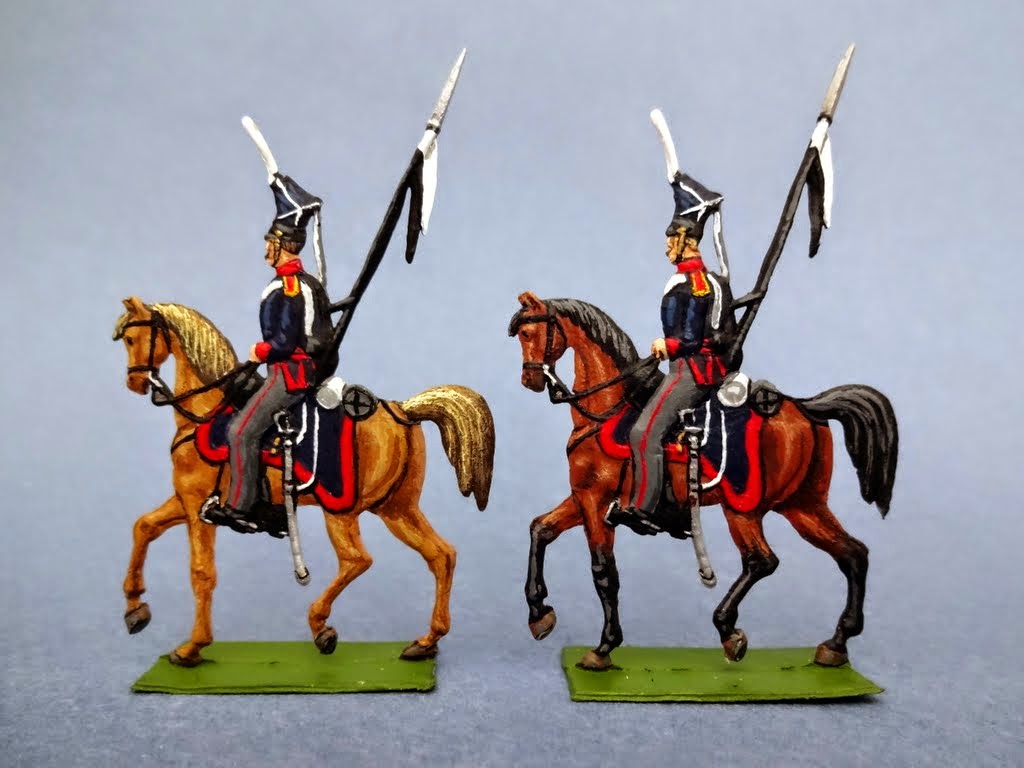 Although not exactly posed for battle, they're still quite lively and I do like this set.
Posted by Corporal_Trim at 4:20 PM