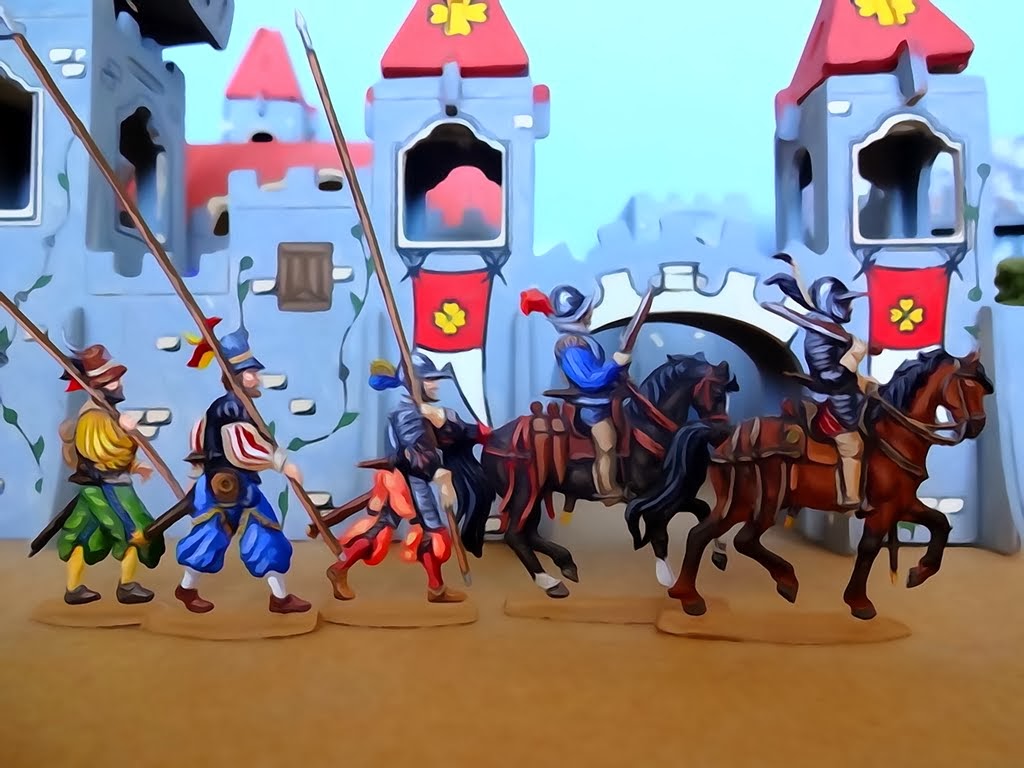 Got around to painting some examples of the Wohlmann figures which I bought from Alexander Wilken a while back.  Here are the two main cavalry poses. Actually there was another but he did not seem to survive getting lost in the mail.  Alexander was went to a lot of trouble to replace the lost shipment so I didn't pester him about it. 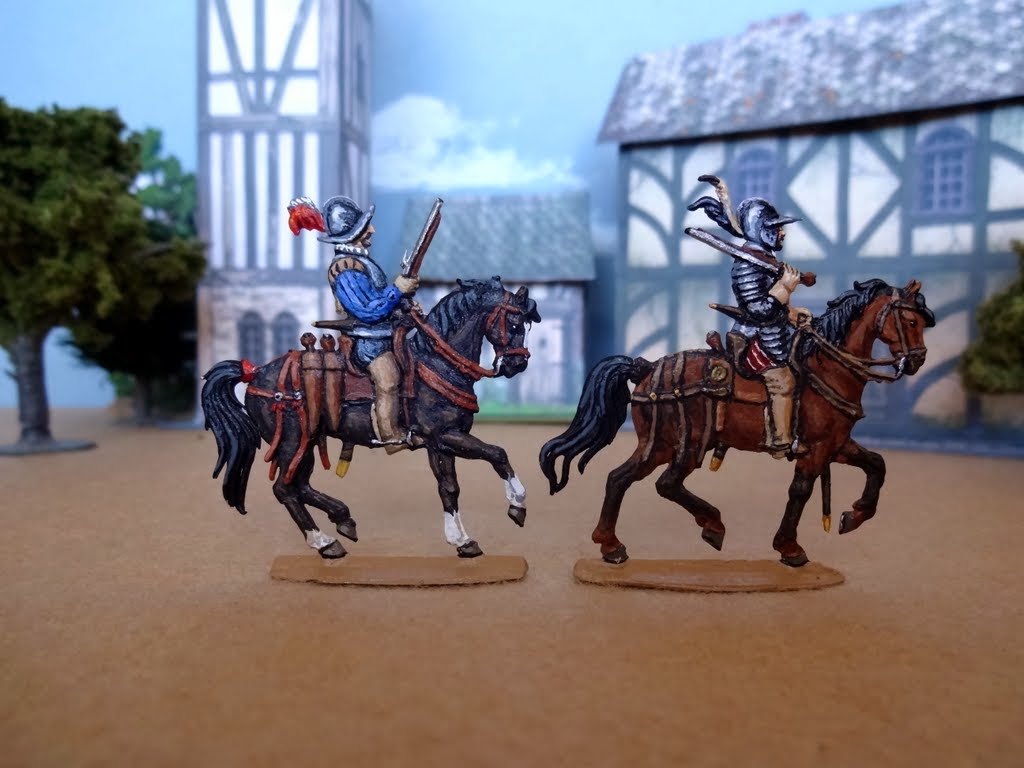 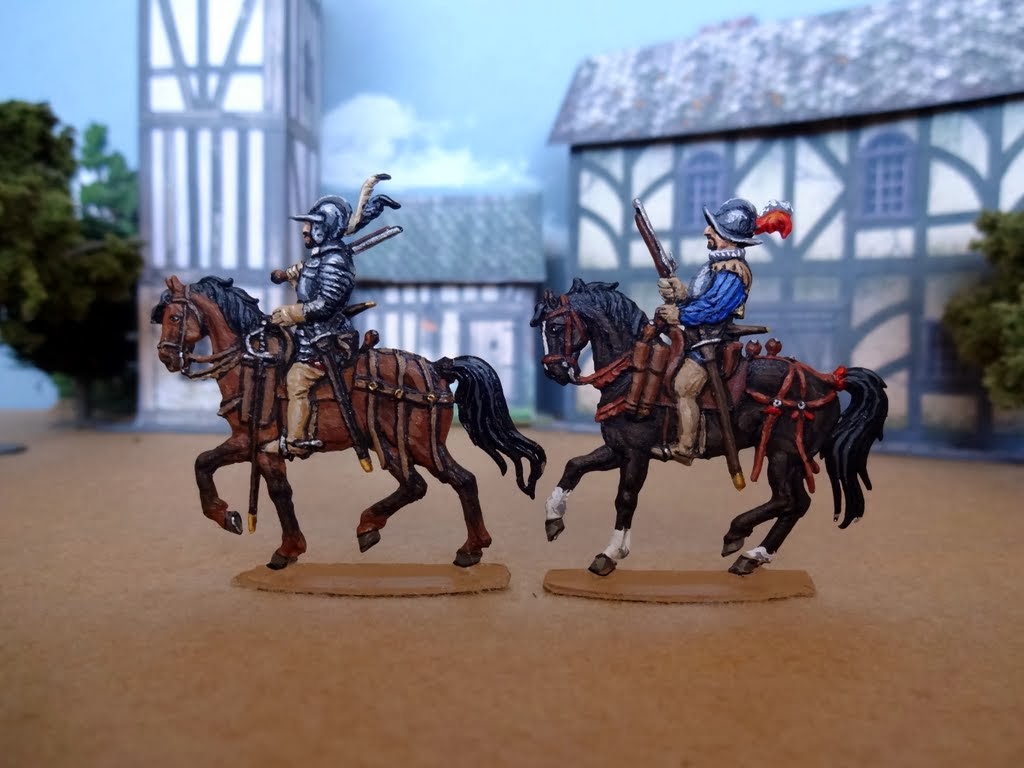 And the three types of Landsknecht pikemen.  I won't quite say that I'm intimidated by painting landsknechts, but perhaps due to some lack of imagination, I tend towards feeling somewhat overwhelmed by the wild freedom of choice in the color schemes.  So it's a matter of just painting something, anything on the figures and if you paint a few duds, well there's always relegation to the inside of the formation for them. ;-) 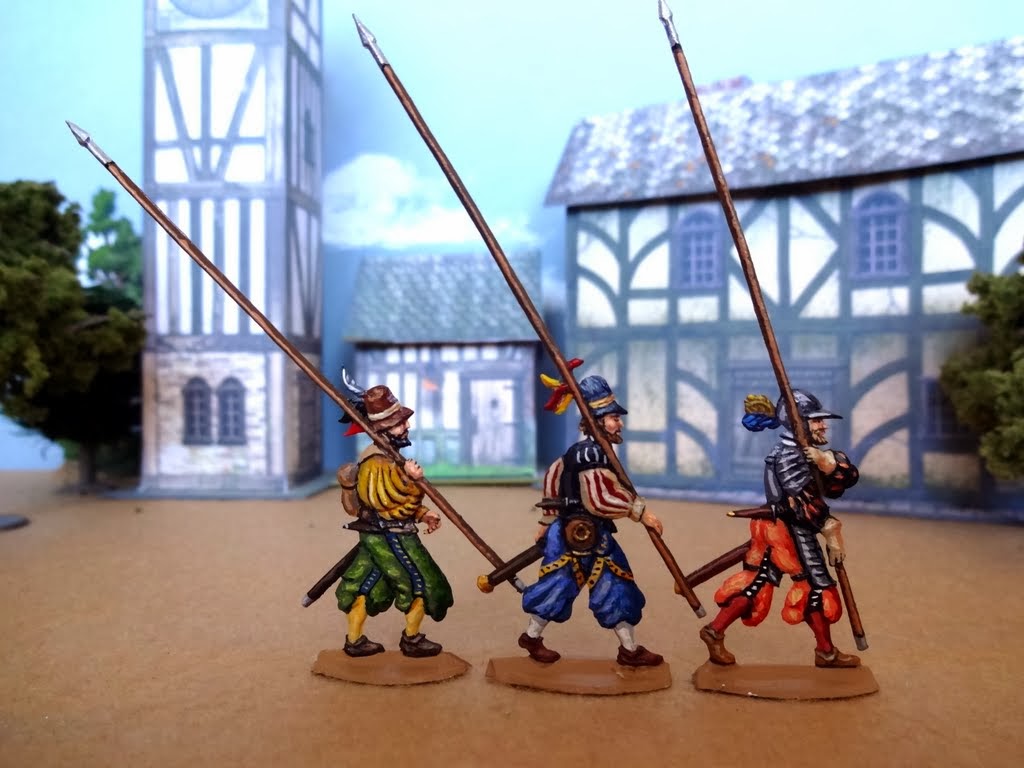 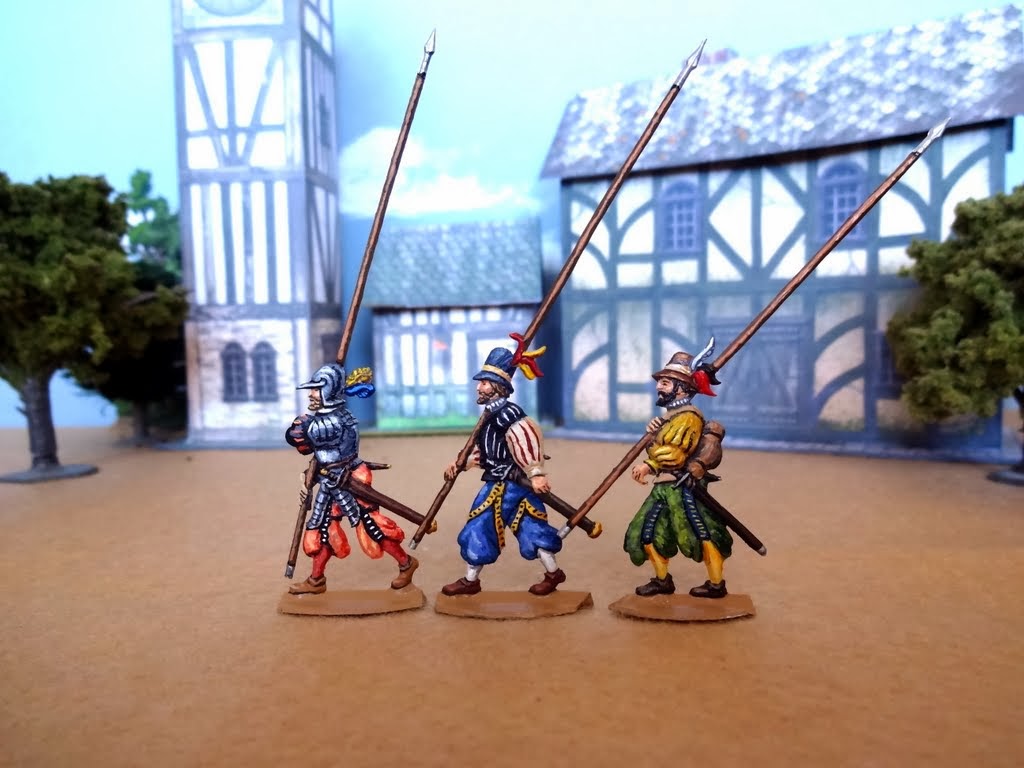 And a group shot, same as above without the camera's "watercolor" filter. 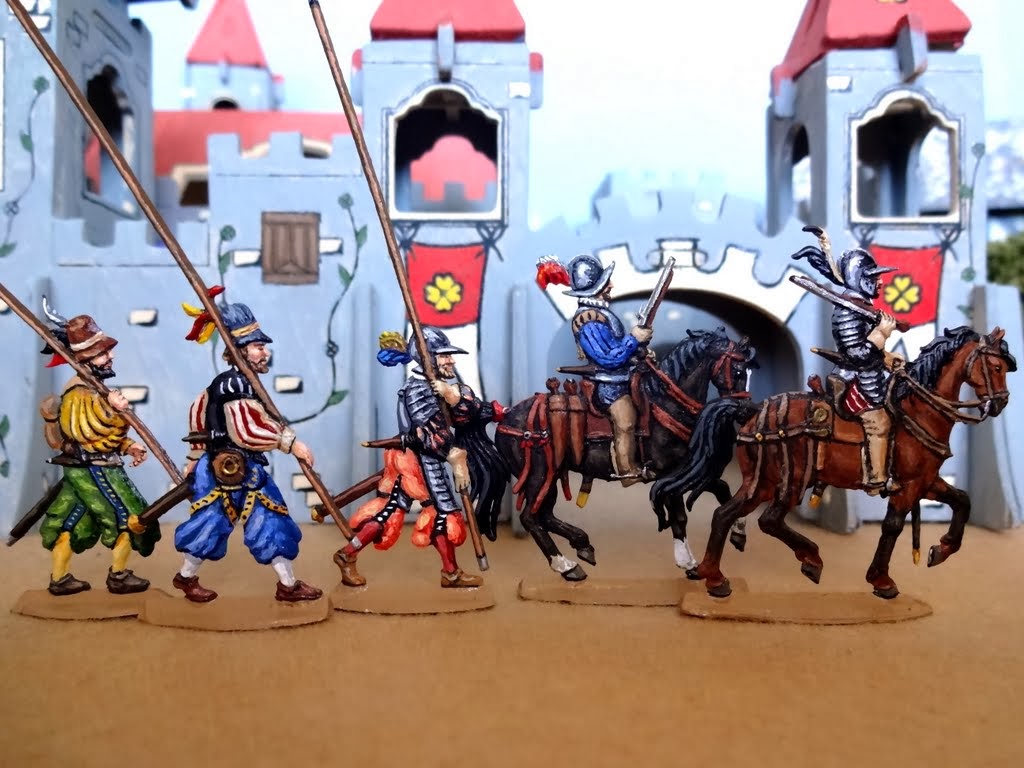 Next up, working on the 40mm general from the Heinrichsen Rossbach set. He's coming along pretty nicely, I think.
Posted by Corporal_Trim at 3:26 PM