In the previous post, I indicated that I had made a miscalculation on the scale of ships to be used for my imagi-nations project.  That is, the 1/1800 ships don't match my existing BMC fleet. For example, armored cruisers in comparison. 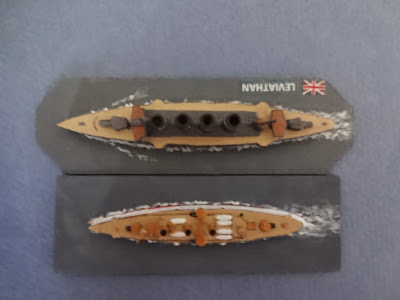 But, since I have the 1/1800 samples, let's at least see what we've got here.   Shapeways is an option if you like the 1900 era in this scale. Of course, the A&A War at Sea tie-in is at play for the Shapeways ships.  So as you might expect, WW2 is much in evidence, as well as some very nice what-if ships for refighting scenarios from the Bywater novel, The Great Pacific War.  But, there are ships for the Spanish-American War.  Here we have a good portion of the Spanish fleet on a sprue. 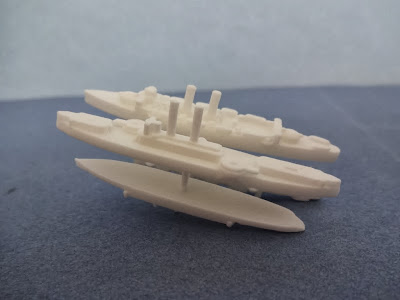 I painted the Brooklyn. Interesting that this ship is cast in the semi-transparent plastic as used by WTJ, vs. most being the white plastic as seen above. I added the .015" masts and shimmed the base with a thin layer of styrene. 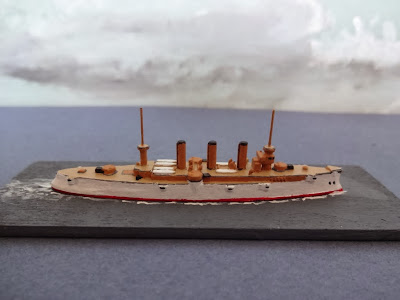 Next up, the HMS Thunderchild. HG Wells aside, It's a good generic pre-dreadnought, suitable for British or Japanese battleships in this style.  A sturdy model with the masts already done. The white plastic is slightly rough in texture, but hardly noticeable once the paint goes on. 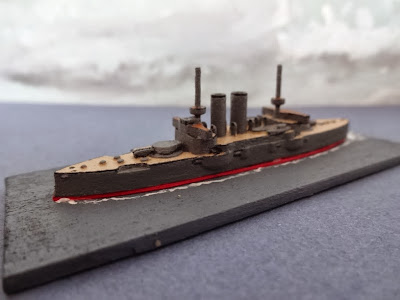 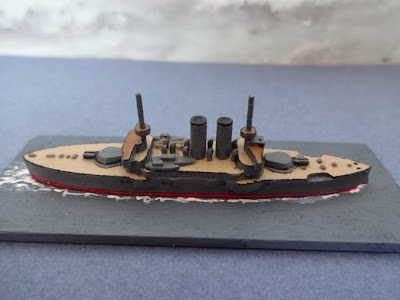 You do get good value for the money at Shapeways, but for high caliber models, nothing beats the Rapid Prototyped WTJ ships.  http://www.wtj.com/store/index_paint_guide_hist-photo.html

First up, we have one of my favorite pre-dreads, the Russian Retvisan. Built in Philadelphia, I like the look of it compared to the French style of most of the Russian battleships. Painted her in the peacetime livery. 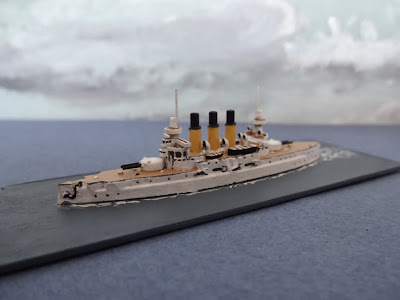 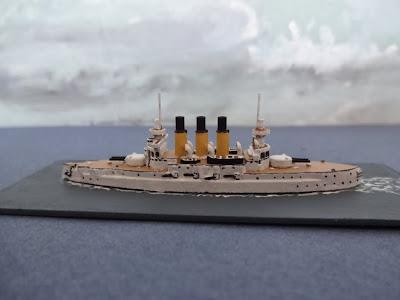 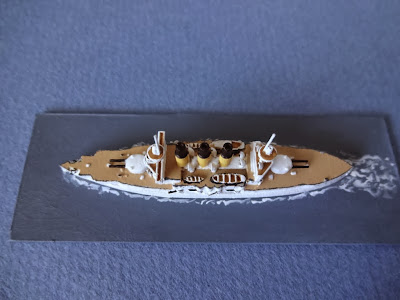 And a German battleship, Kaiser class. Some care must be taken with these models, they are tough but not indestructible. Unlike the 1/1500 ships, these examples have no pre-drilled hole for the upper masts, should you care to add them. I ham-handedly snapped off the rear mast of this ship while inserting the wire, had to drill and pin it to the deck to salvage the model.  I also trimmed the wire a little too close, but once done there was no turning back. 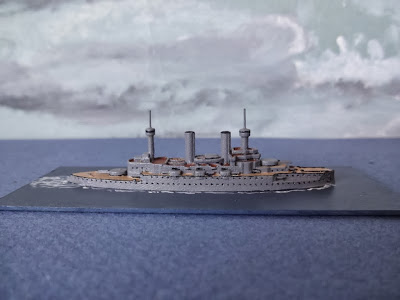 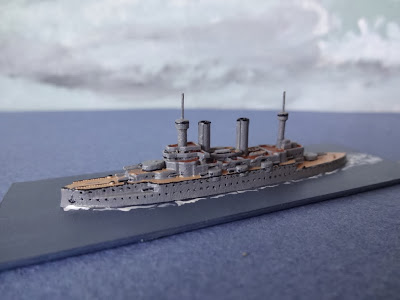 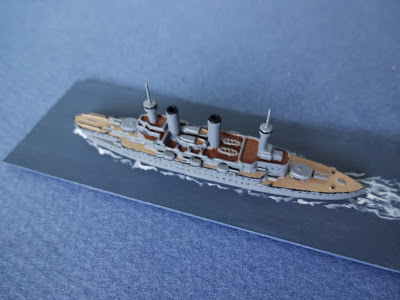 Kudos for WTJ for a process which packs such detail into a small package. But what I like best is the scaleability.  The same ships, your choice of anything from 1/1500 to 1/3000.   And my final decision for the Weltkrieg project ?  1/1500.  Fortunately WTJ had some samples in stock, and thus allowing me to avoid the production queue time,  I ordered some.  Love the bigger ships and examples to follow shortly.
Posted by Corporal_Trim at 11:05 AM

Email ThisBlogThis!Share to TwitterShare to FacebookShare to Pinterest
Labels: 1900, Naval