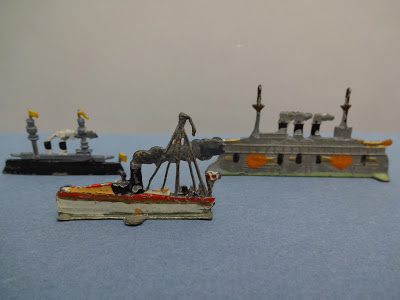 Recently bought on French eBay.  Reasonably priced, they were worth going for.  The cream of the crop was a battleship in the style of HMS Victoria, but I dropped out when the bidding went north of $30.  As you might expect, the factory paint is hastily done. The small battleship also had a broken base.  The ships are actually quite small relative to the Spenkuchs, between 4-8cm in length.

The larger ship (armored cruiser ?) has raised lettering on the bottom of the end bases, "L.P" and "Paris" respectively. Any ideas as to the maker ?  The torpedo boat is pretty generic but the other two ships certainly have that French look.  Let's see how they look with the paint removed. 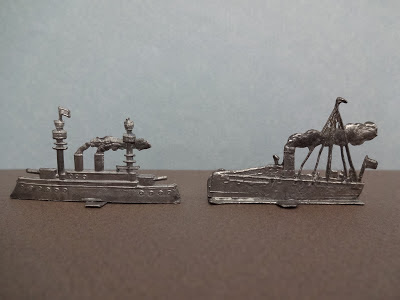 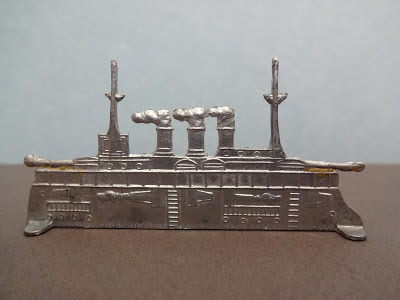 I messed up the small battleship, managed to break off the stern mounted ensign while wiping off the paint stripper.  On the plus side, I did give it a base (made of wine bottle foil folded a couple of times for added strength). 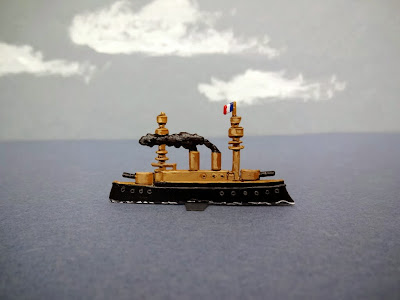 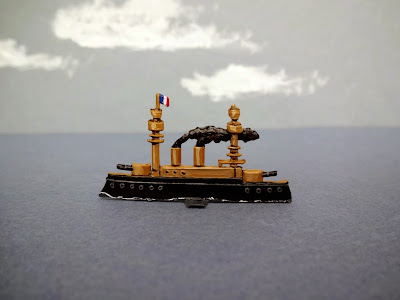 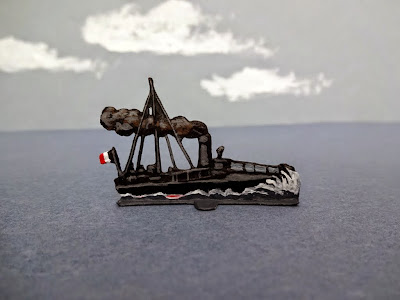 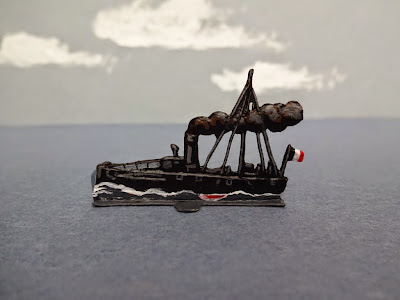 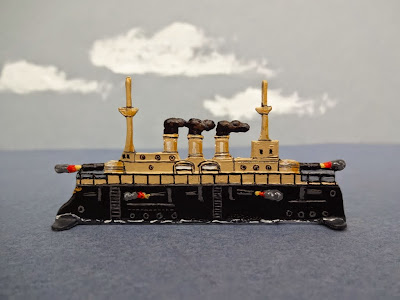 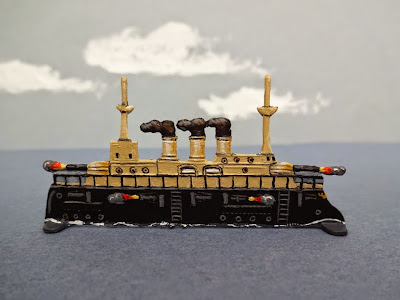 I'm not completely satisfied with my tromp-l'oeil attempt to lower the decks fore and aft on the armored cruiser but it's still an improvement on the original, I suppose. Or perhaps not. With the old flat soldiers I'm pretty confident that I can always better the factory paint but in the case of these ships perhaps the repaints didn't justify removing the original antique finish.

Anyway, after this brief naval interlude we'll soon return to land warfare. I'm on the last four Prussian infantrymen now so should have the battalion finished and photographed in a week or so.
Posted by Corporal_Trim at 9:27 AM